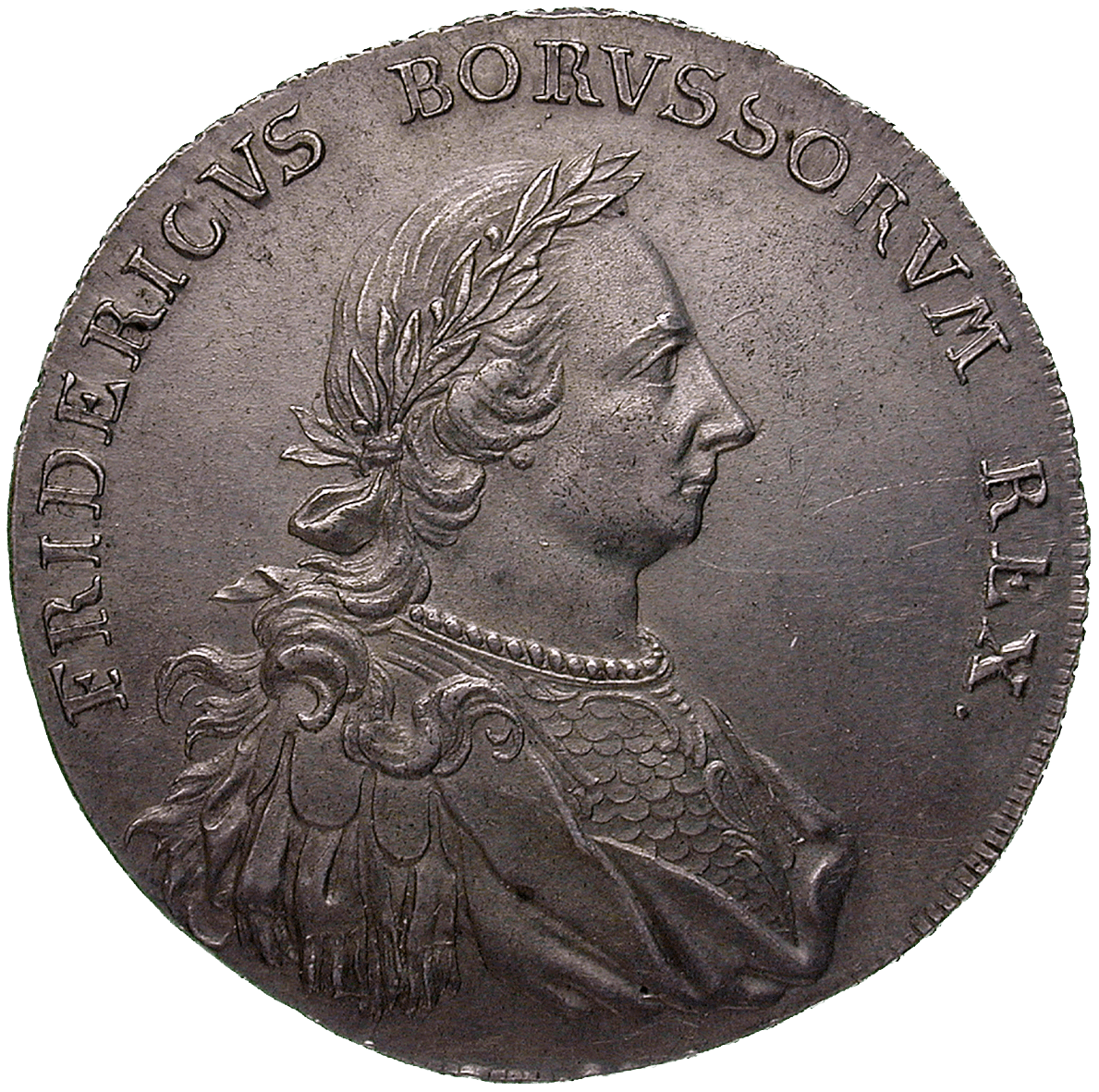 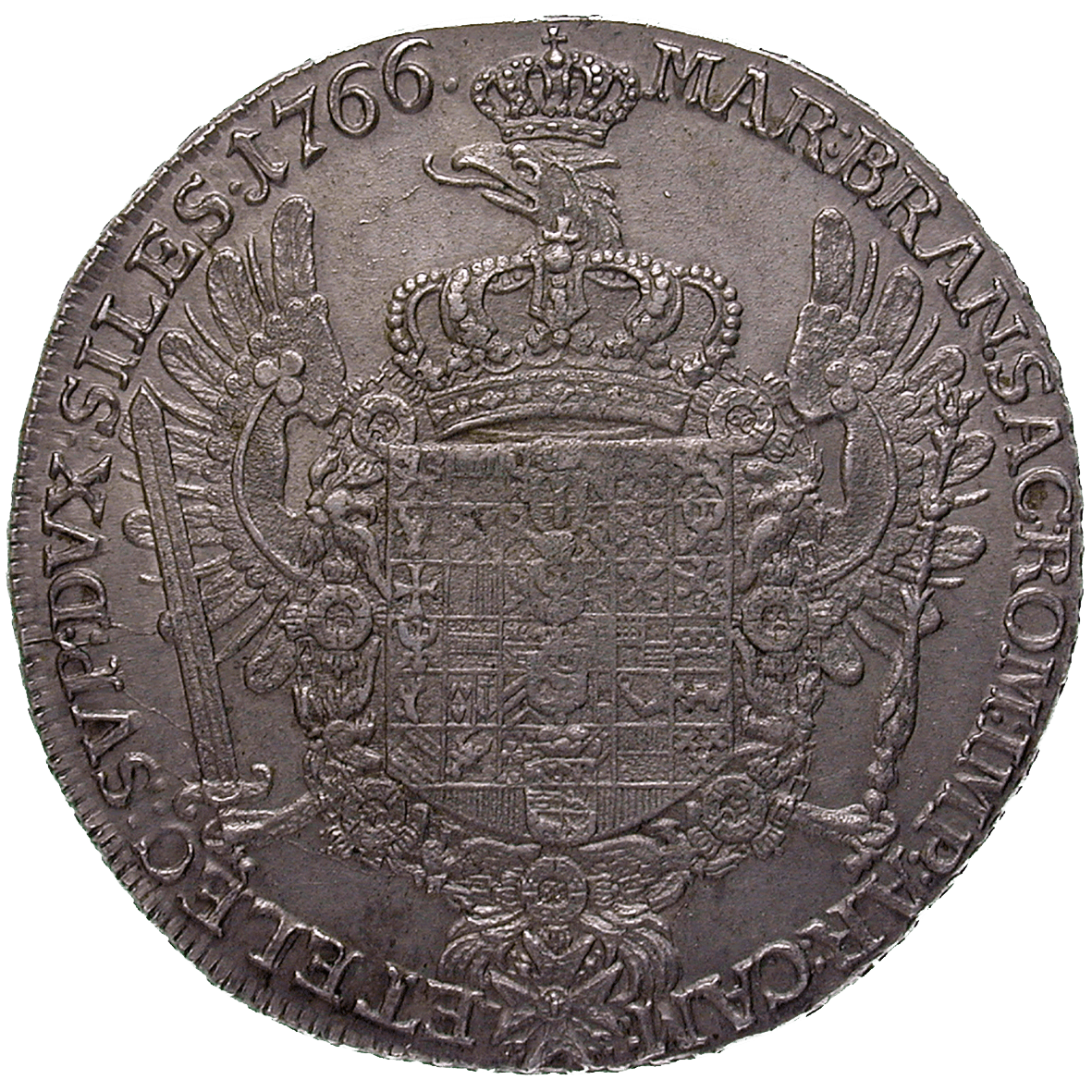 In the 17th and 18th centuries, so-called Levant talers were minted for trade with the Levant. The Levant comprised the coastal areas around the Mediterranean: From Asia Minor to Syria, Egypt and Cyprus. Spices, coffee, silk and ivory, all those goods so coveted in Europe, were mainly traded in the Levant at that time. The Netherlands, Venice, Hapsburg, Bavaria and Prussia had special coins struck for trading with those regions, which belonged to the Ottoman Empire. The Levant taler of Frederick II of Prussia (1740-1786), first minted in 1766, was not very successful, however. The competition of the Maria Theresa taler, which was highly appreciated by the Ottomans, was too fierce.