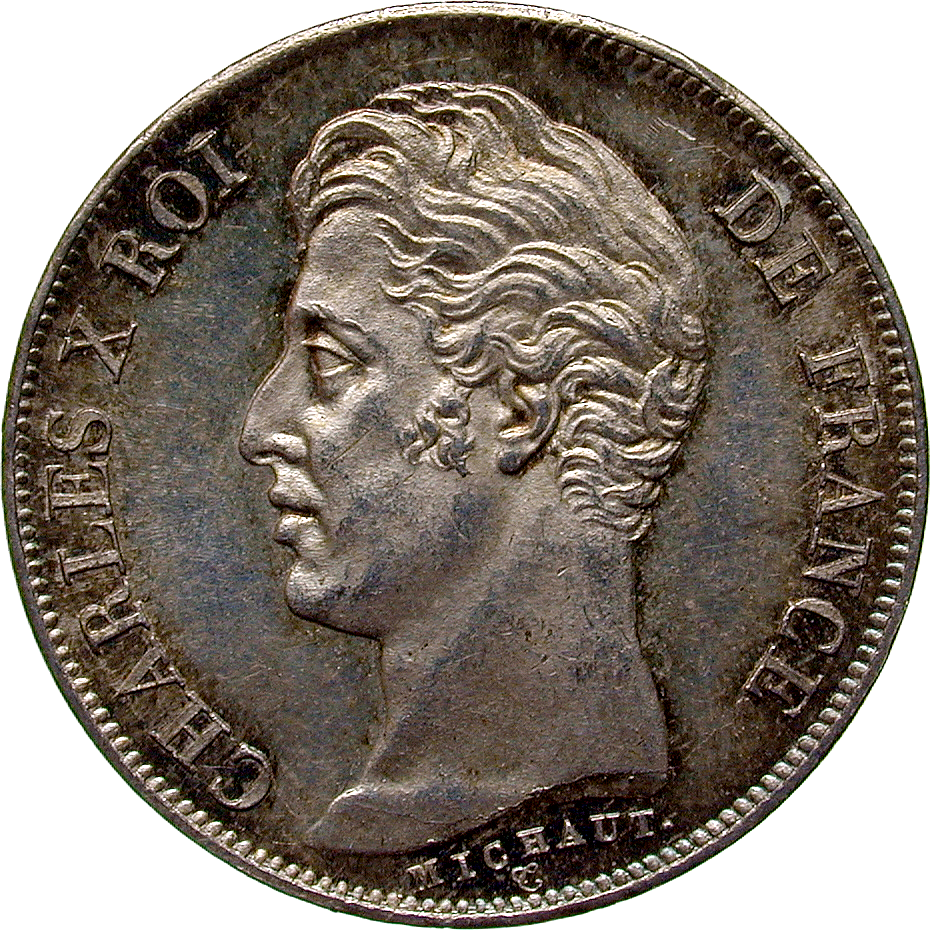 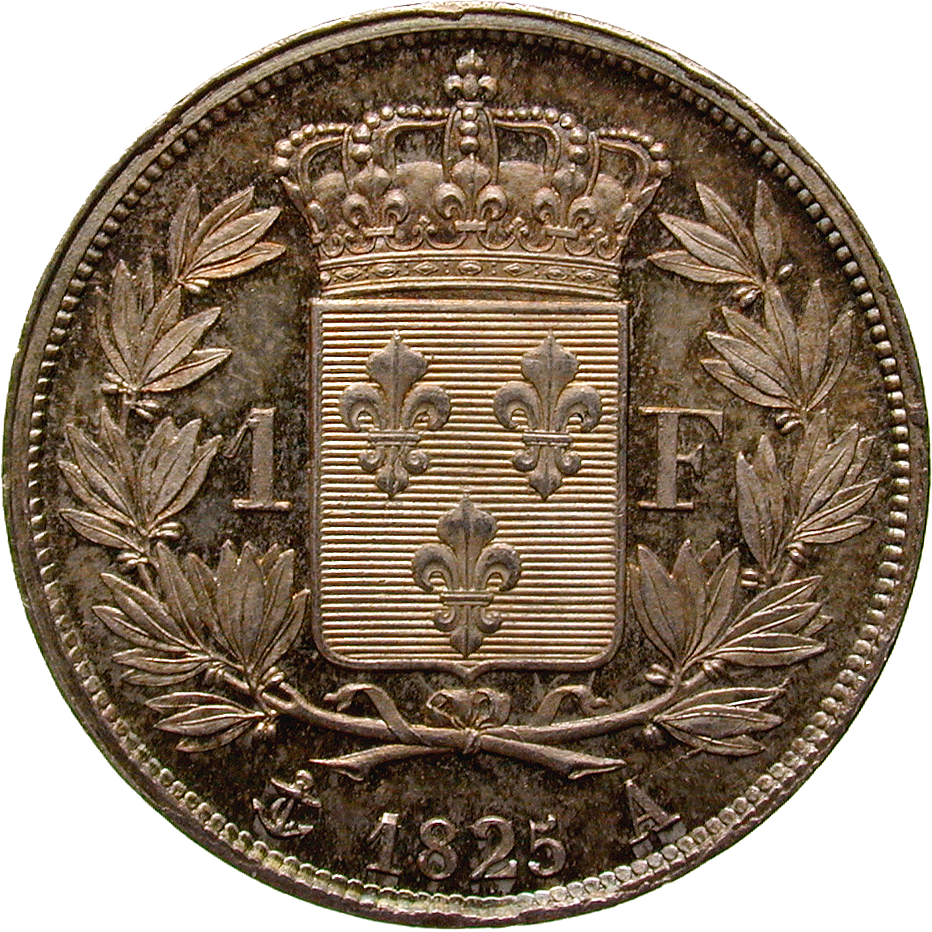 After the collapse of the French Empire and the return of the Bourbon kings, the French coins once again depicted the royal portraits and the Bourbon lily banner. Charles X was the youngest brother of King Louis XVI, who had been executed during the French Revolution of 1789. After the restoration of the Bourbons Charles returned to France from his exile in England, and ascended to the throne in 1824. He adhered to a conservative policy, and by favoring the church and the nobility provoked fierce opposition among the people. In 1830, the situation culminated in the July Revolution. At the beginning of August, Charles had to abdicate, and to return to his British exile.