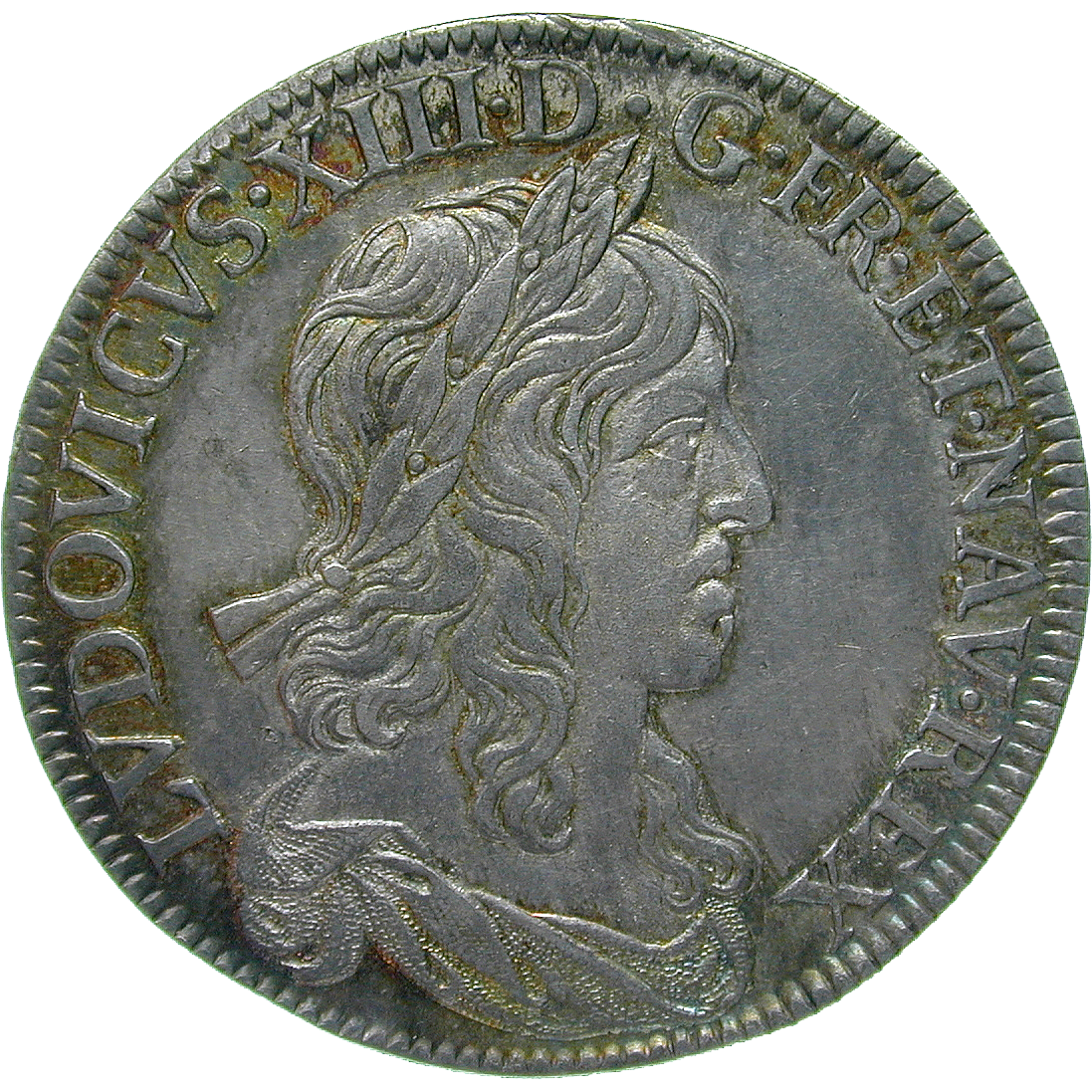 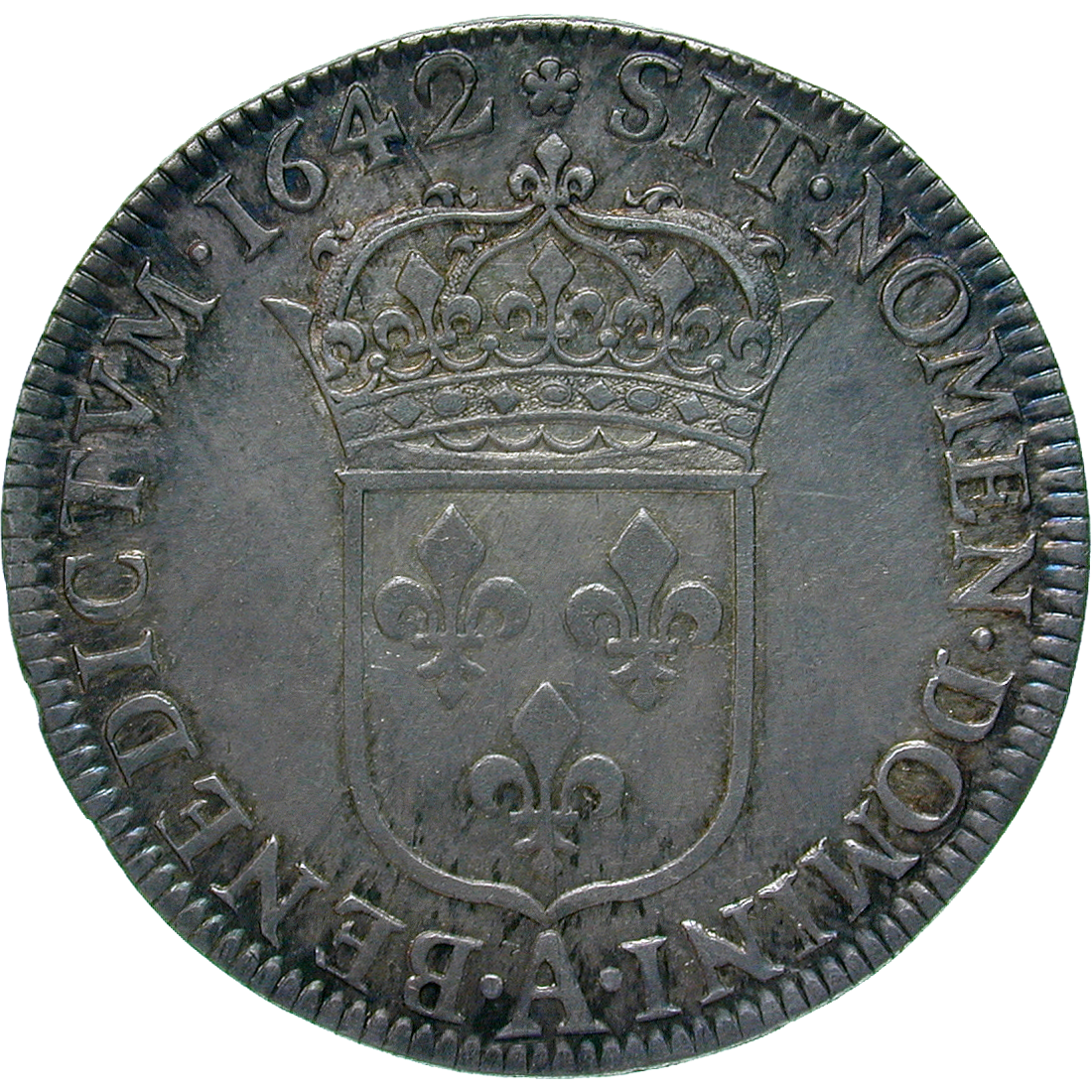 Jean Varin was a renowned medalist and busy as engraver for the Parisian mint. In de 1640s young King Louis XIII (1610-1643) commissioned him to reorganize the French coinage. Part of the coinage reform was the introduction of the silver Ecu. It was to rival the Taler in the German regions and issued with the same face designs in values of 1, 1/2 and 1/4 Ecus. The name Ecu derived from the design on the reverse, a shield, French ecu. It was the royal coat of arms.