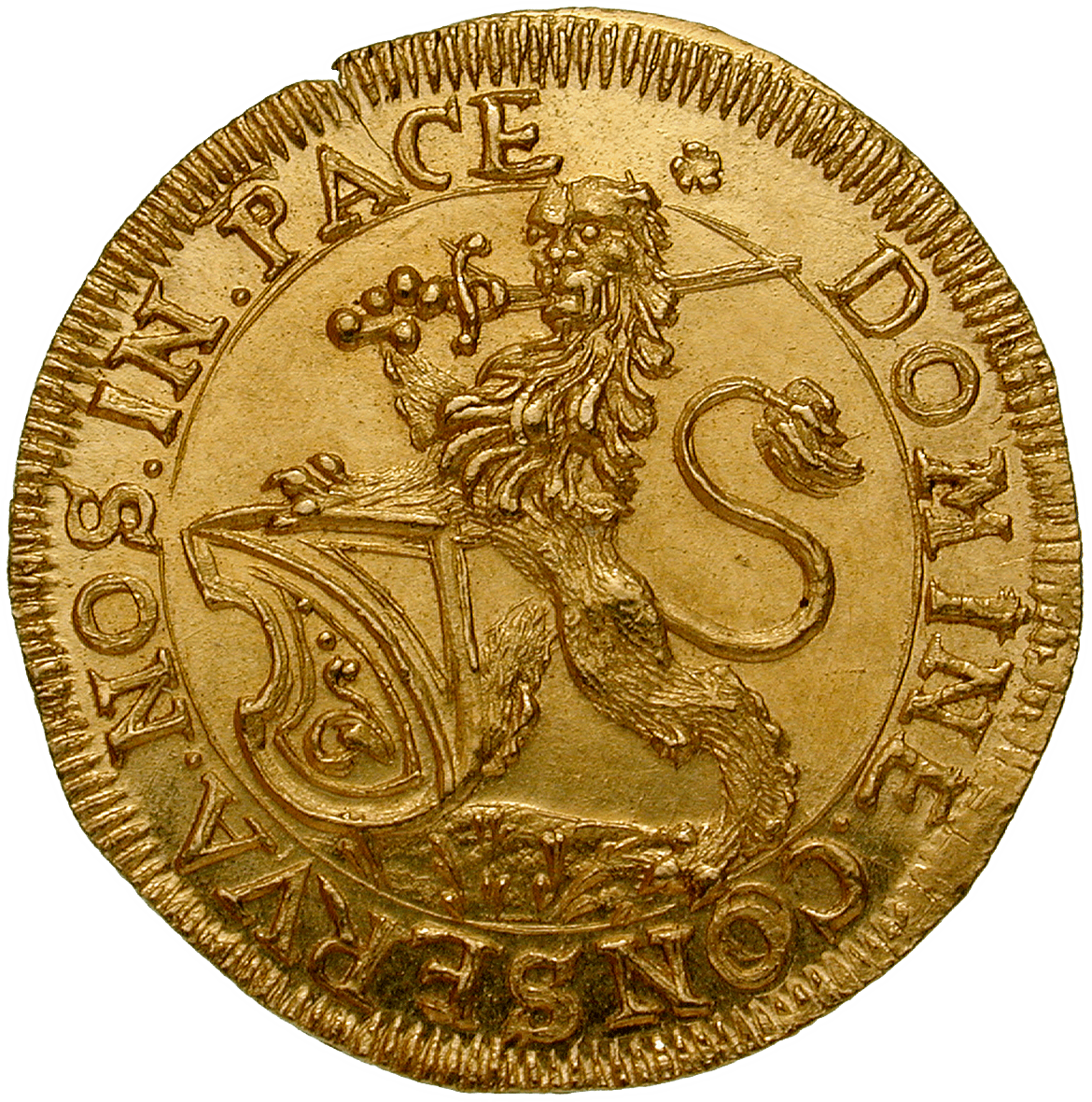 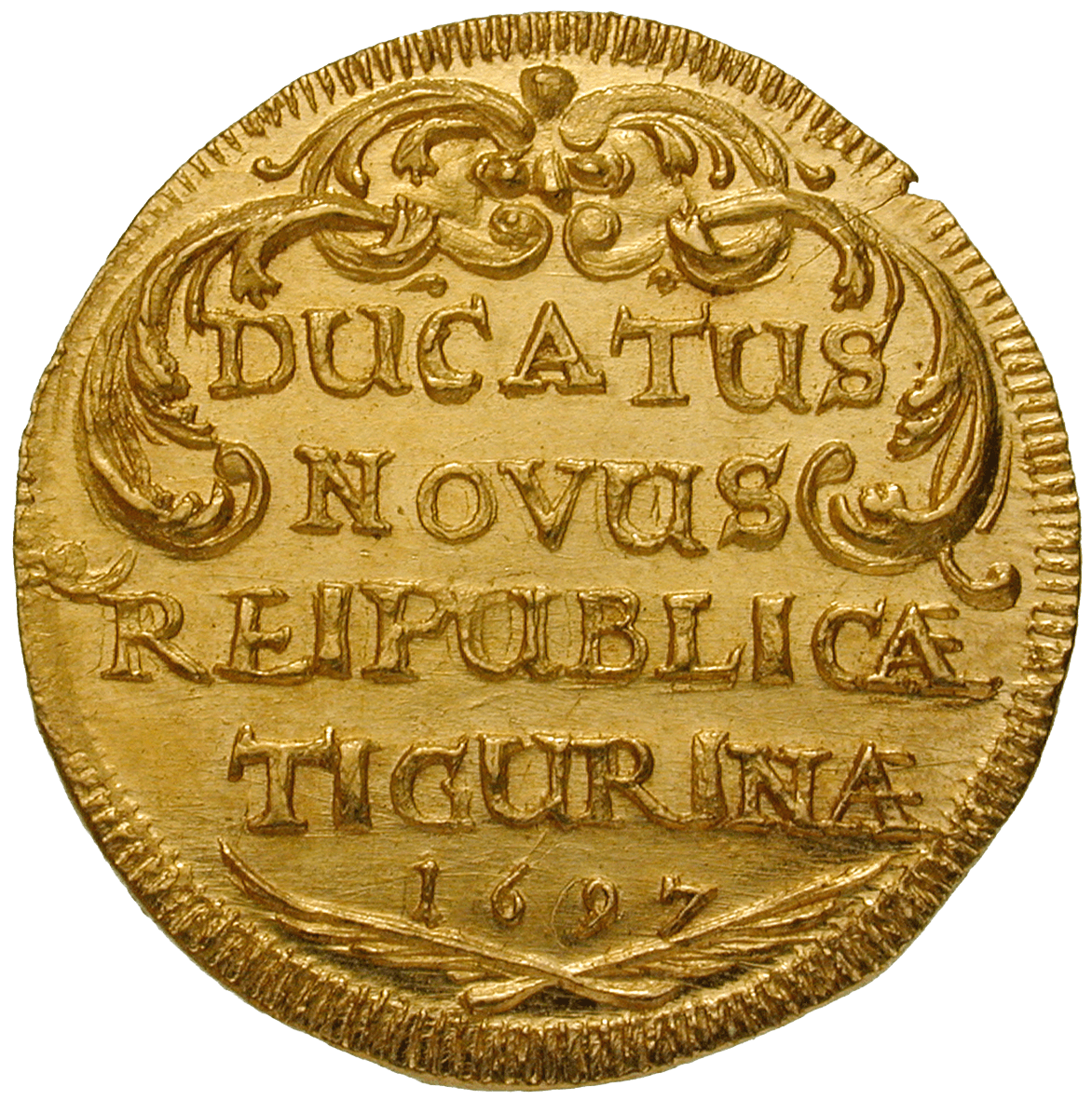 This rare and very well preserved Zurich ducat dates from 1697. The artistic working of the die is especially noticeable. The obverse shows a standing lion, Zurich's heraldic beast. In one paw it holds the arms of the city, in the other a sword. The text is DOMINE CONSERVA NOS IN PACE, Lord preserve us in peace. The reverse gives the face value, the place, and the date of minting: DUCATUS NOVUS REIPUBLICA TIGURINA 1697, New ducat of the republic of Tigurum. Tigurum was, in addition to Turicensis, a commonly used Latin name for Zurich.

From 1673 the 'U' was no longer written like a 'V' as it had been previously. That put an end to a tradition going back to the first ancient Roman coins.