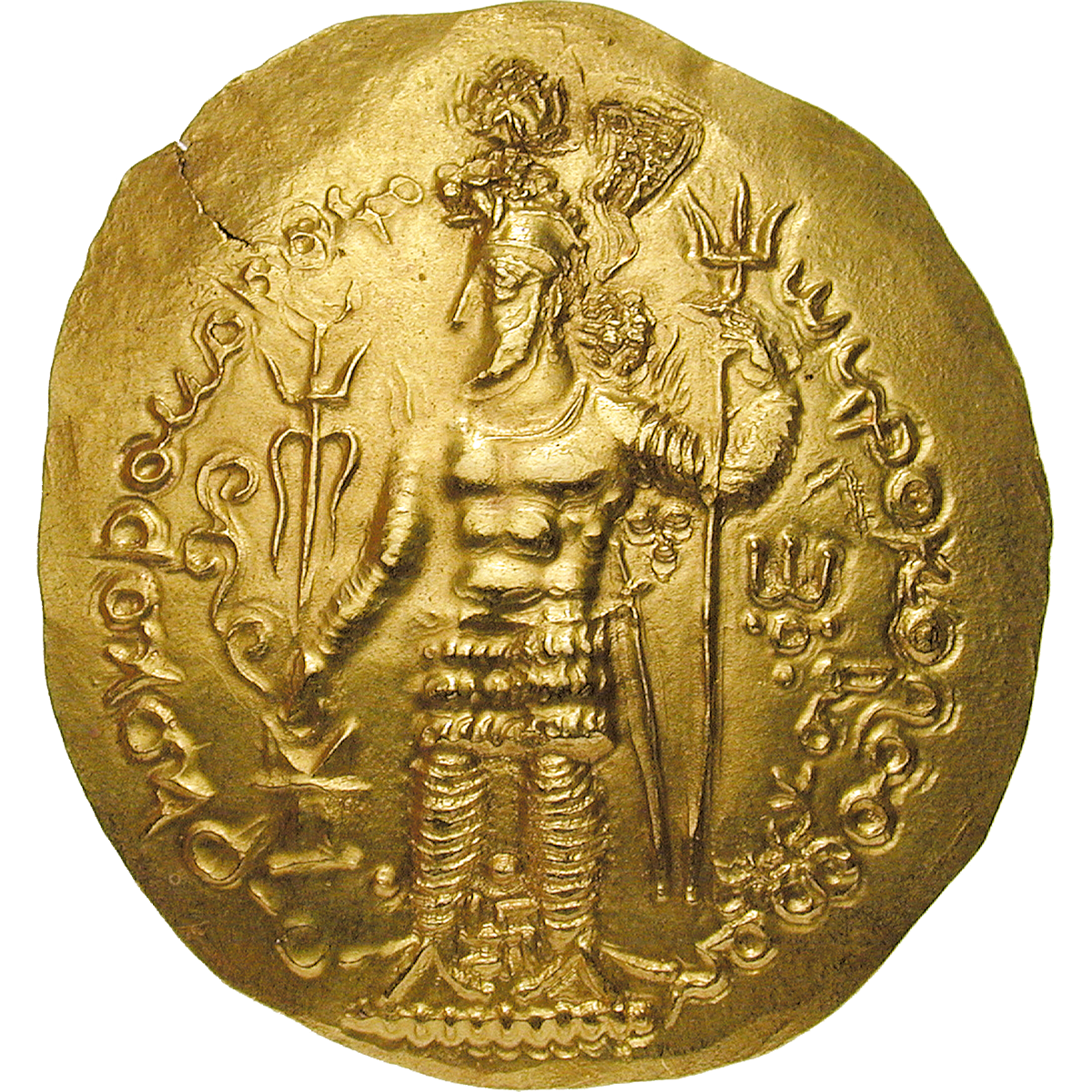 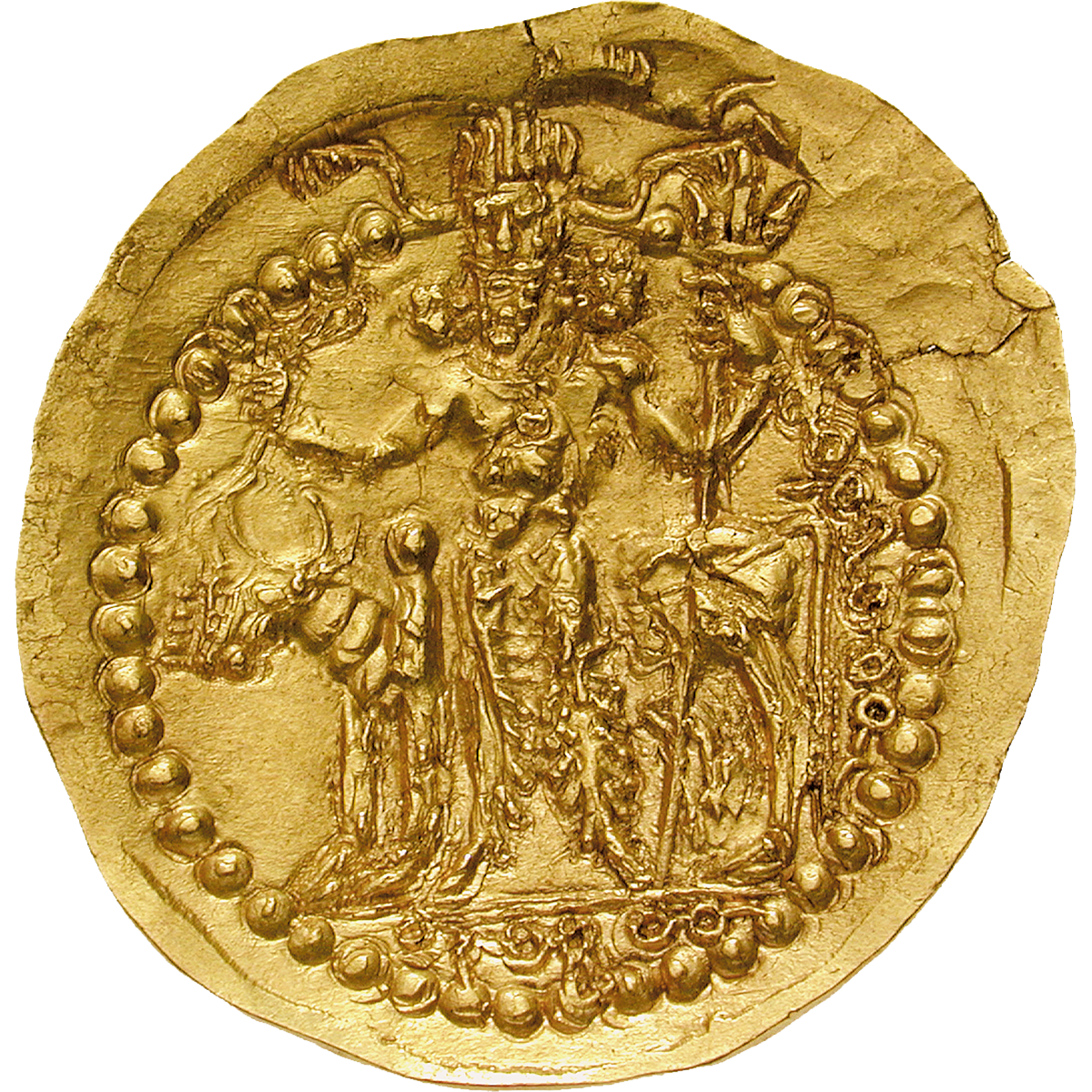 Shapur II (c. 310-379 AD) was one of the greatest Sassanid kings and supposedly the youngest king of all times, as he was crowned in utero – the royal crown was laid on his mothers womb. Shapur II is depicted on the obverse of this stater. The reverse shows the Indian God Shiva in Sassanid clothing and hairstyle with the bull Nandi. The Sassanid artists did their best to make the kings they represented recognizable as individuals. Each king had his own, typical crown, with which he was depicted on reliefs and on coins. The crown of Shapur II displayed a lion's scalp and a globe in the form of an artichoke. On this coin the king is clad in typical Sassanid trousers; he stands in front of a fire altar, the symbol of Zoroastrianism, the Sassanid national religion.