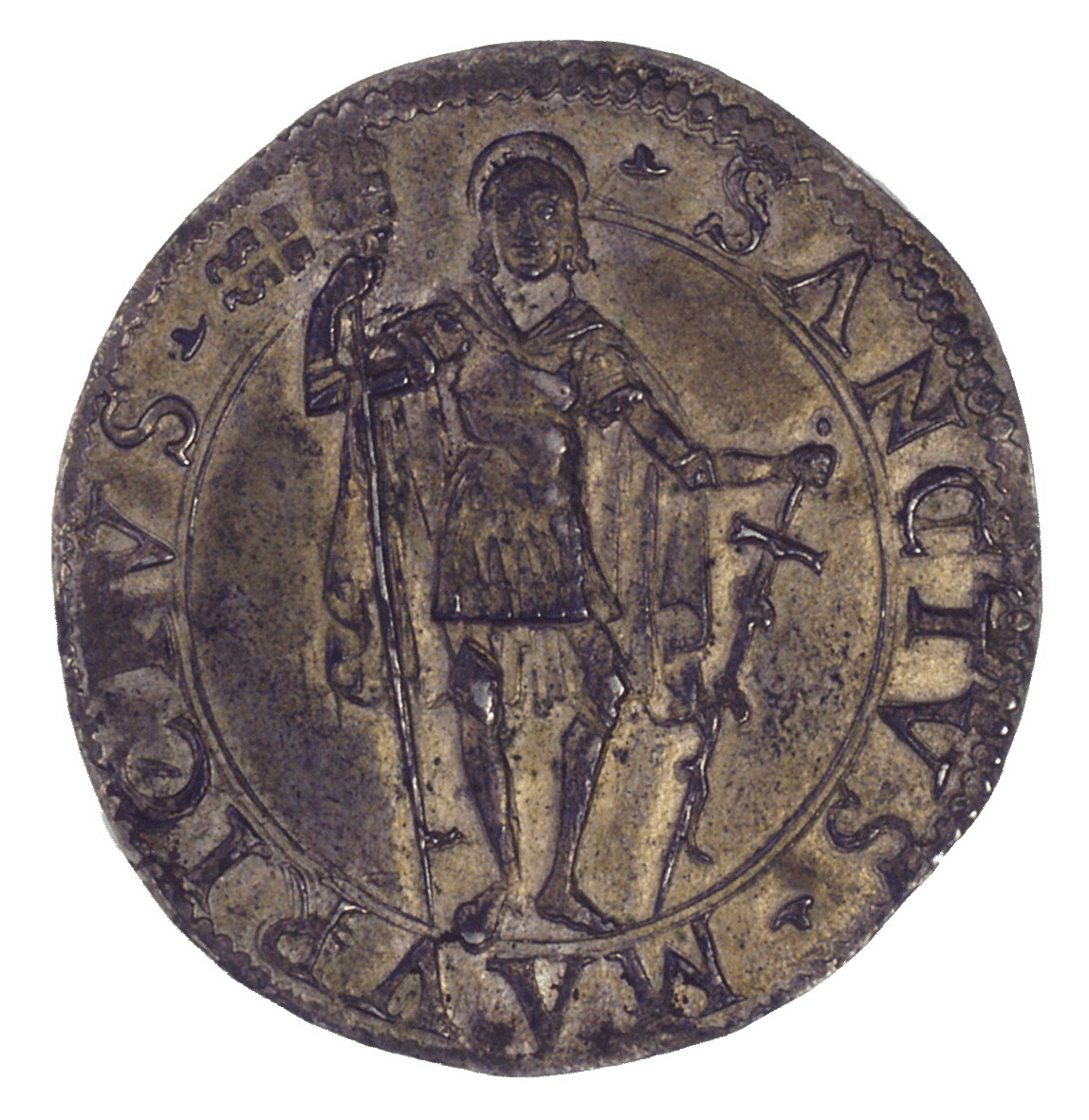 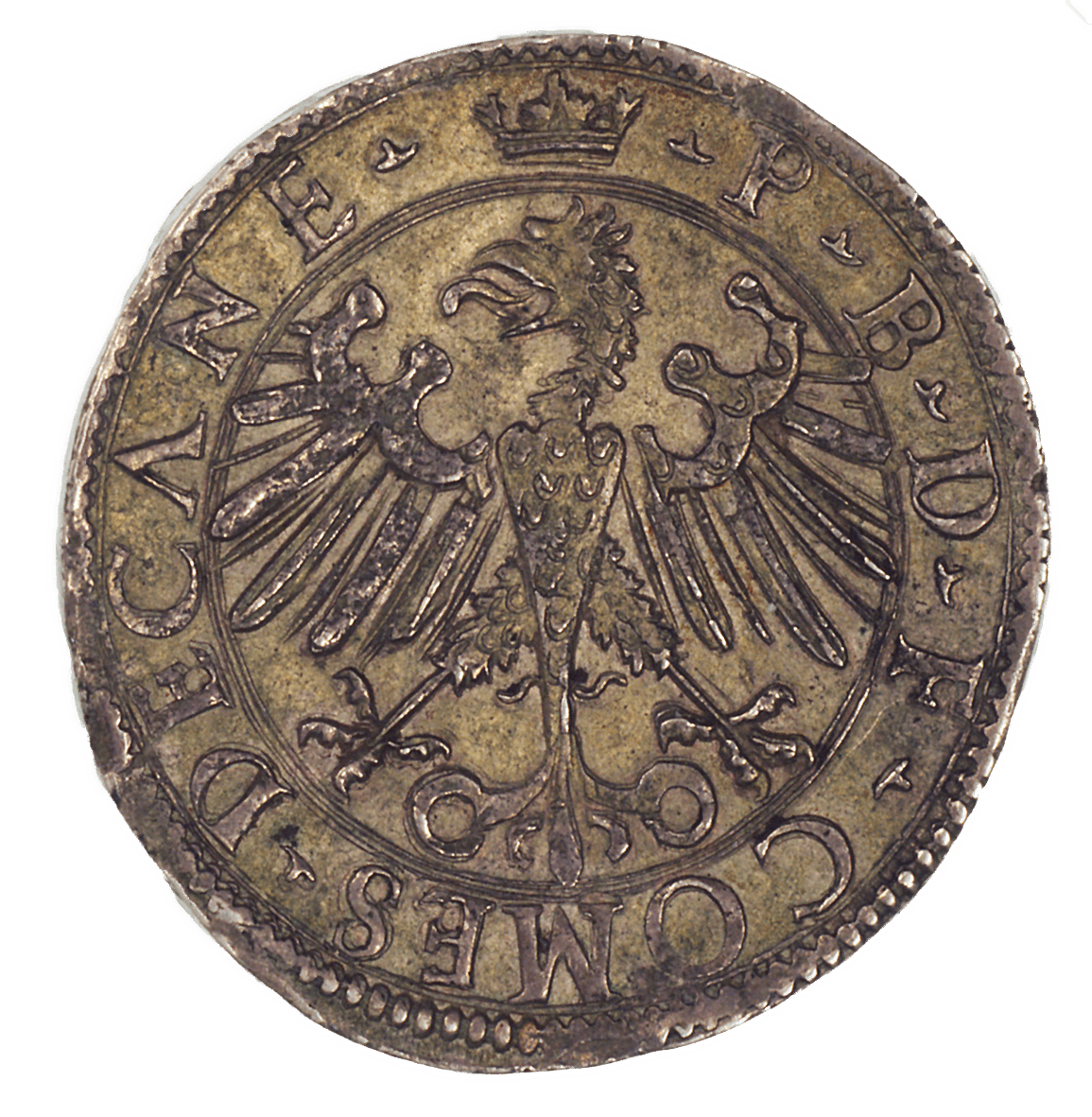 The fate of the little Duchy of Desana in Piedmont was typical for the political situation in Renaissance Italy. Desana became a scene for the power struggles between the great powers France and Germany, and as a result changed hands several times in quick succession.

This testone was issued during the reign of Pietro Bérard Signore della Faucaudière (1516-29), who managed to stay in power in Desana for more than ten years. Actually, the obverse of the coin should depict the duke's portrait – after all, 'testa' is Italian for 'head'. However, Bérard decided to have Saint Maurice, the patron saint of soldiers and armies, illustrated on this coin. The reverse shows the double eagle of the Holy Roman Empire. With this Bérard demonstrated his loyalty to the German emperor, to whose realm Italy formally belonged.