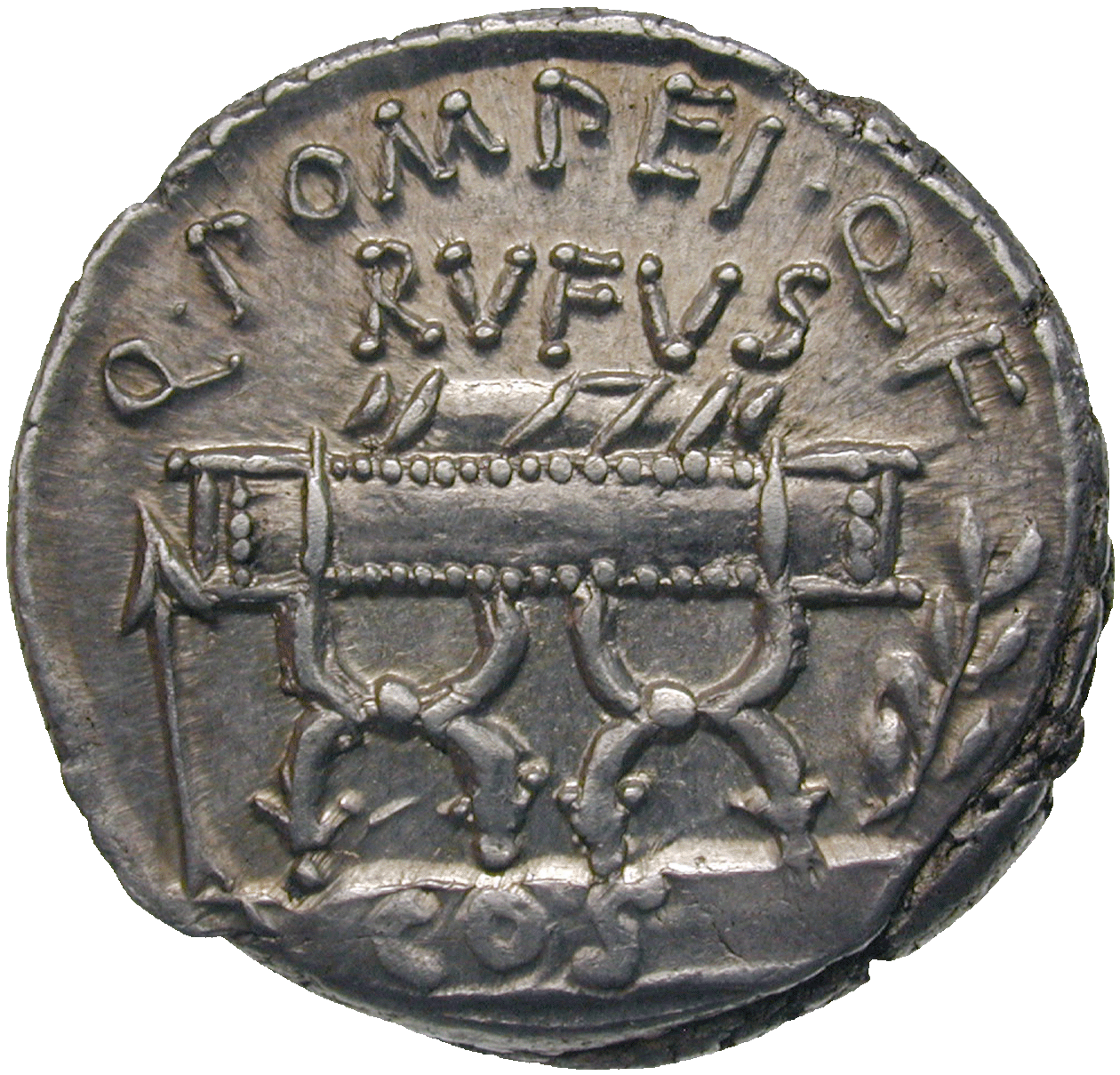 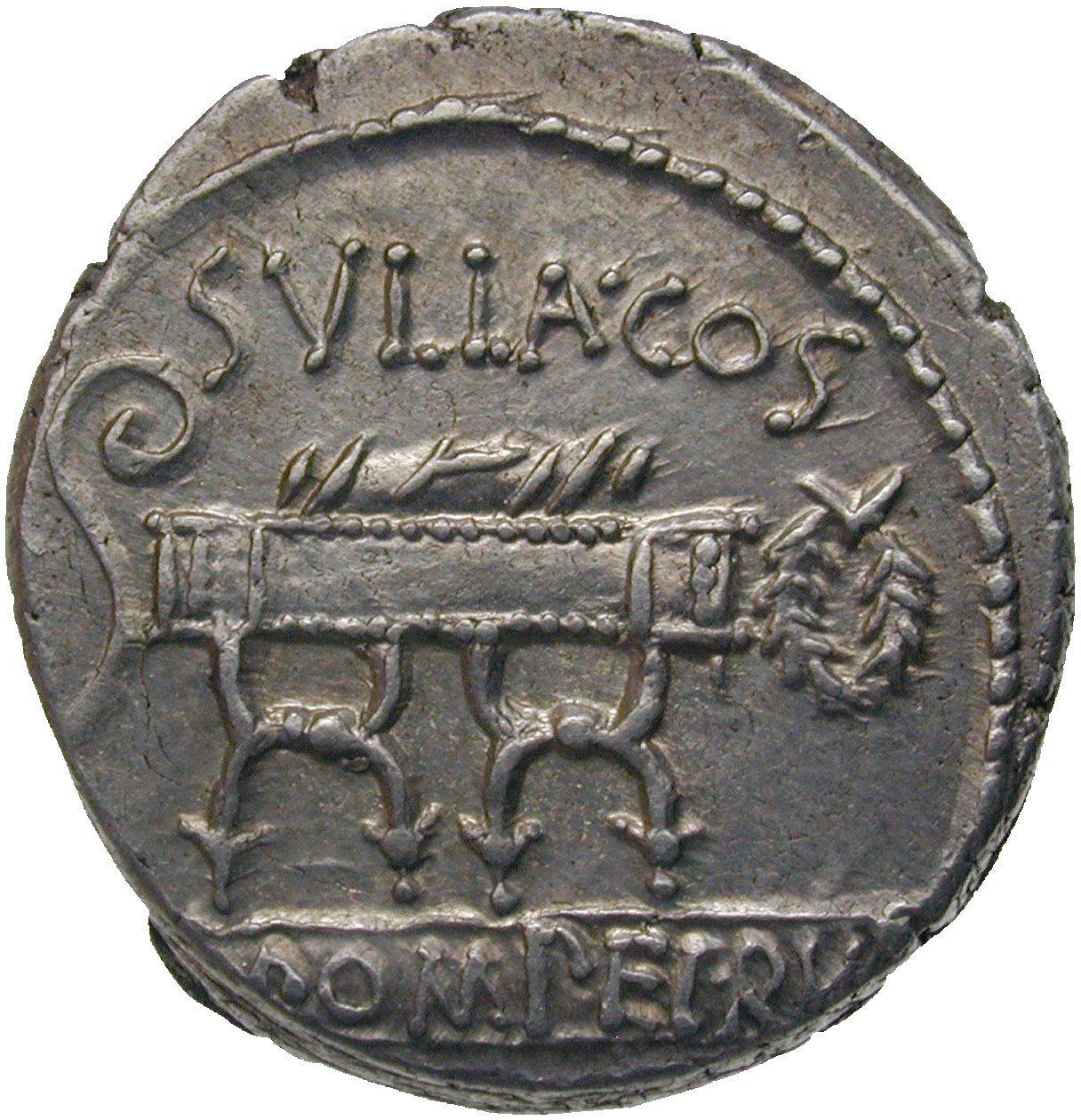 Both faces of this Roman denarius from the year of 54 BC depict a Curule chair. That was the official chair of senior Roman magistrates, and as such stood for official powers.