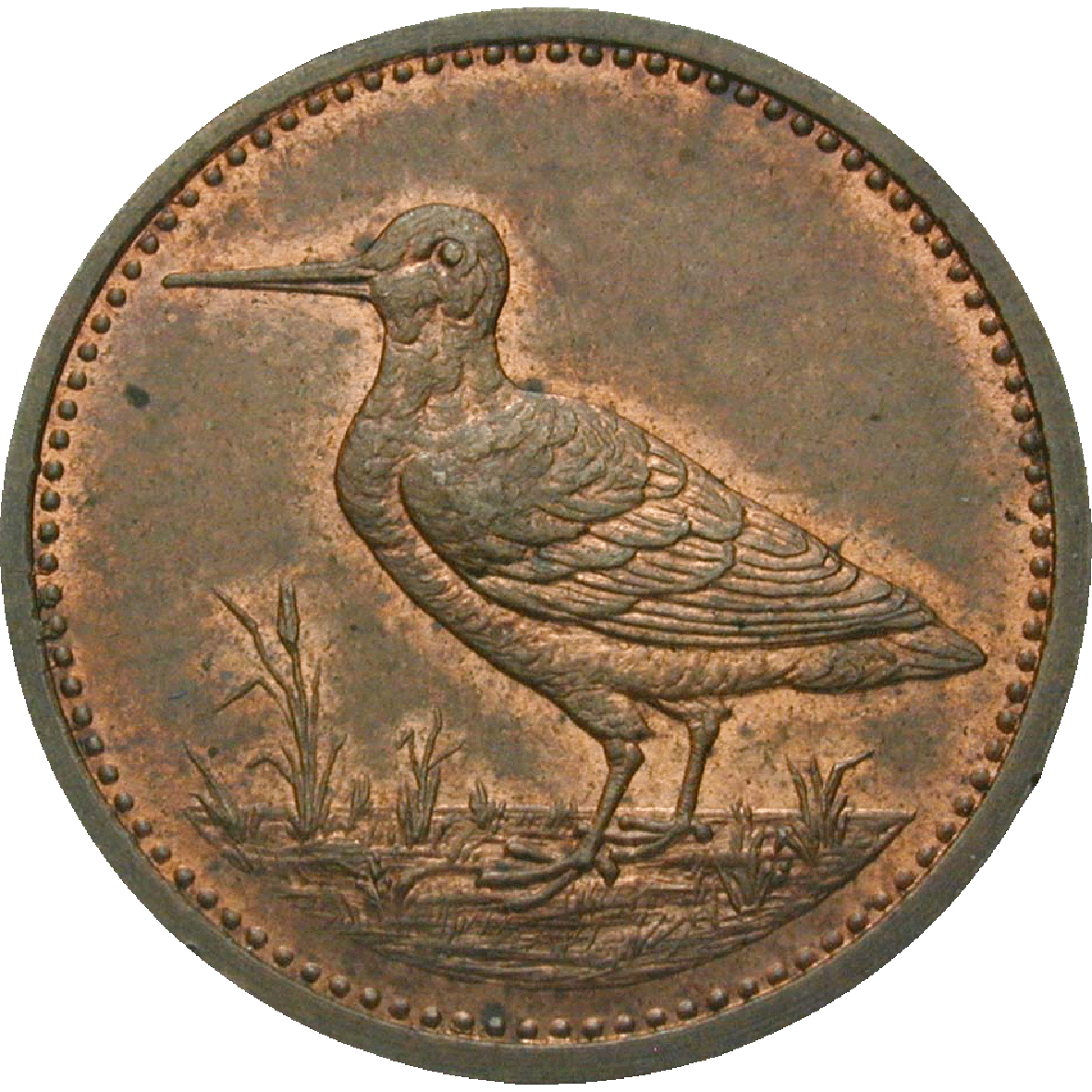 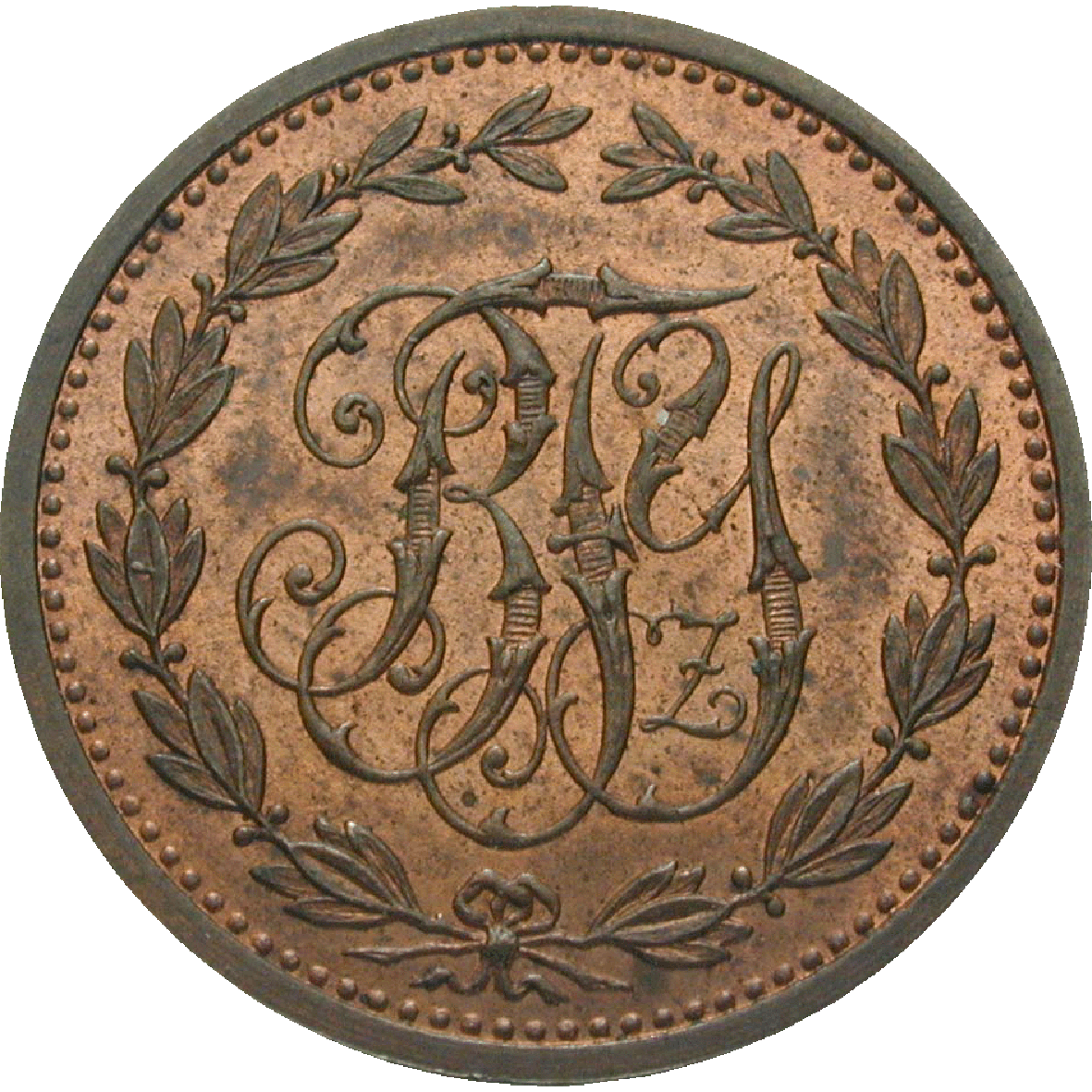 Schnepfenhellers (snipe hellers) were commemoration pieces issued by the counts of Ysenburg in the 19th and 20th centuries for the members of their snipe hunts. They bore a snipe on one side and the monogram of the count who had organized the hunt on the other. This piece was issued by Count Bruno (1861-1900). Schnepfenhellers were not coins but tokens. They were issued in silver and in copper – a silver piece went to the hunter who shoot the first snipe of the year, and the coppers were for the beaters.