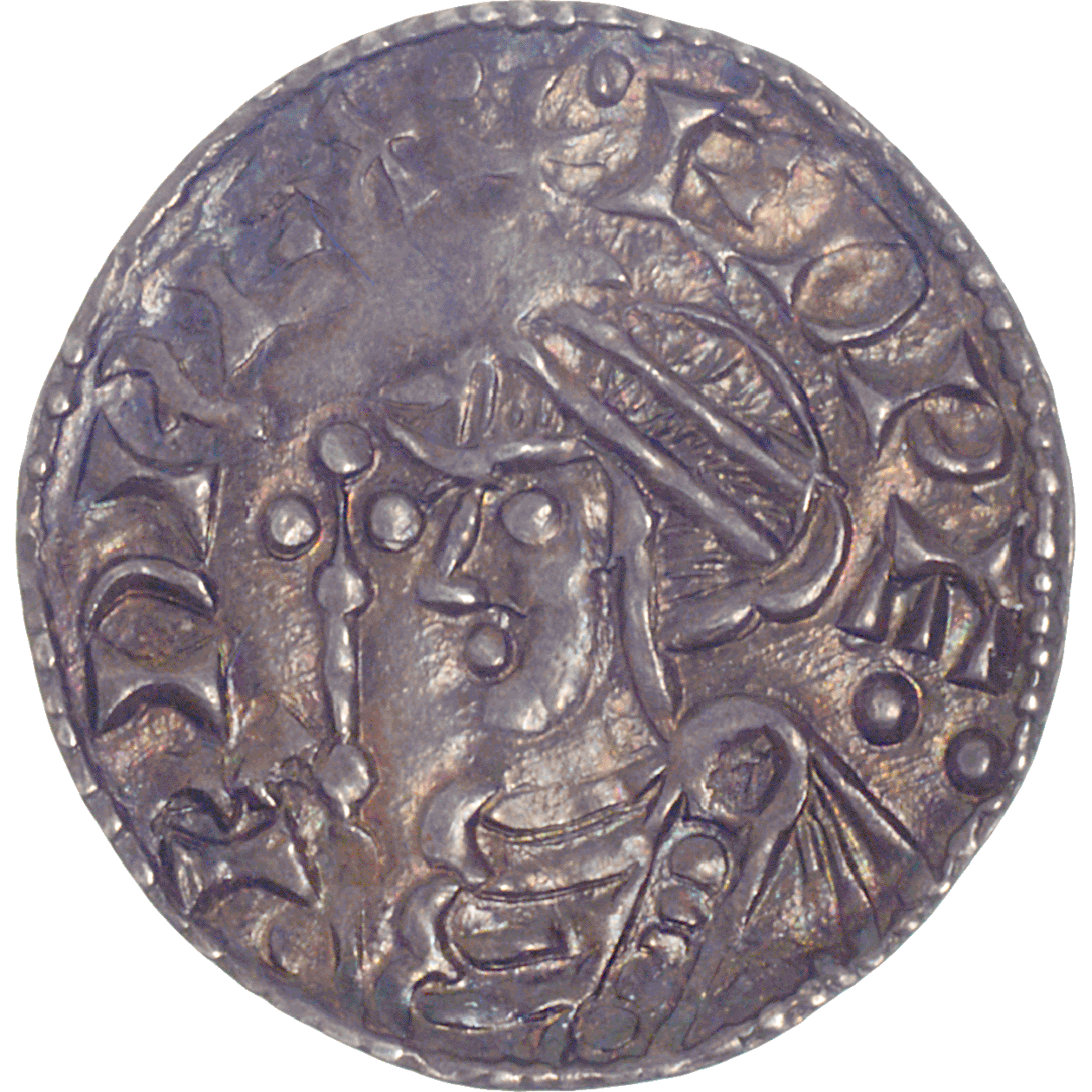 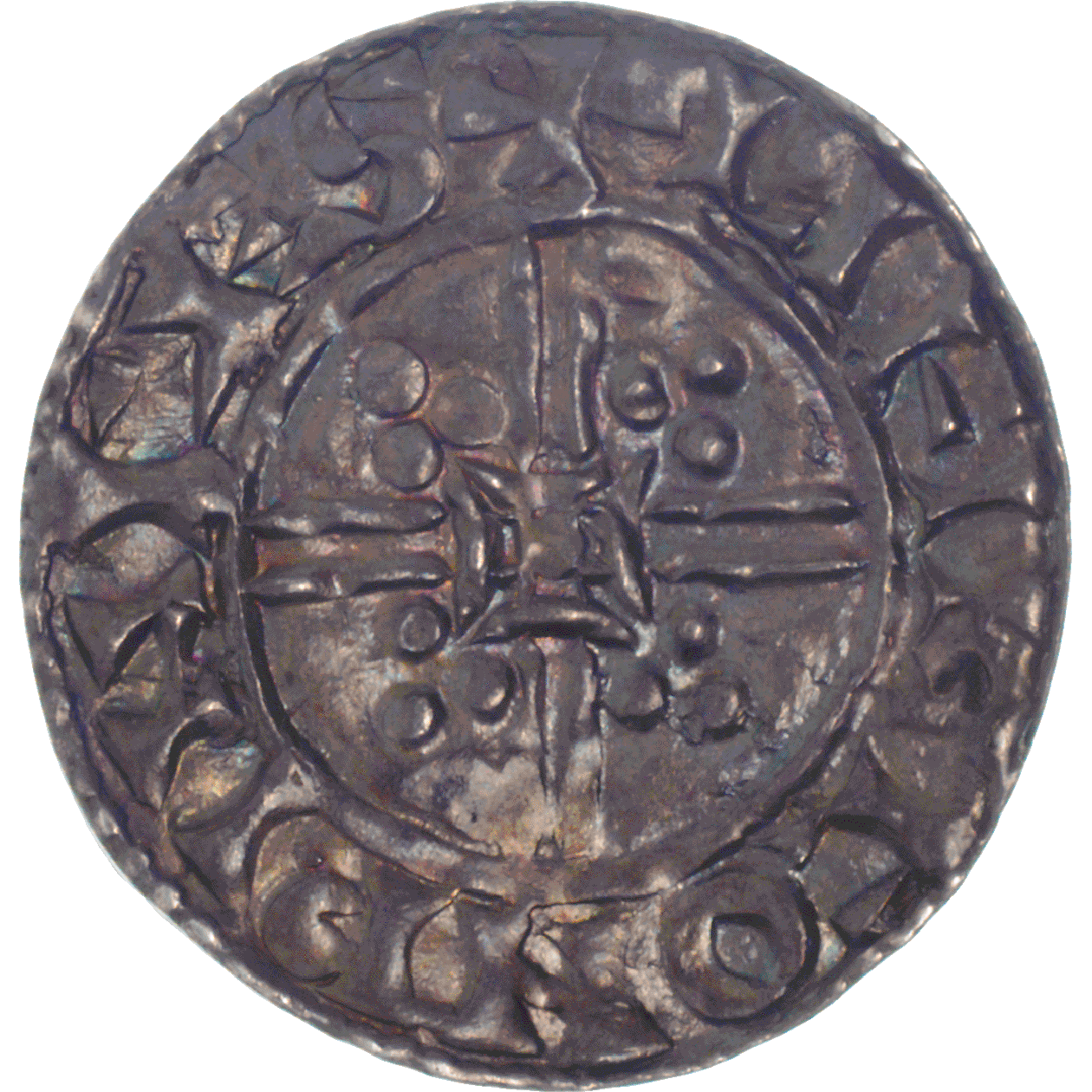 The penny was the English version of the Carolingian denarius. The English pennies distinguished themselves by identical images and a homogenous fineness – but not by standardized weights: in fact, their weights differed quite considerably, not only between the coins of different issues, but even between coins of the same series. The most remarkable dissimilarities can be observed among the pennies of Edward the Confessor (1042-1066), whose issues weighted between 17 grains (1.1 grams) and 27 grains (1.75 grams). The coin depicted here weighs about 1.1 grams and is thus a lightweight.