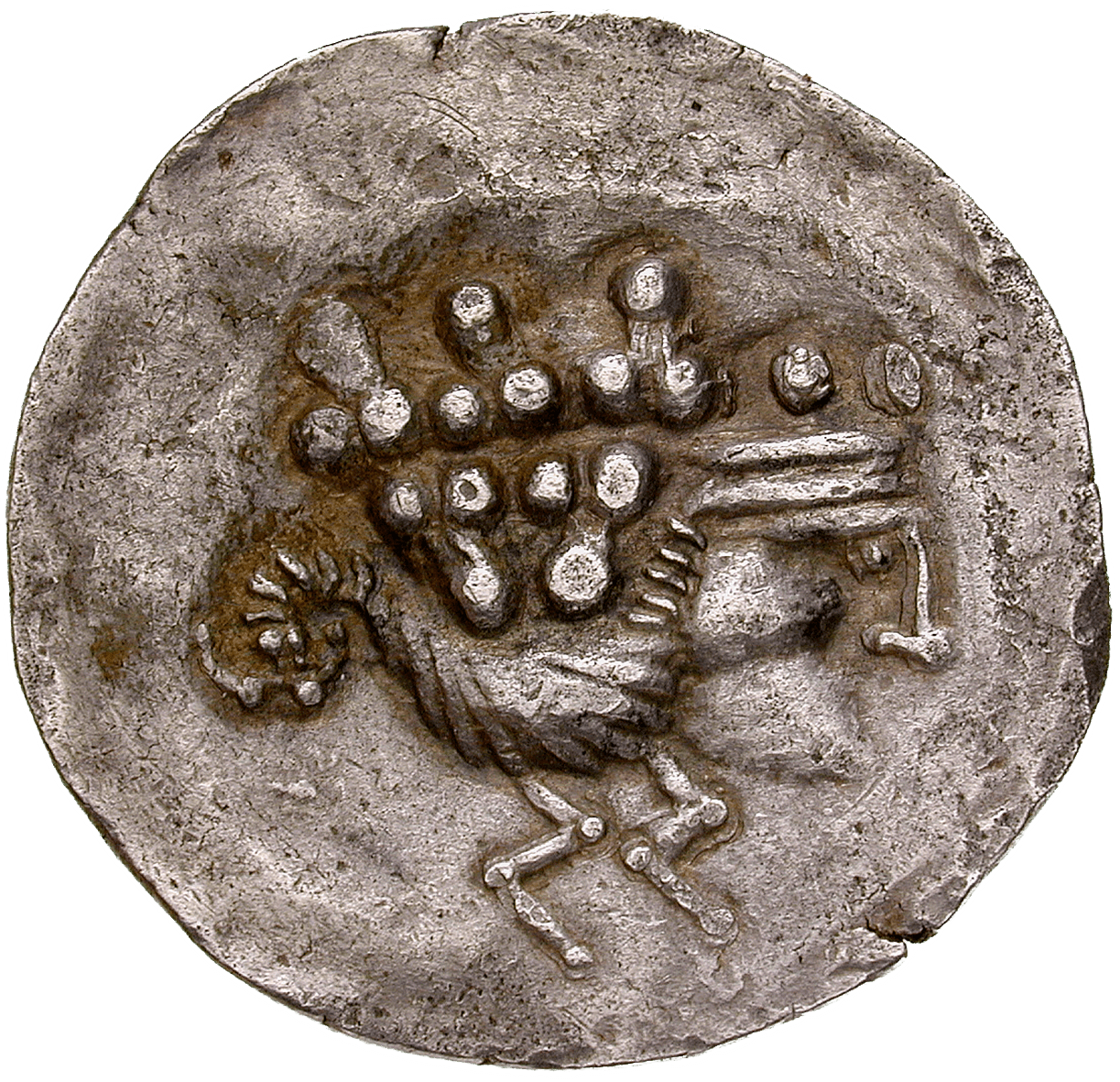 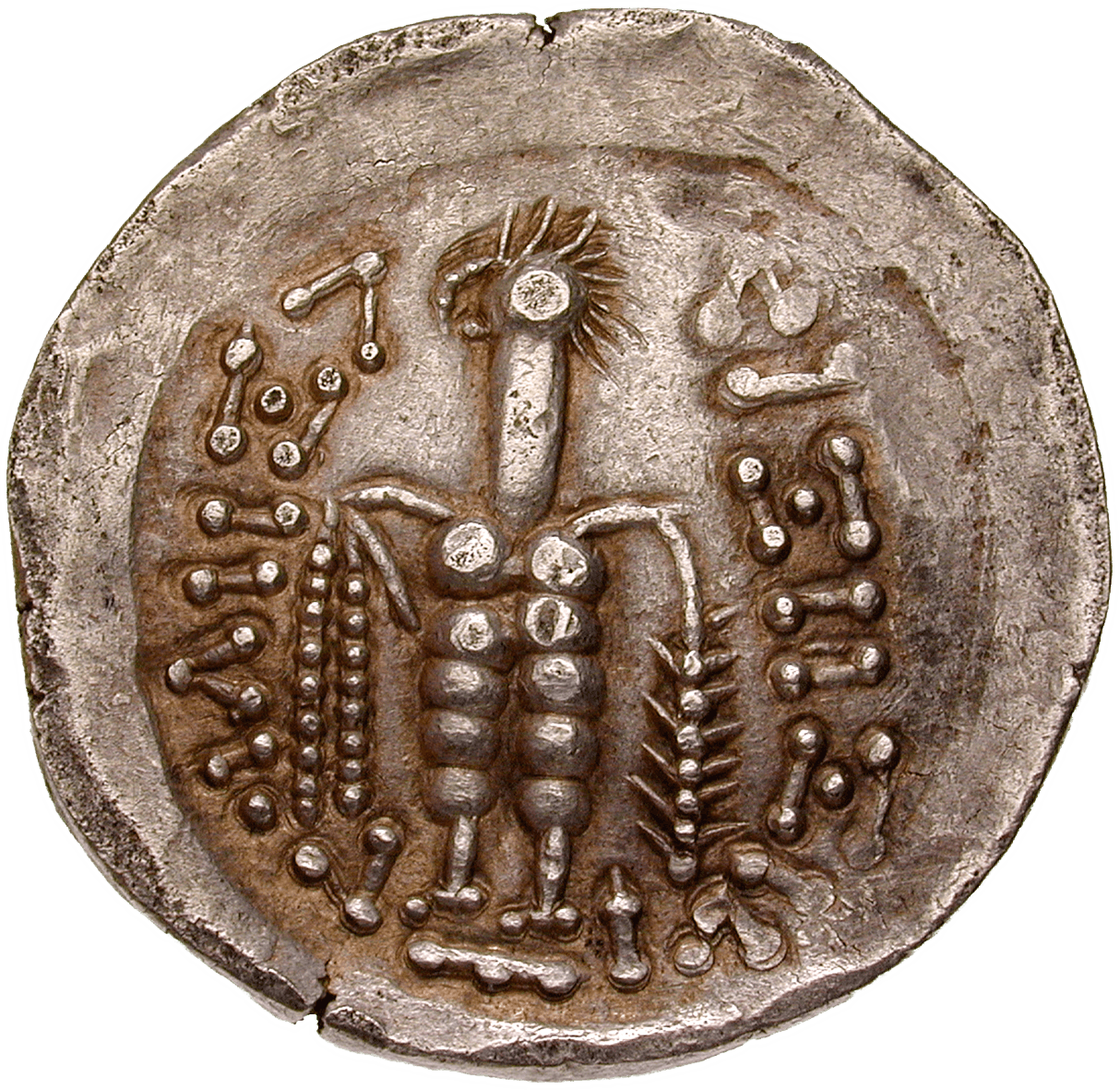 Naturalism and accuracy of detail were not exactly the strong points of the Greeks' neighboring peoples. What they were good at was a playful reductionism and an almost modern stylization. This is why this coin is described as Celtic in style, although in the 2nd and 1st centuries BC in Thrace, the Celts formed only a fraction of the population of Thrace, where this coin was minted.

The peoples of this region, the area of present-day Romania and Bulgaria, used tetradrachms minted between 158 and 146 BC on the Greek island of Thasos for almost 100 years. Initially they used that money as trade currency; at some time during that period they began to mint their very own Thasos tetradrachms.

Thasos tetradrachms show on their obverse the head of Dionysus, the god of wine, crowned with a wreath of grapes. The god can be made out on this imitation, too; the grapes have become mere blobs and are without any leaves. For the bird's legs instead of the divine neck, we have so far no satisfying explanation.

The coin's reverse depicts, like the original, the Greek hero Heracles with a lion's skin and a club. Heracles and his attributes are dissolved into pellets as well. Without knowing the original Greek coin, the interpretation of this motif might be difficult.