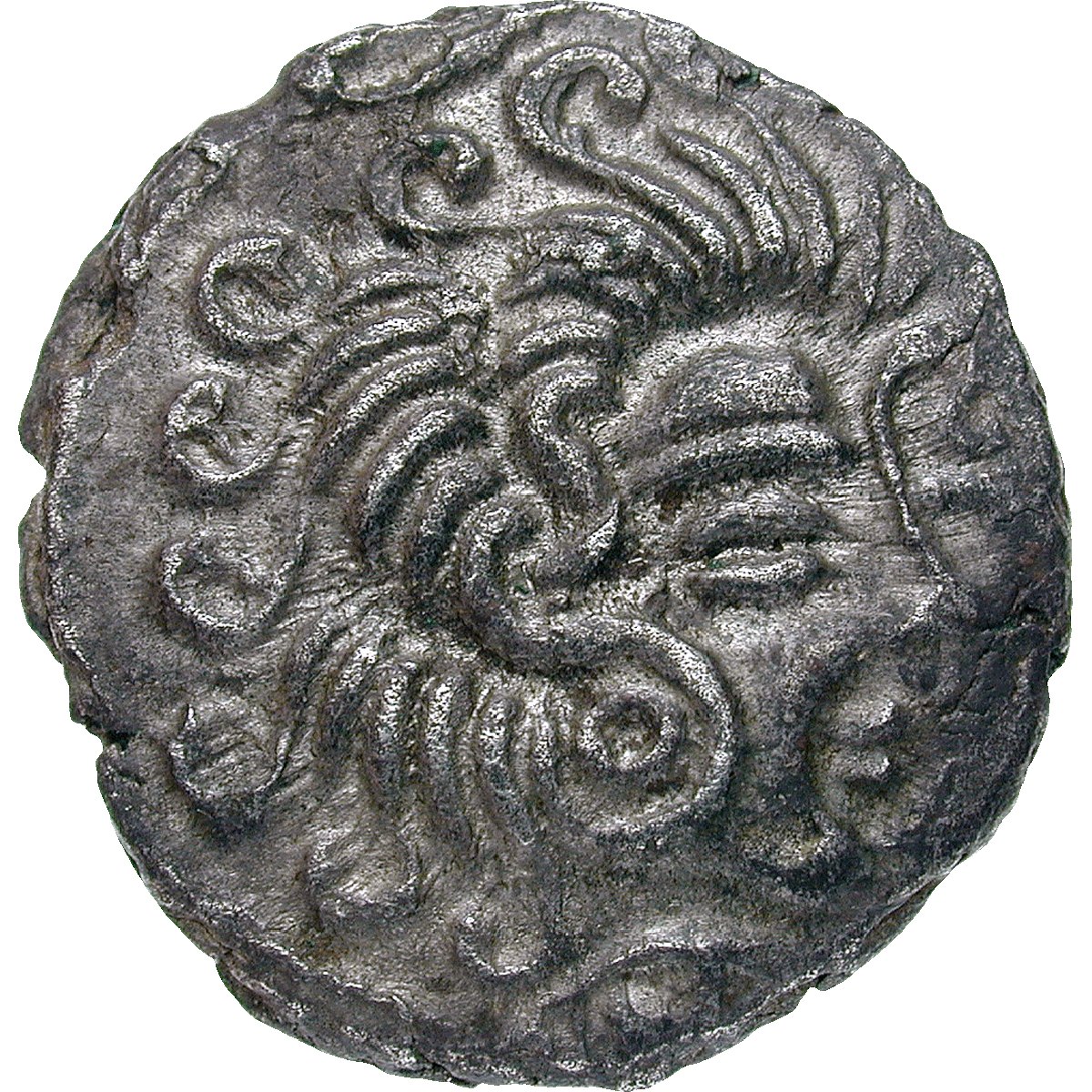 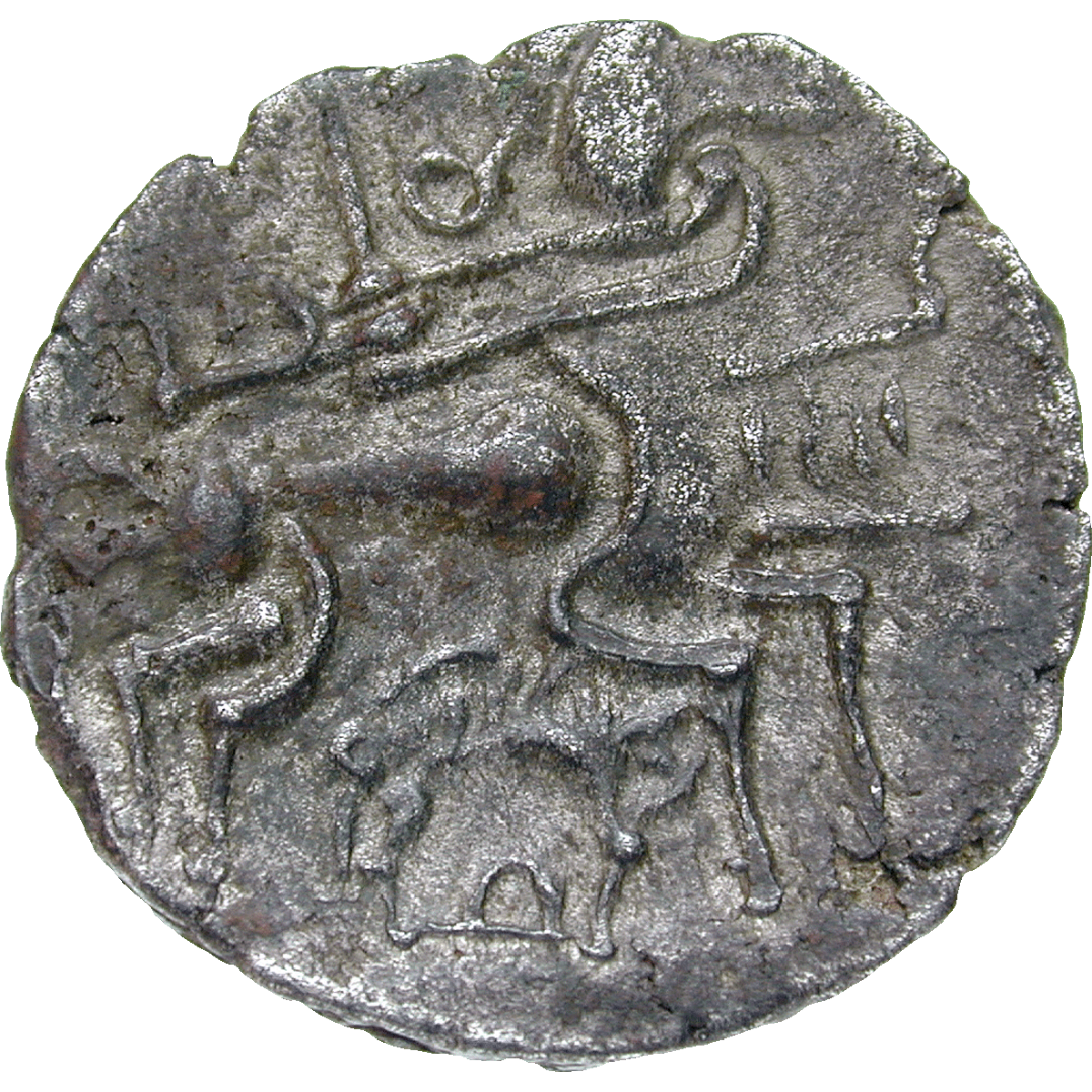 Not many tourists eating lobster 'à l'Armoricaine' in Brittany know that this local specialty is named after a Celtic word. 'Armorica' derives from 'ar mor' (on the sea), the name of the region before Julius Caesar and his legions Romanized this part of Gaulle in the years of 57 and 56 BC.

In the course of this martial events, many members of the Celtic tribes living in the area – the Baiocasses, the Coriosolitae, the Andecavi and the Osismi – buried their treasures to save them from the marauding soldiers. Many of these buried coins were later found again, among them this stater from the Curiosolites.