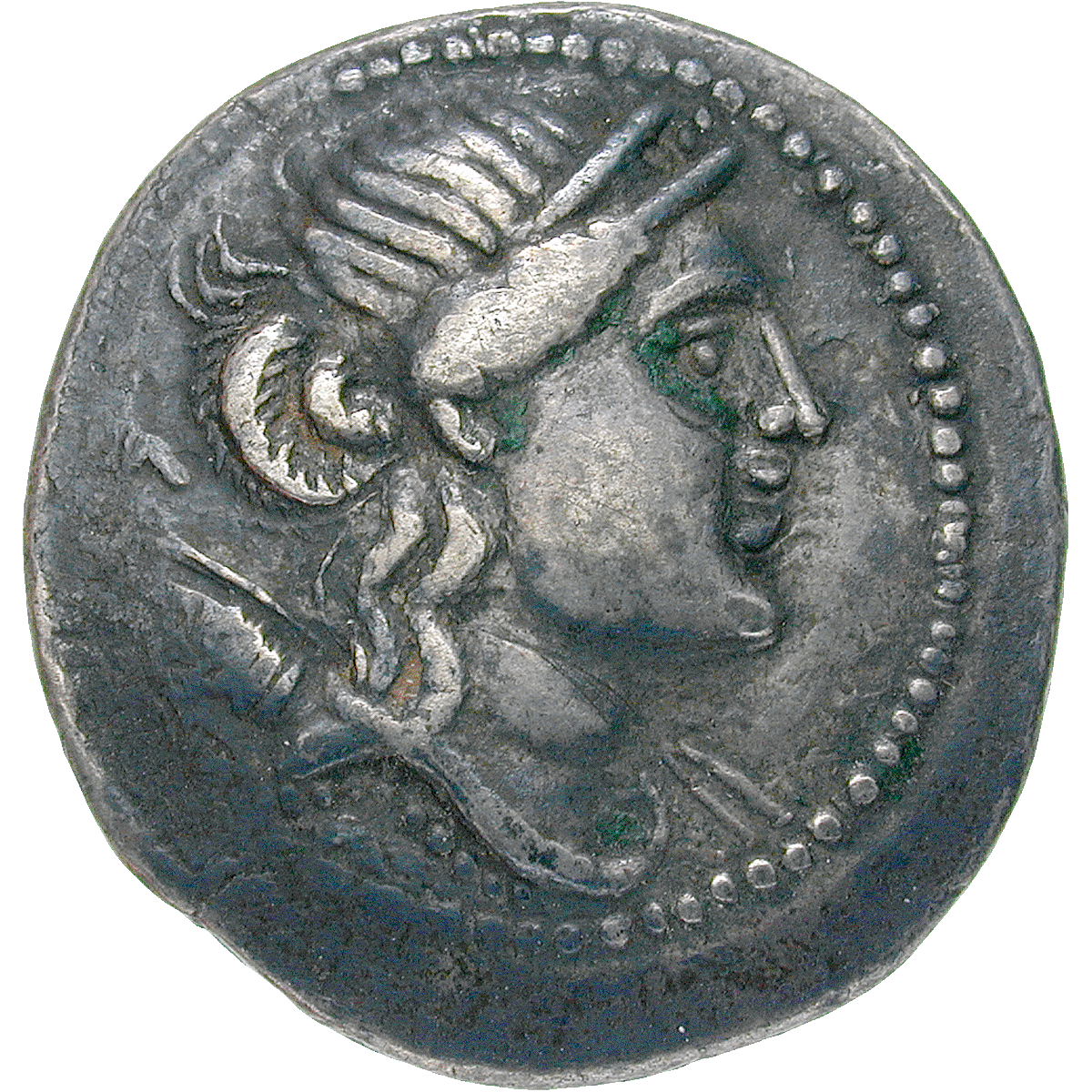 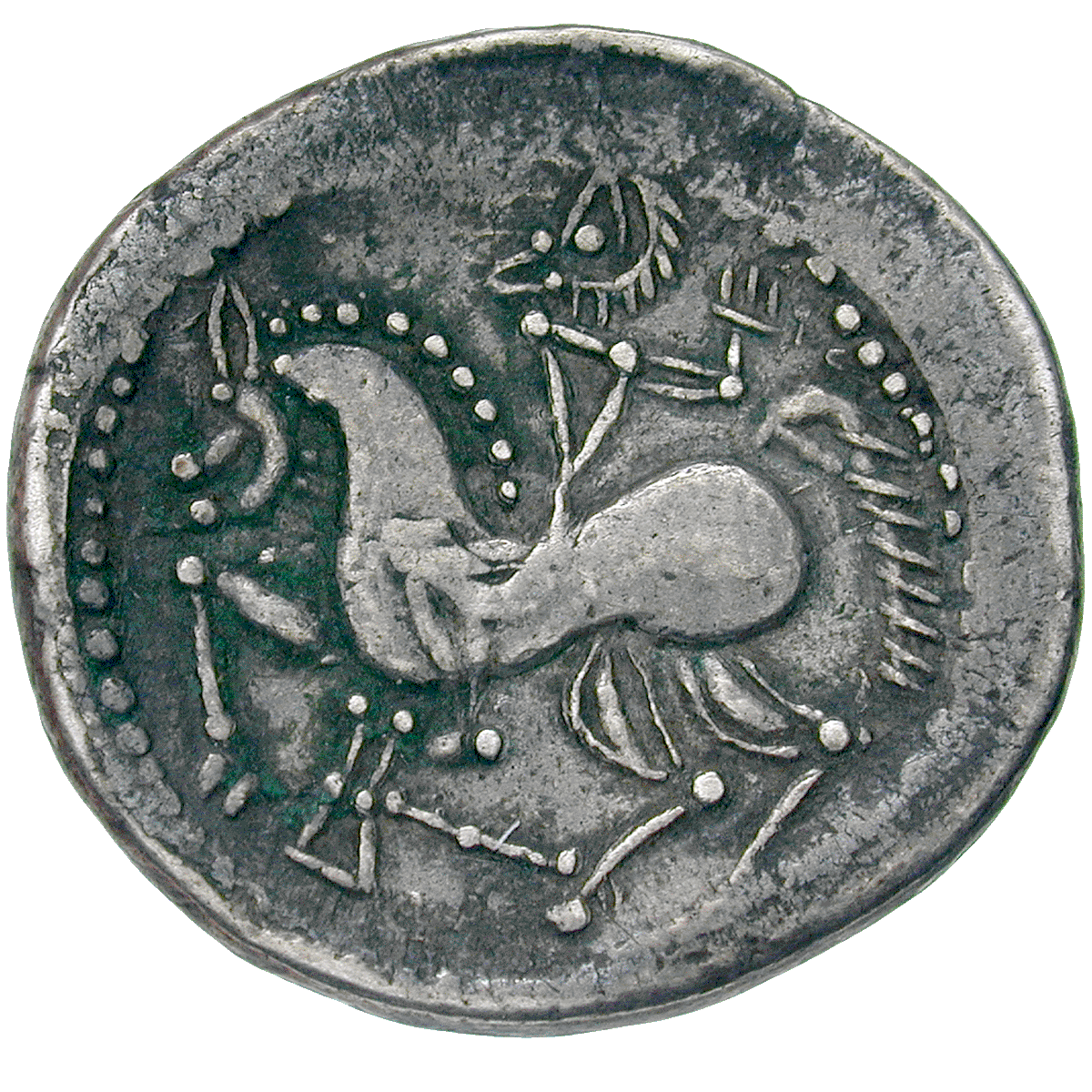 The Celts were the mercenaries of Antiquity. For the comforting sound of chinking coins, they fought in the armies of Philip II of Macedon and of his son Alexander III, later called 'the Great'.

Through the coins earned in military service, the Celts came for the first time in contact with money. When they started to strike their own coins, they followed the models of the Macedonian issues. The early Celtic copies are sometimes so similar that it can be difficult to differentiate between the original and the imitation. However, the Celts soon developed coin motifs that are only very basically reminiscent of the original models.

This tetradrachm is very rare – so far there are only two items known to exist. The coin has various models: the obverse shows the bust of Artemis, as it was depicted on Macedonian tetrachdrachms, while the reverse illustrates the strongly stylized knight from the coins of Philip II.