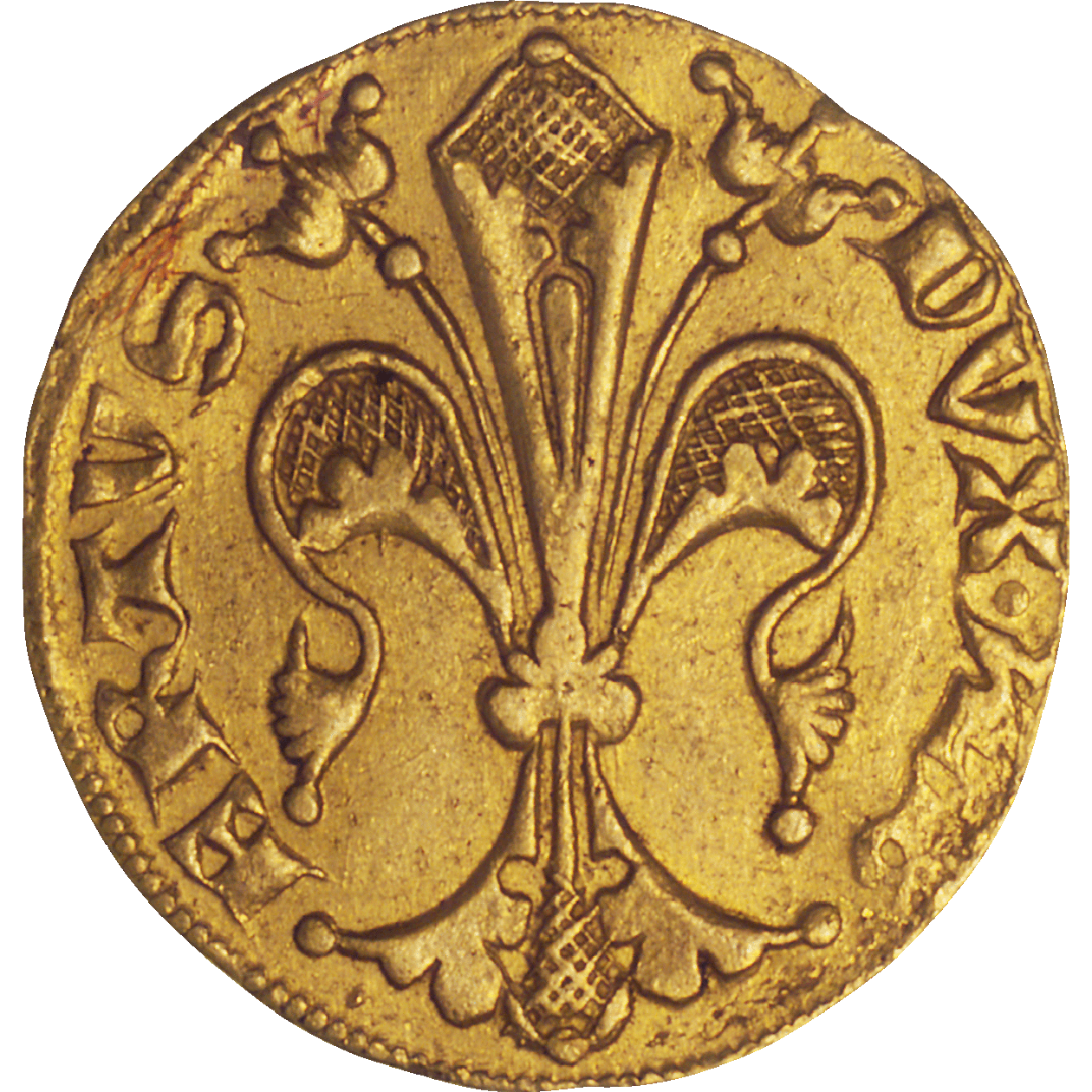 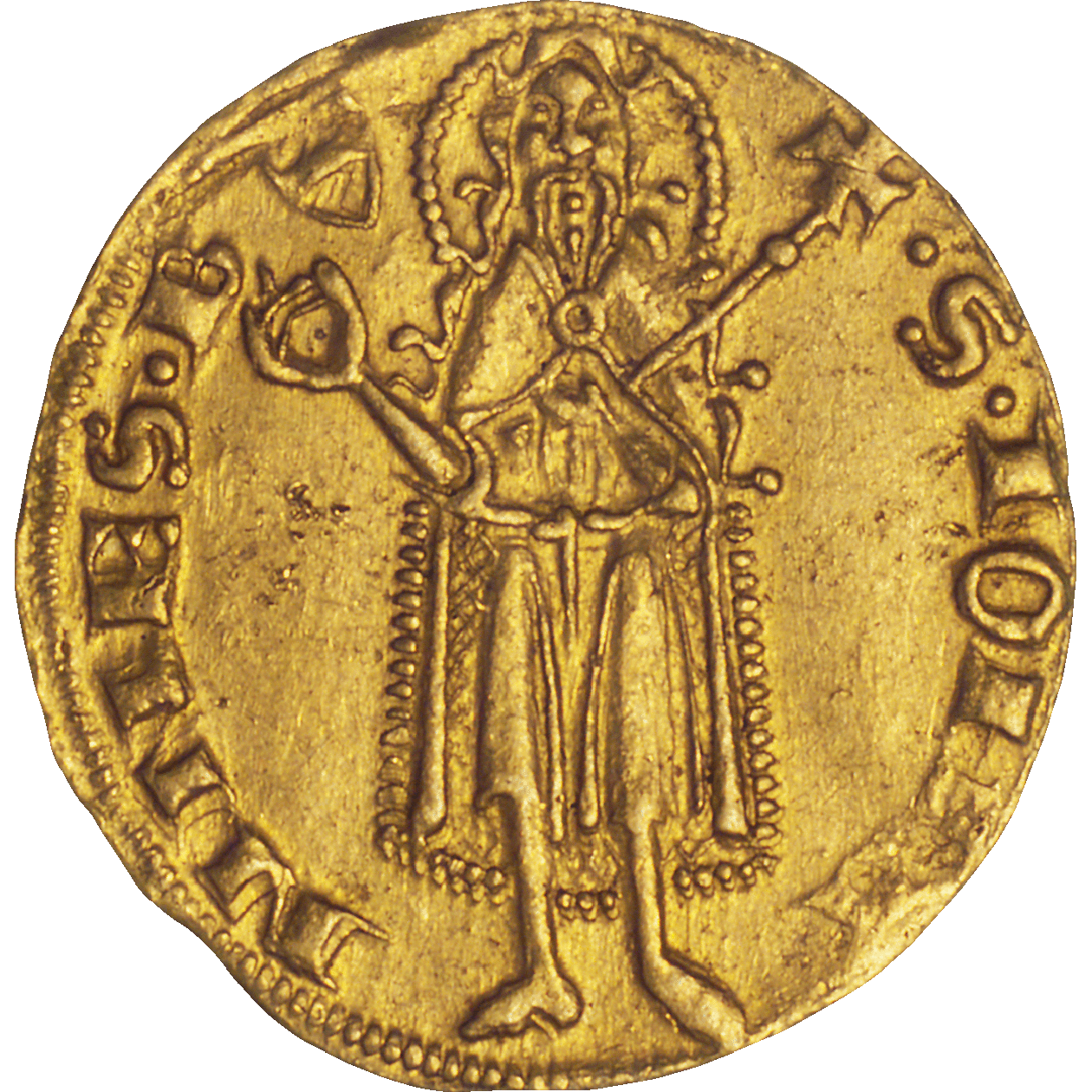 As from 1252, the city of Florence minted gold coins depicting a lily on the obverse and John the Baptist on the reverse. Its constantly high gold content and uniform weight made the floren a popular and widely accepted coin for international trade. Imitation is the sincerest form of flattery. Among the first trying to profit from the floren's good reputation was the pope. He even had the lilies, Florence's emblem, struck on his coins. Soon the "florens" with the lily were copied outside Italy as well. One ot the imitators was Duke Albert the Wise (1330-1358) of Austria. For trade with Italy he copied both the floren's weight and design. This coin was minted in Judenburg, a city important for trading with Italy.