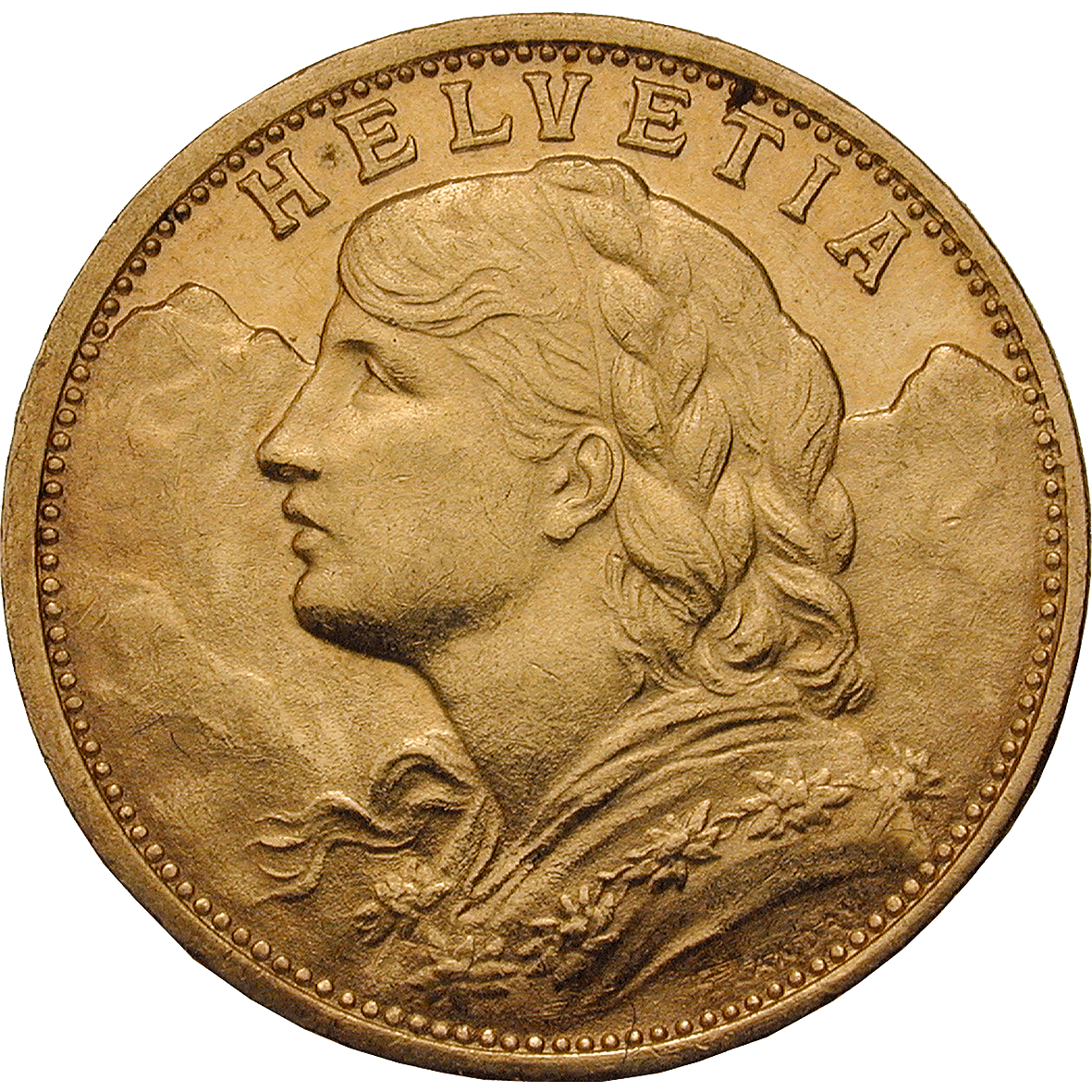 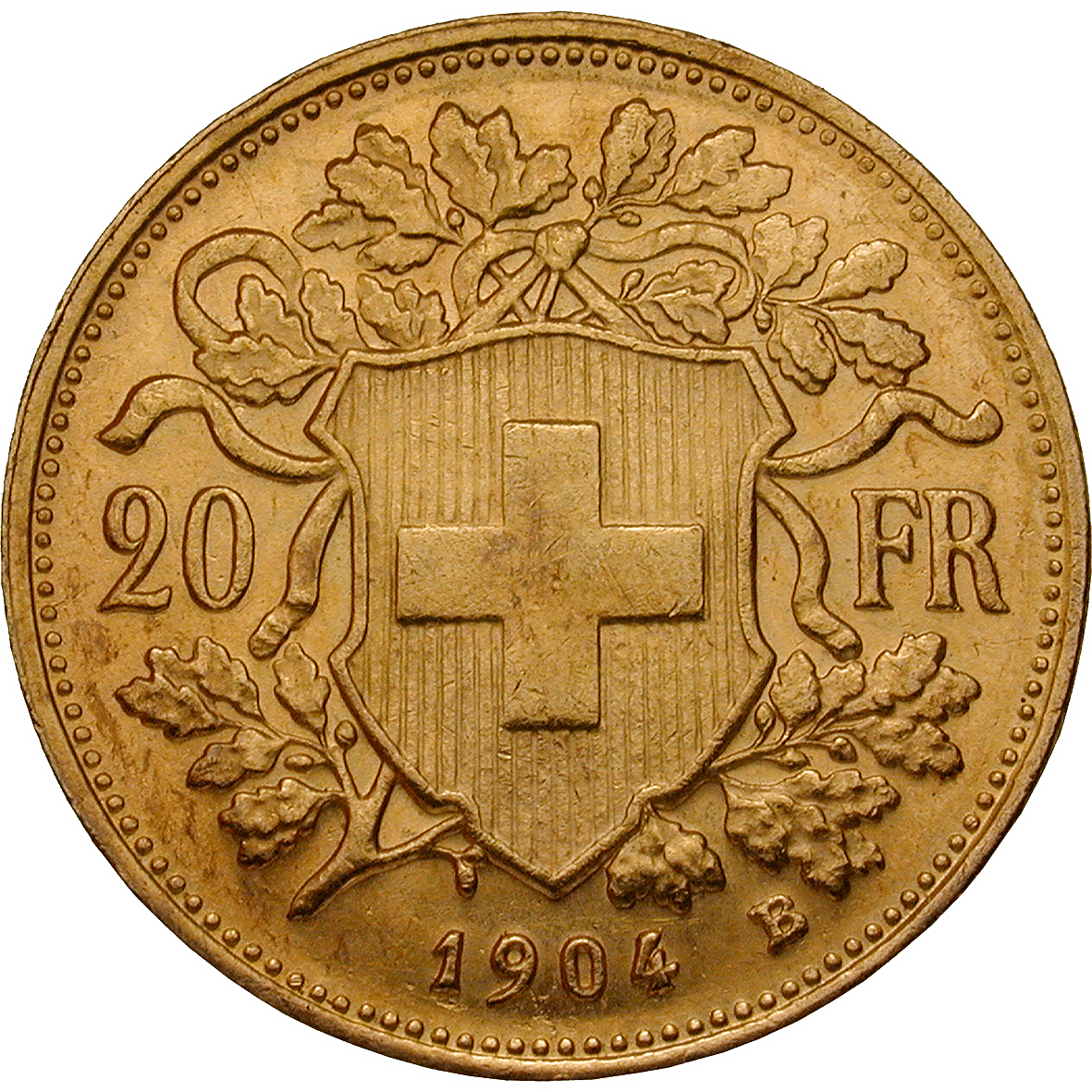 The best-known Swiss gold coin is the so-called goldvreneli worth 20 francs. It was designed by the Neuenburg medal-maker Fritz Landry and first minted in 1897. At that time people had become tired of the strictly styled antique heads that represented the republics. On the Vreneli, a Swiss girl appeared in traditional costume with an edelweiss garland round her shoulders as the embodiment of Helvetia. The ample hair was partly plaited and tied up, and partly fluttering freely in the wind. Thus the impression of freedom and naturalness was achieved. The plaited hair indicated that this freedom was not only unspoilt and unrestrained, but also creative and orderly.