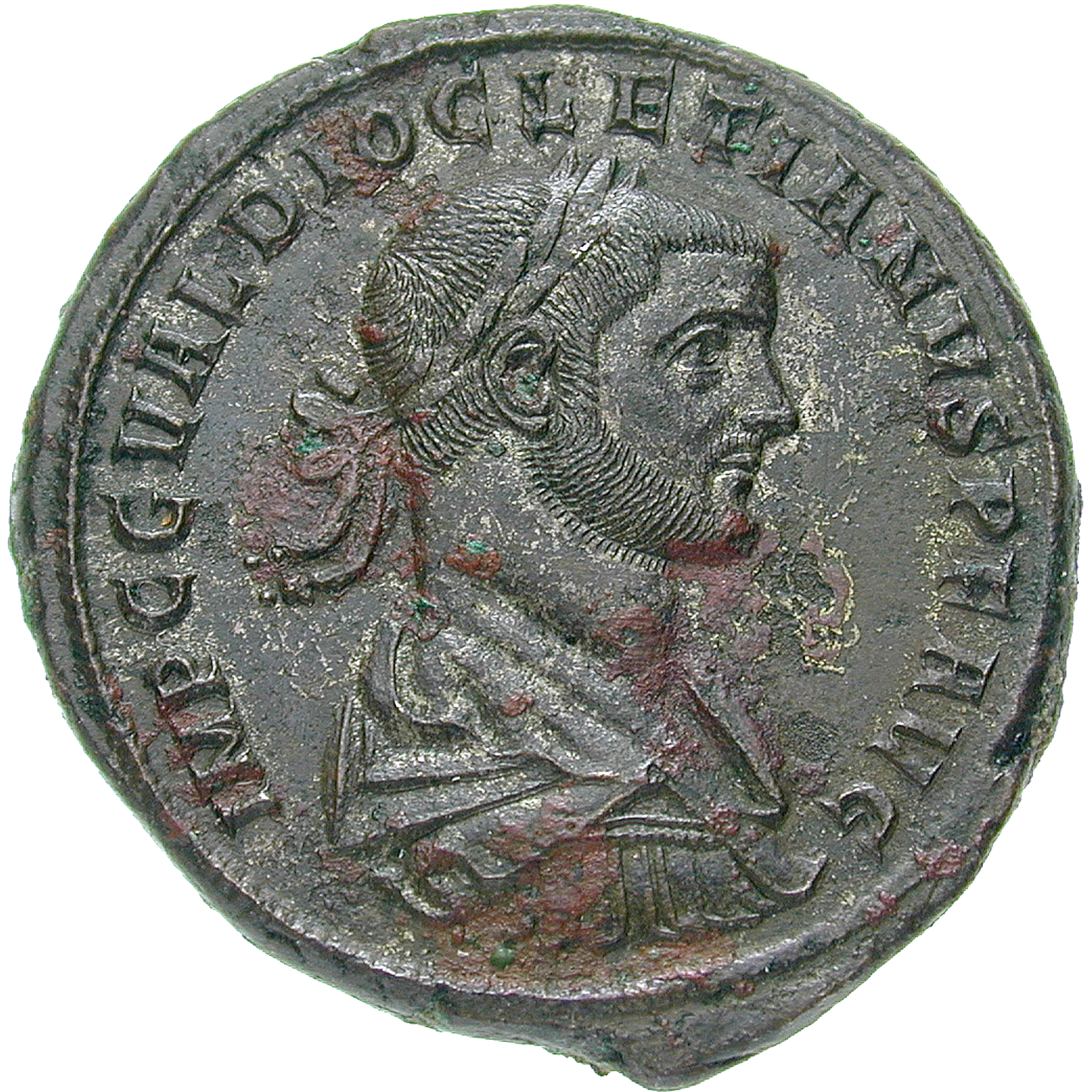 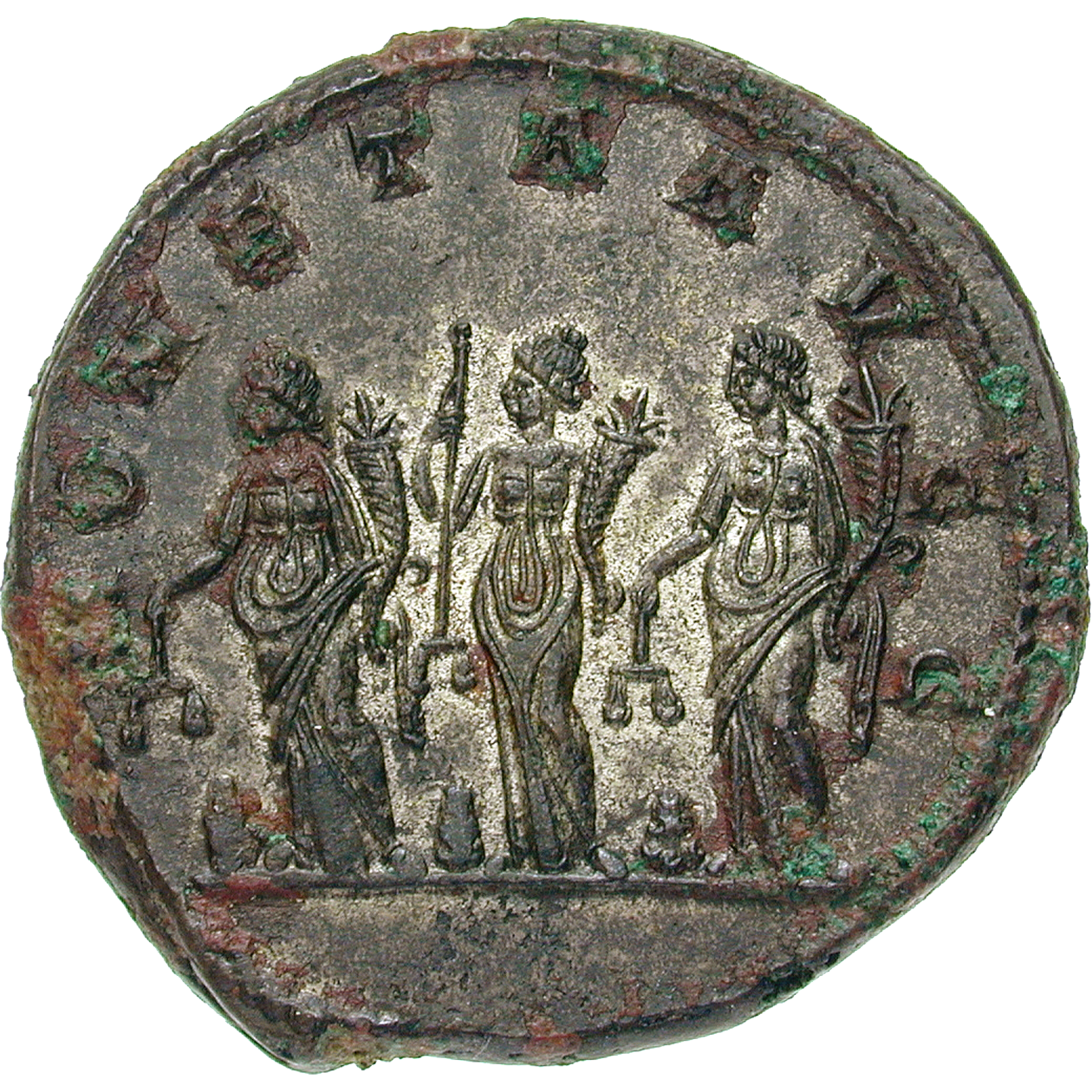 Diocletian (284-305) was one of the great soldier-emperors of Rome. He worked incessantly on reorganizing the gigantic empire. That is why his reignis described as 'Rome's recovery.'

Most important was Diocletian's coin reform: He raised the weight of the gold aureus, introduced a pure silver coin, and created a copper coin for daily use on the market, the today so-called follis.

This monetary system is illustrated on the reverse of this medallion. The three women with their different hairdoes symbolize each one of the three new coins, one made from gold, one from silver, and one from copper.