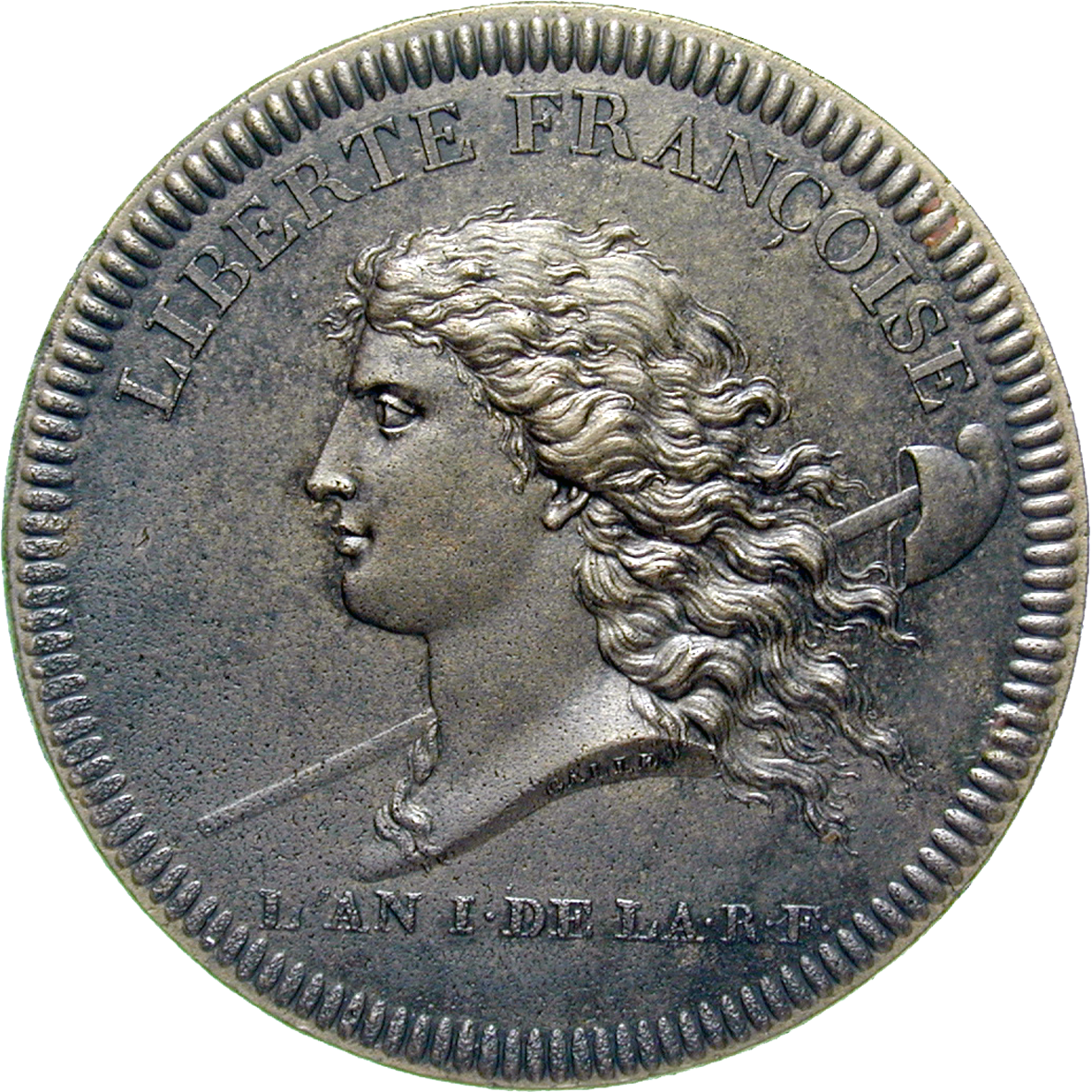 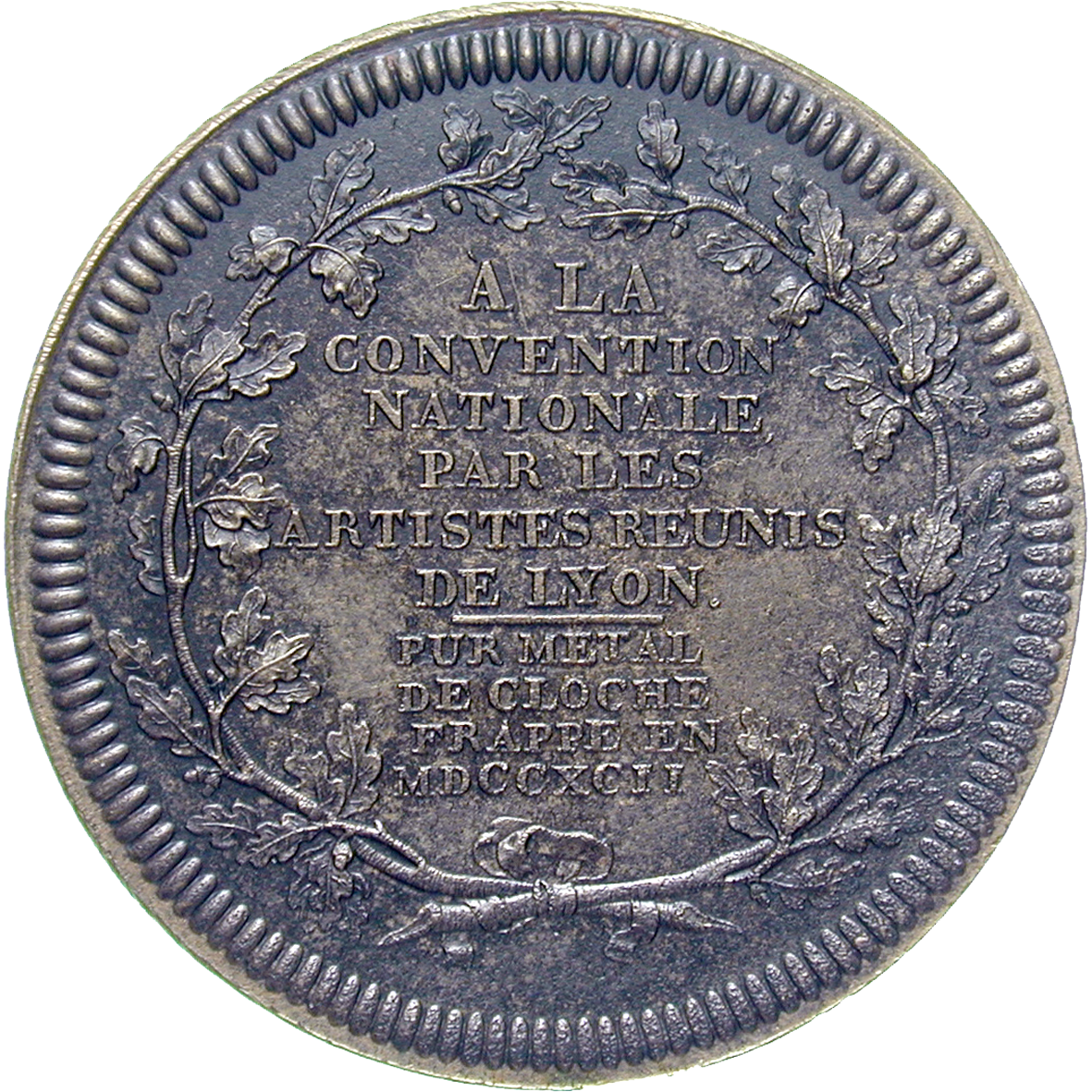 This coin shows Marianne, the personification of the French Republic. During the revolution, Marianne had become a common symbol of liberty in France, whereas before, Marie-Anne had just been a very common name. Today, Marianne's bust can be found in most town halls in France, and her sculpture stands on many squares. And, naturally, she represents the French nation on stamps and on coins. This coin is a pattern coin, made in the 1st year of the French Republic (i.e. September 1792- September 1793) in Lyon by a circle of artists. They depicted Marianne with flying hair, carrying a lance with the liberty cap over her shoulder. The following year, the same image emerged on coins – not as Marianne on French money, however, but as Liberty on the first American copper cents.