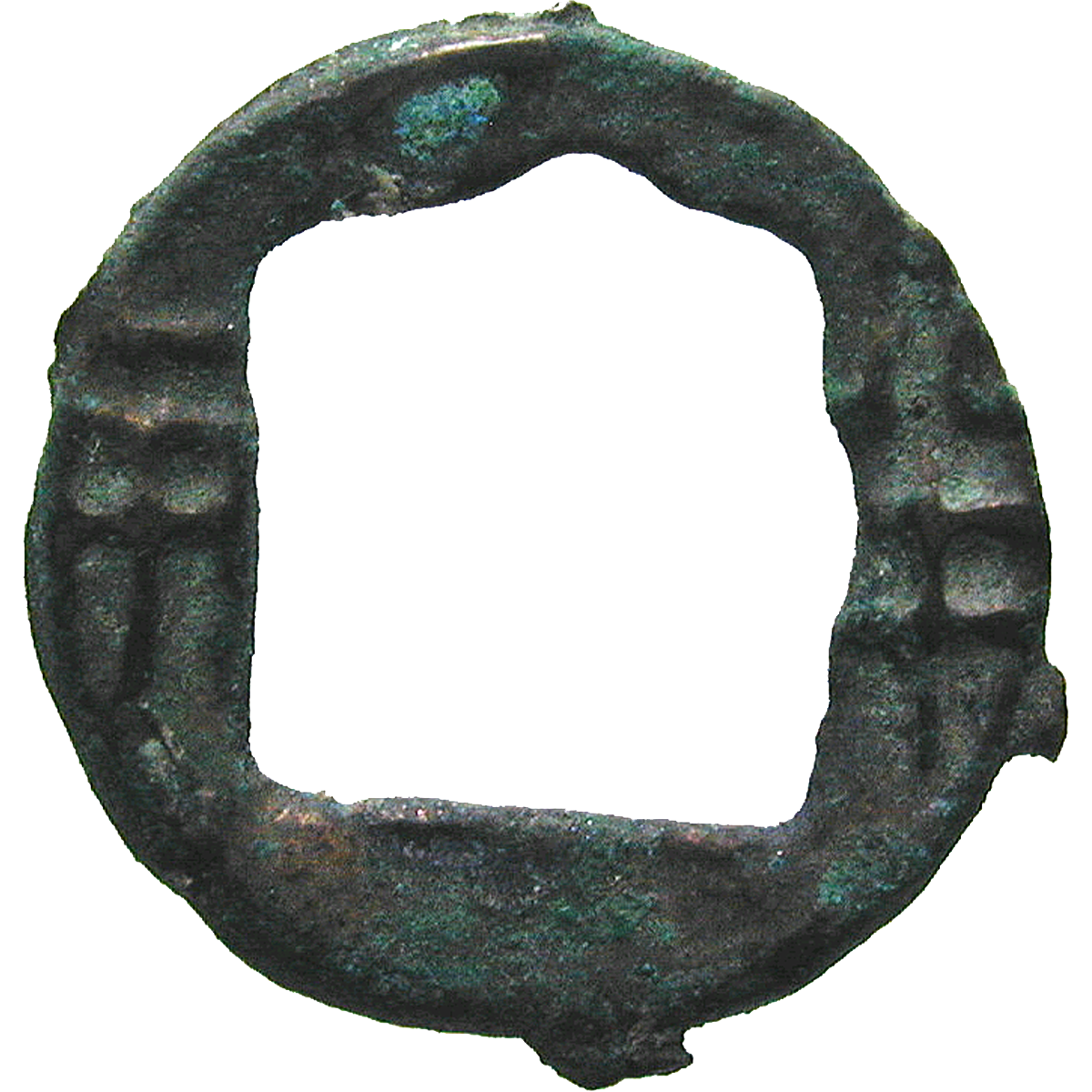 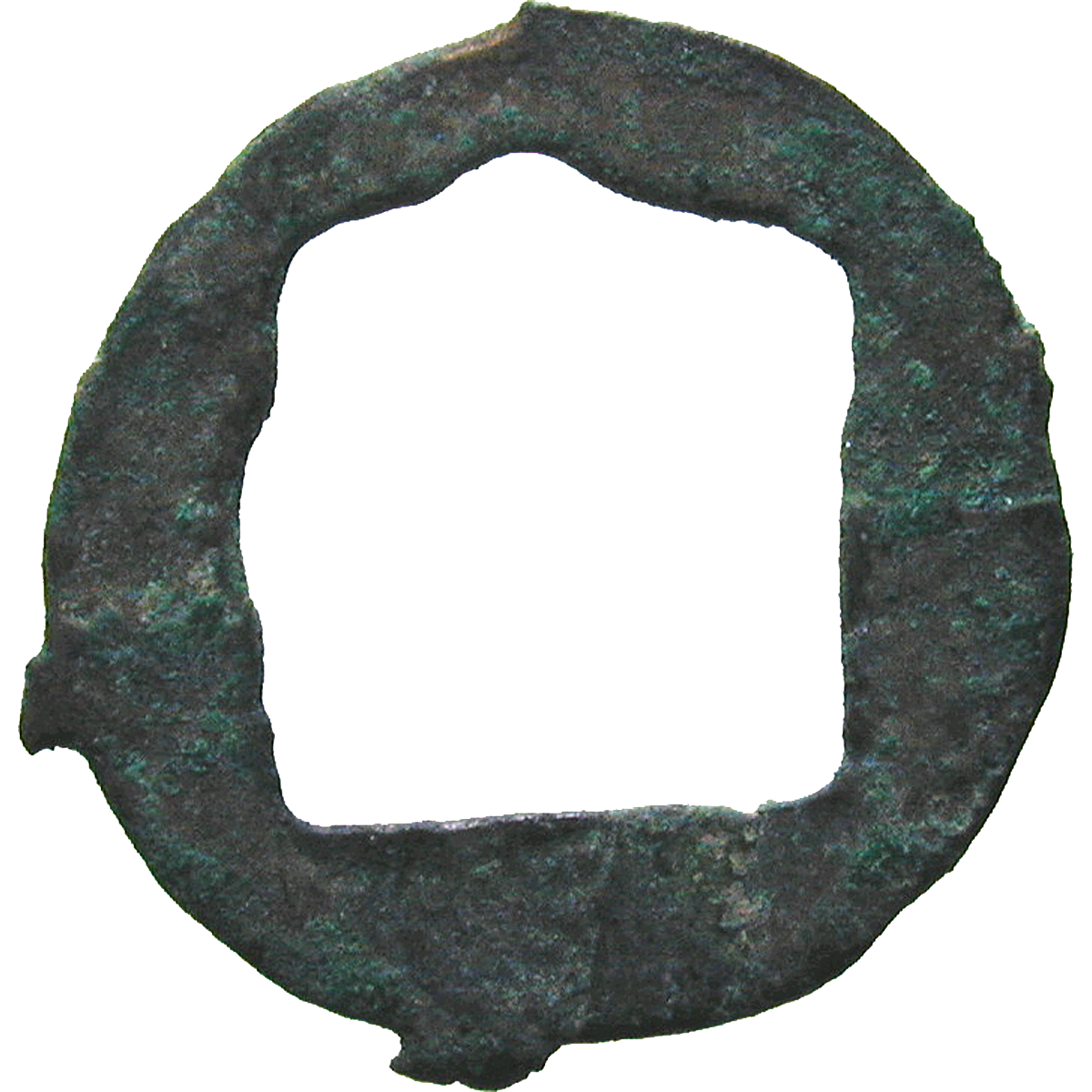 In 221 BC, Shi Huangdi united the diverse Chinese kingdoms under his rule and thus became the first emperor of China. He introduced a new, national currency: round copper coins with a square hole in the middle that were called ban liang (half liang). He then ordered the mass production of ban liang, so that they would gain recognition and come into circulation as fast as possible. The Chinese government could not provide sufficient quantities of ban liang, however. To enhance their production, the ban liang became ever smaller and lighter – a tendency that finally culminated in the so-called "elm seed coins" (yujiaqian): coins so light, as vernacular had it, that the wind could carry them away.