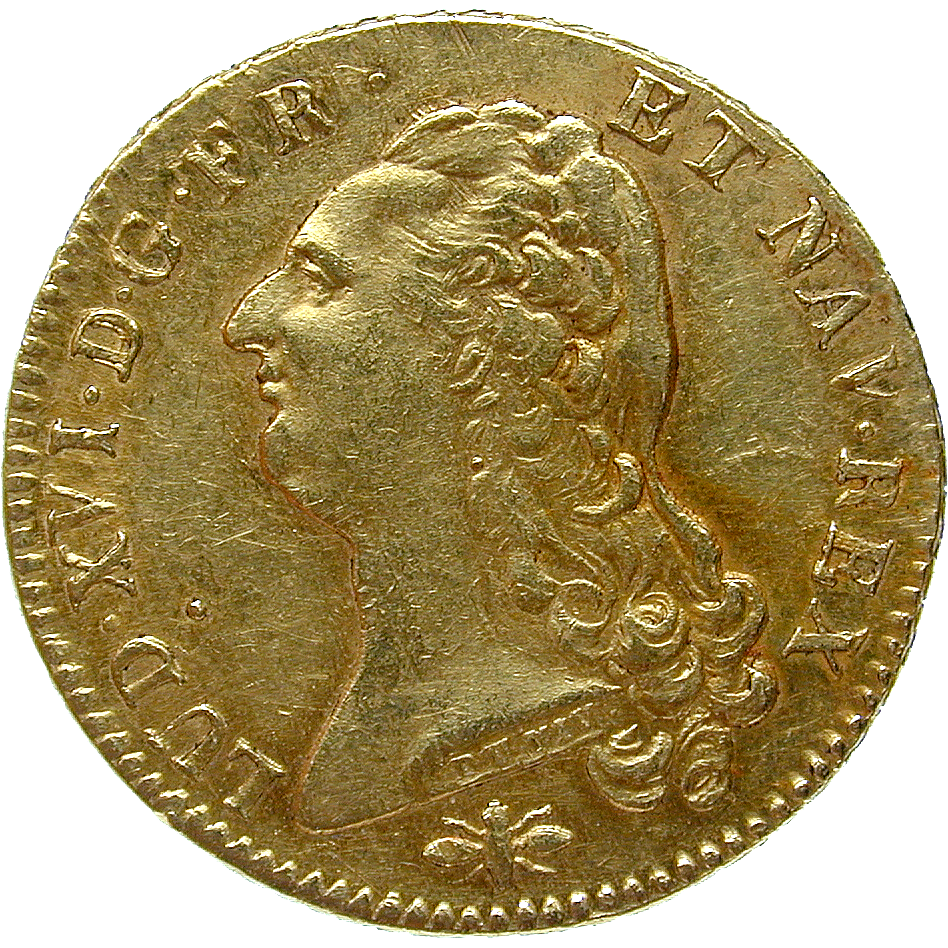 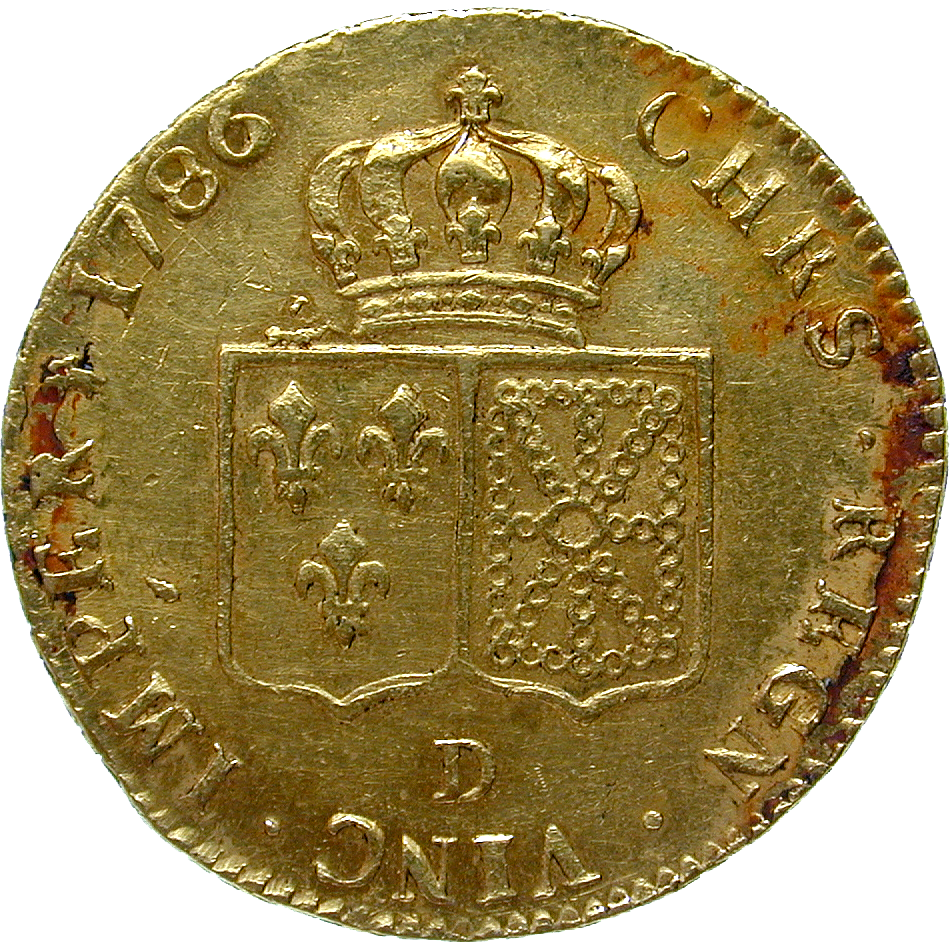 At the beginning of the reign of Louis XVI (1774-1792), the king's subjects hoarded French gold coins and then sold them abroad, where the prize of gold was higher than in France. For this reason, Louis created a new Louis d'or in 1785. The new gold coin still had a value of 24 livres; the weight, however, had been decreased from 8.16 grams to 7.67 grams. This coin is a double Louis d'or. It bears the portrait of the king on its obverse, as well as the signature DUVIV of the engraver Benjamin Duvivier. The reverse depicts the two crests of France and Navarre, and the letter D underneath stands for the mint of Dijon.