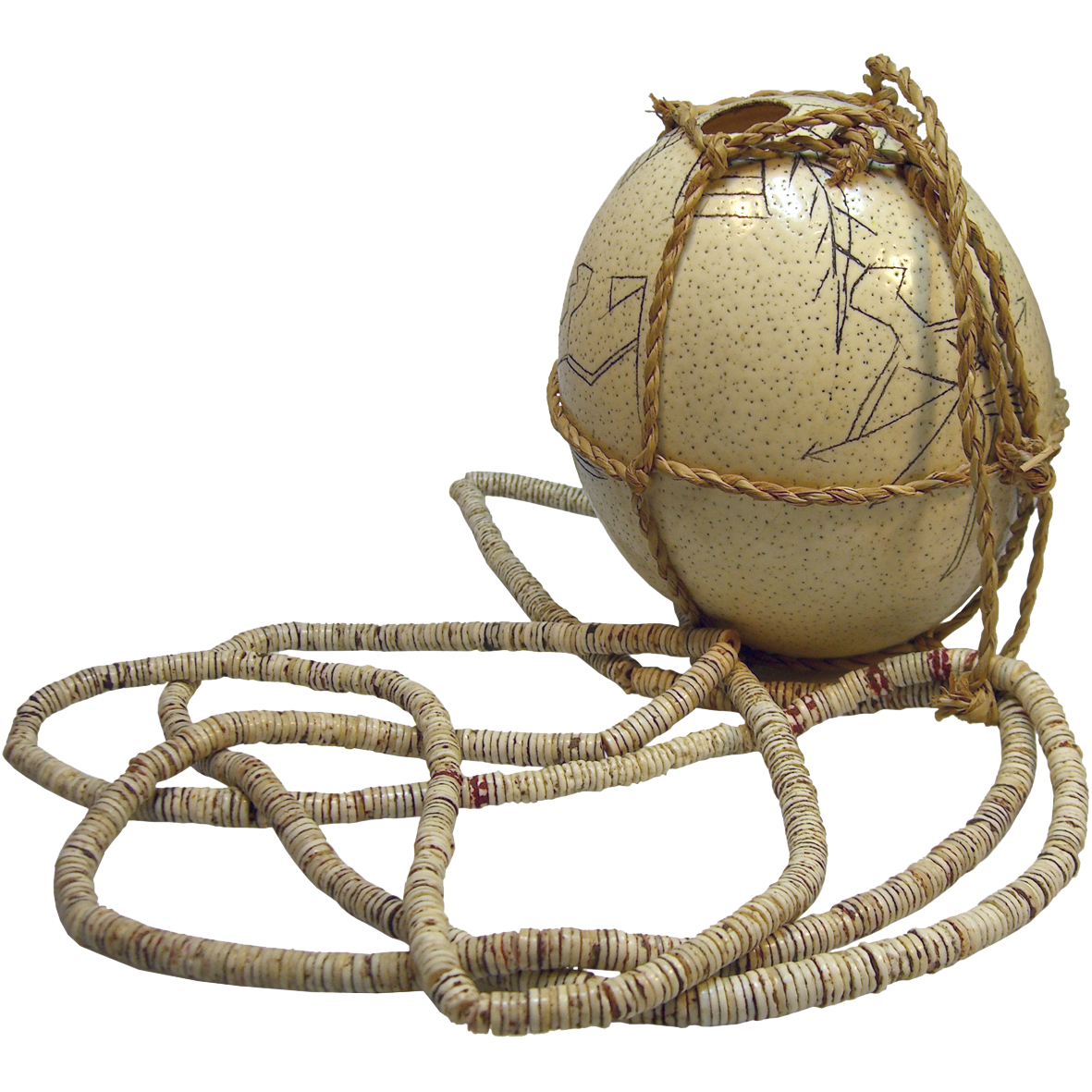 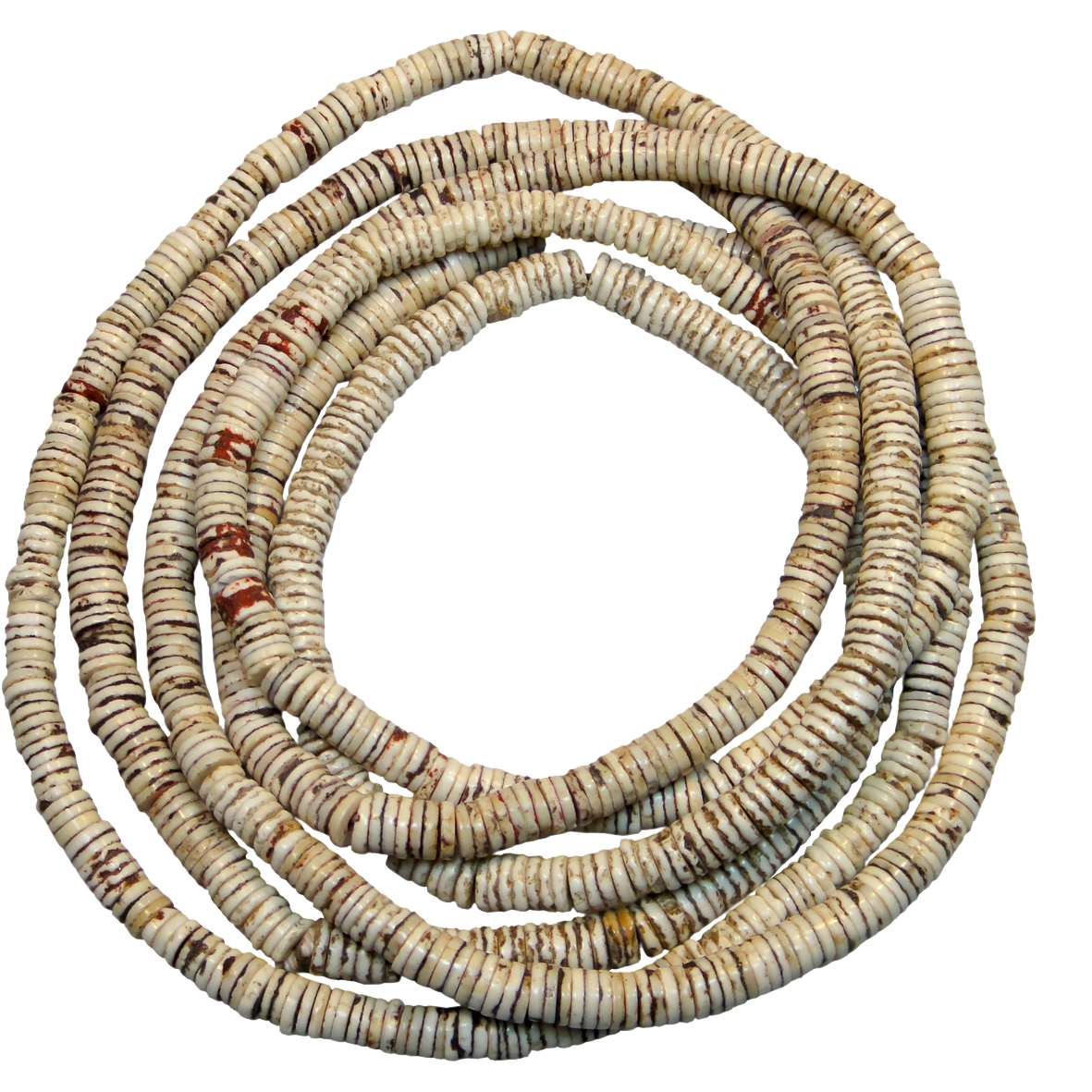 "Bushman's Beads" are among the best known African traditional currencies – and among the oldest. Excavations show that ostrich eggshell disks were produced in East Africa since at least 7000 BC. And in the year 2002, the ambassador of Namibia explained in an interview in Berlin that "the Bushmen of the Kalahari desert manufacture their money laboriously from the shells of ostrich eggs." These beads are still valid in Namibia and are regarded as very valuable.