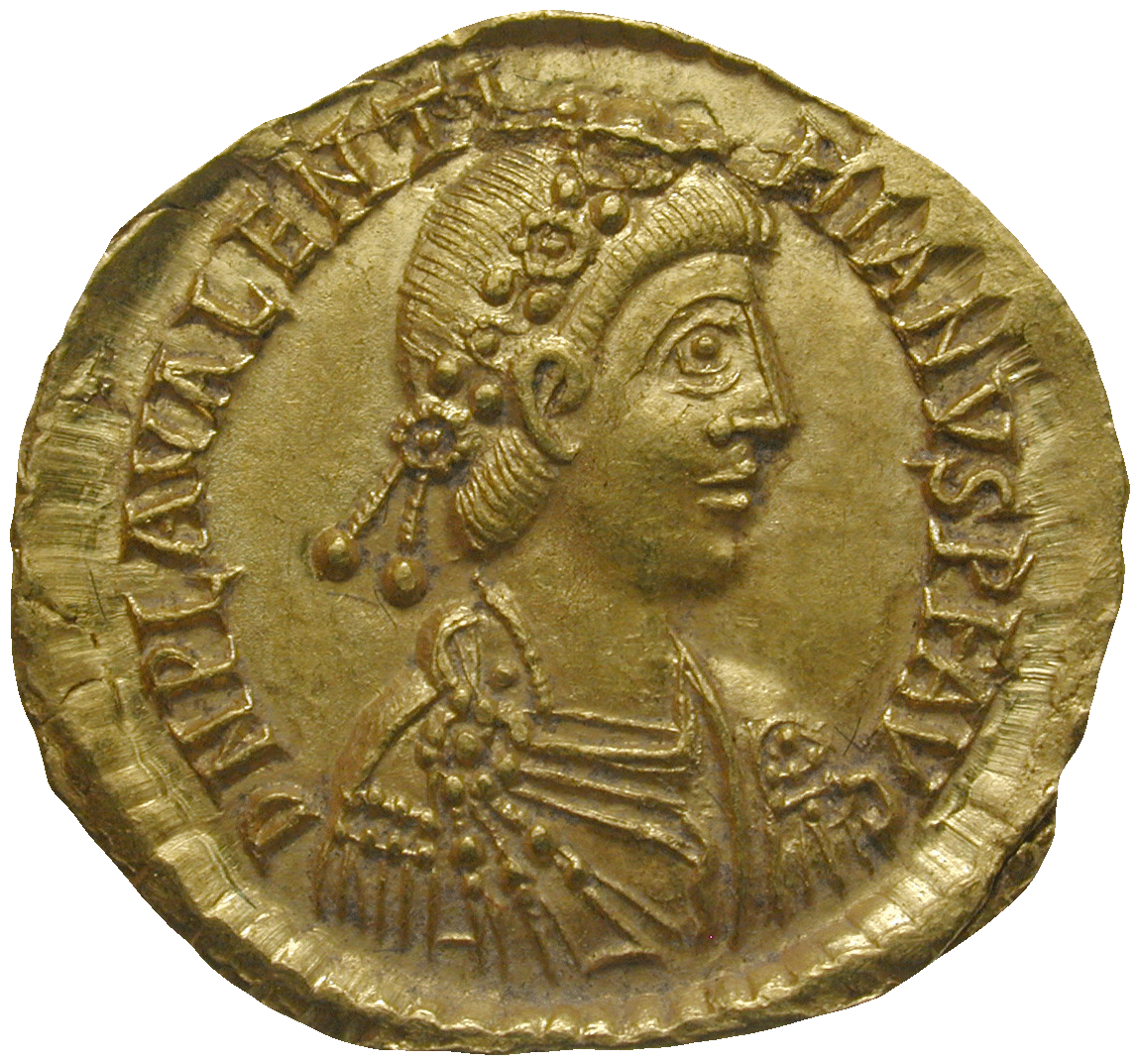 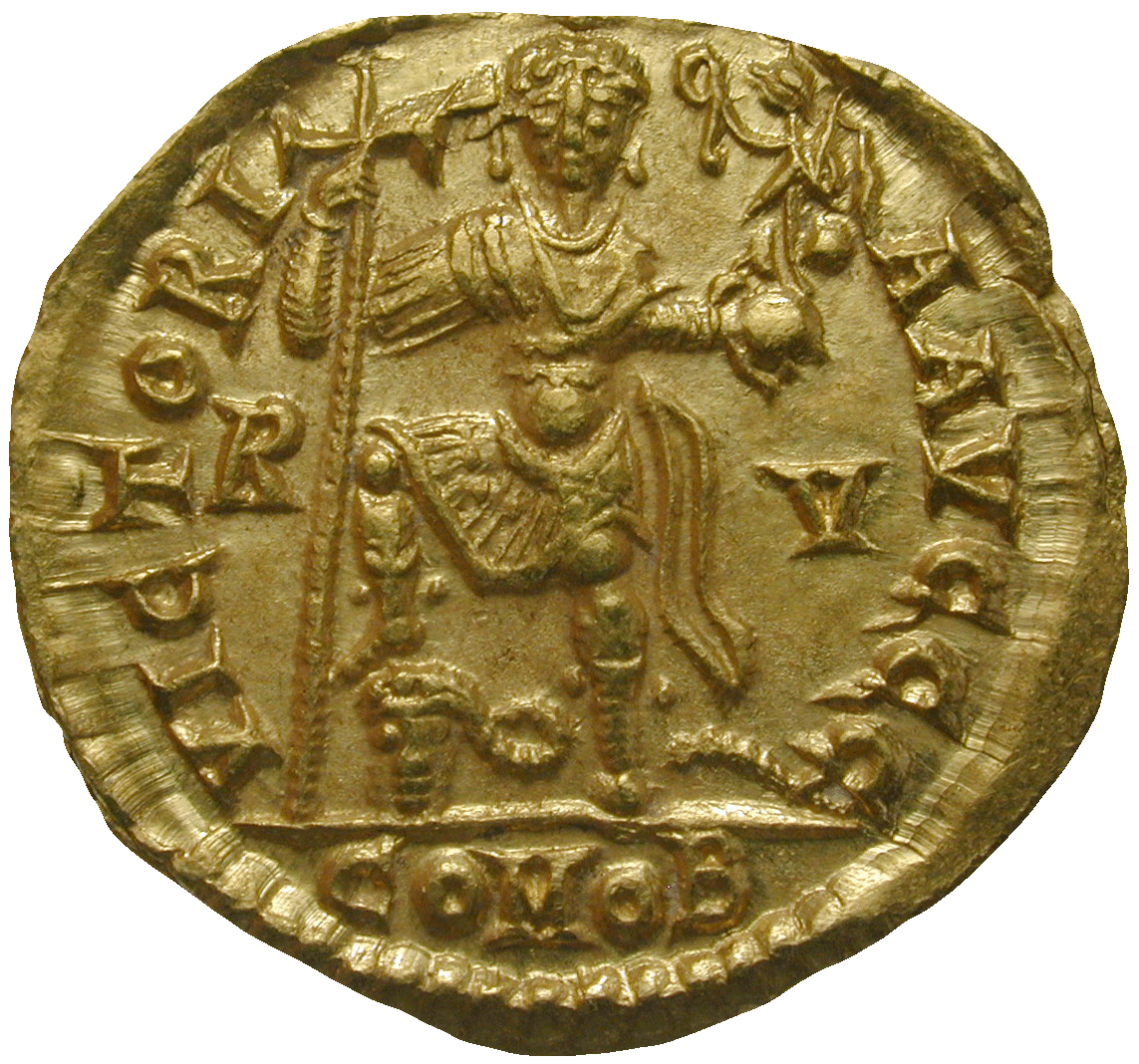 Flavius Placidus Valentinianus III, the last emperor of the Theodosian dynasty, ascended to throne in the year 425. During the thirty years of his reign he stabilized the Western Roman Empire for the very last time. Nevertheless, Valentinianus' reign was characterized by the collapse of his empire. In 439, the Vandals conquered Sicily and the western coast of the Mediterranean. Additionally, the province of Hispania got out of Roman control during this time. And in 451, the Huns under their powerful king Attila invaded Gallia.

Nobody dared to believe that the Huns could be stopped by ailing West Rome: Attila had triumphed in all his previous battles. Hence it came very unexpectedly when Aetius, Valentinianus' Germanic commander, stopped the Huns in the Battle of the Catalaunian Fields (between Châlons and Troyes). But this could not save the Western Roman Empire any more. When Valentinianus passed away, it was the beginning of Western Rome's end.

This solidus depicts a portrait of Valentinian wearing a rose diadem. The reverse shows the emperor again, this time with a cross scepter and a globe with a Victory on top. With his right foot Valentinian crushes a serpent, namely his enemies.