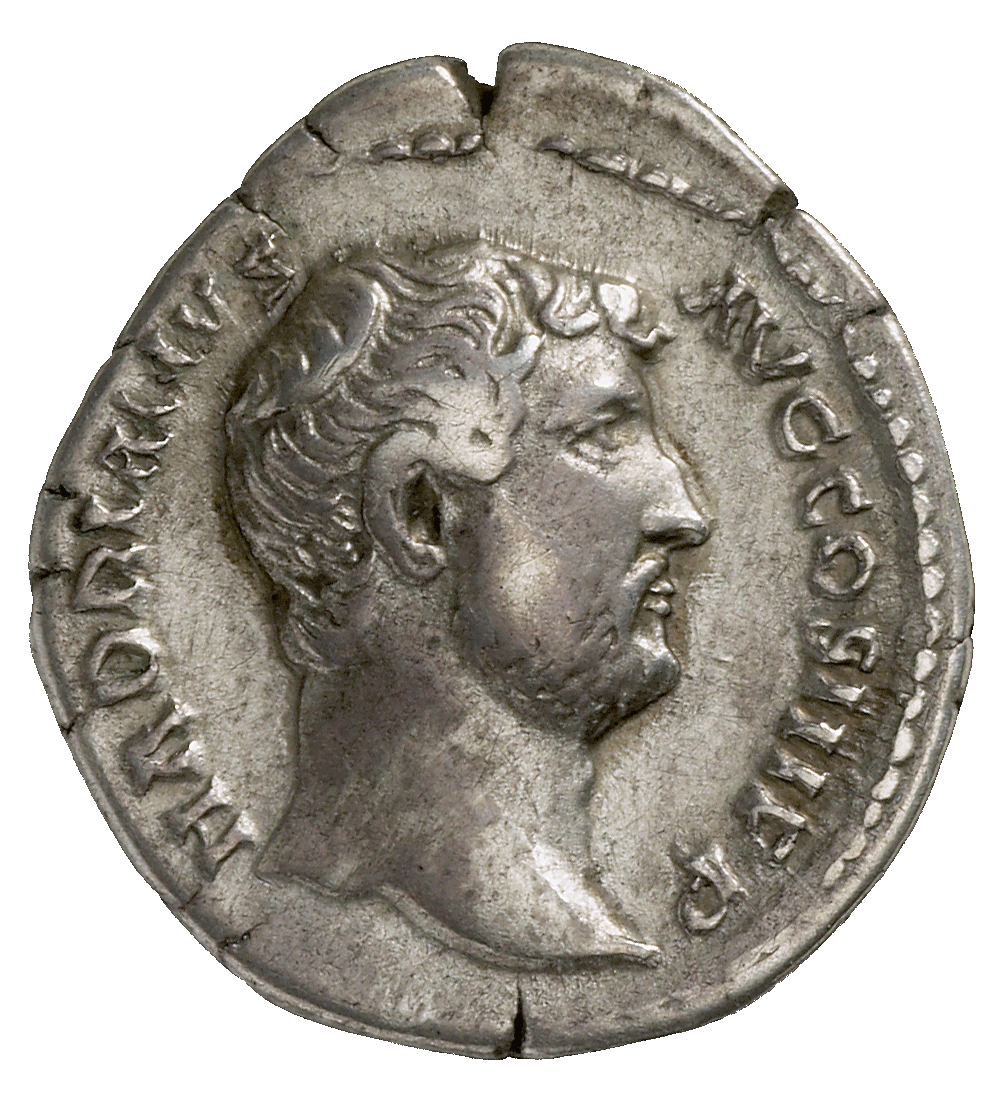 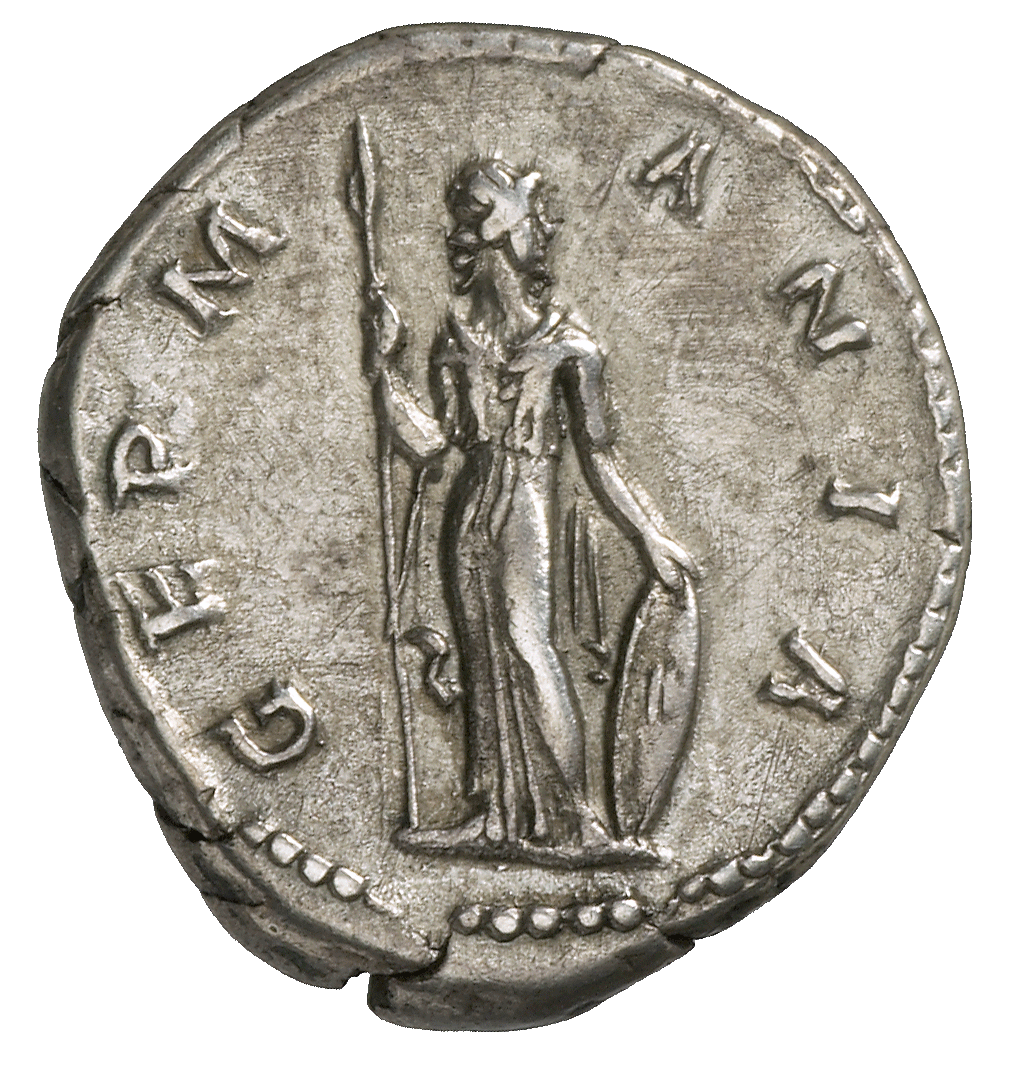 Emperor Hadrian (117-138) inspected almost every Roman province personally. During the last years of his reign, after his lengthy travels had come to an end, he issued several related coin series, which are known as 'provincial coins' today. These coins bore the image of the emperor on their obverse, while the reverses illustrated personifications of Roman cities, provinces and regions. This denarius depicts Germania, the personification of the German lands.