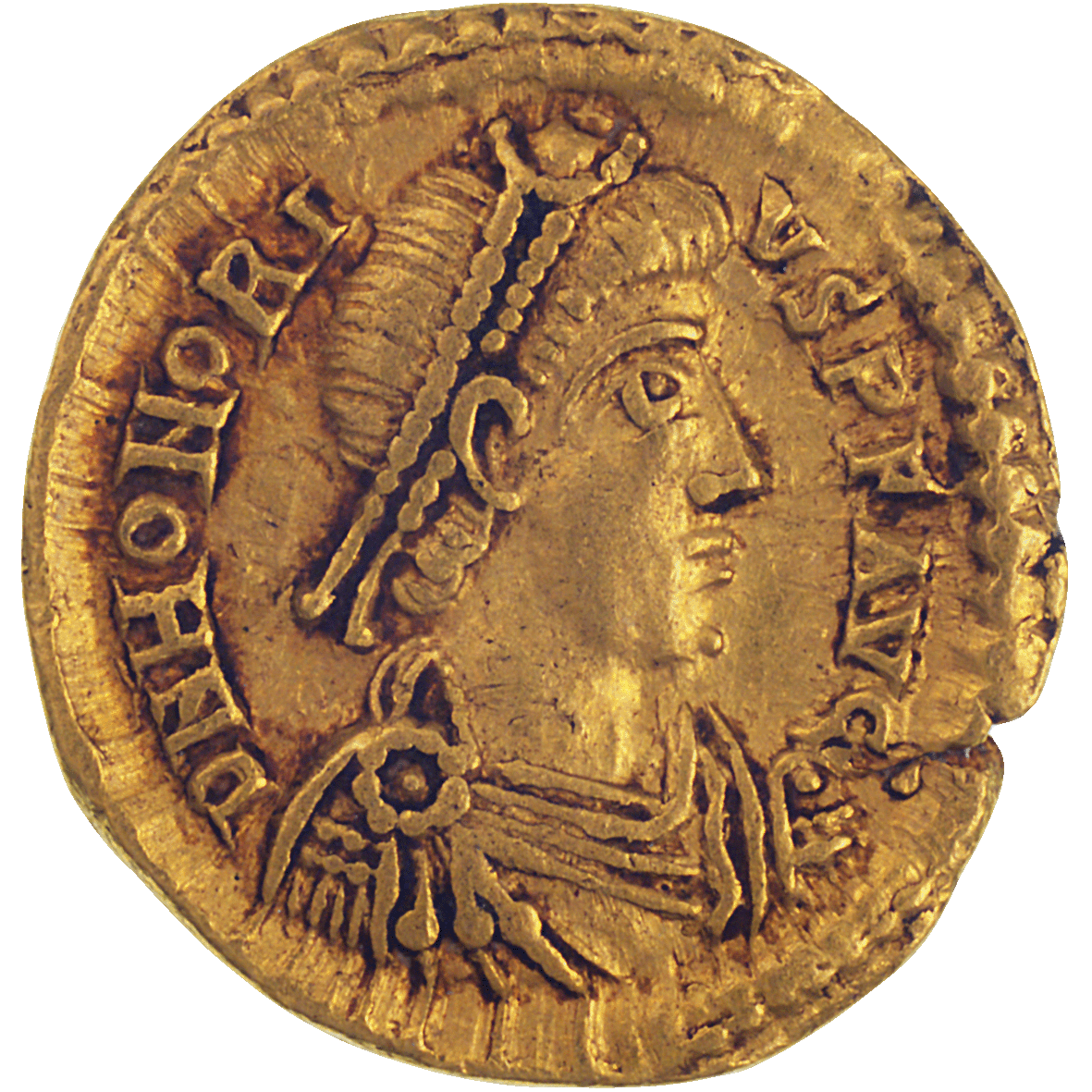 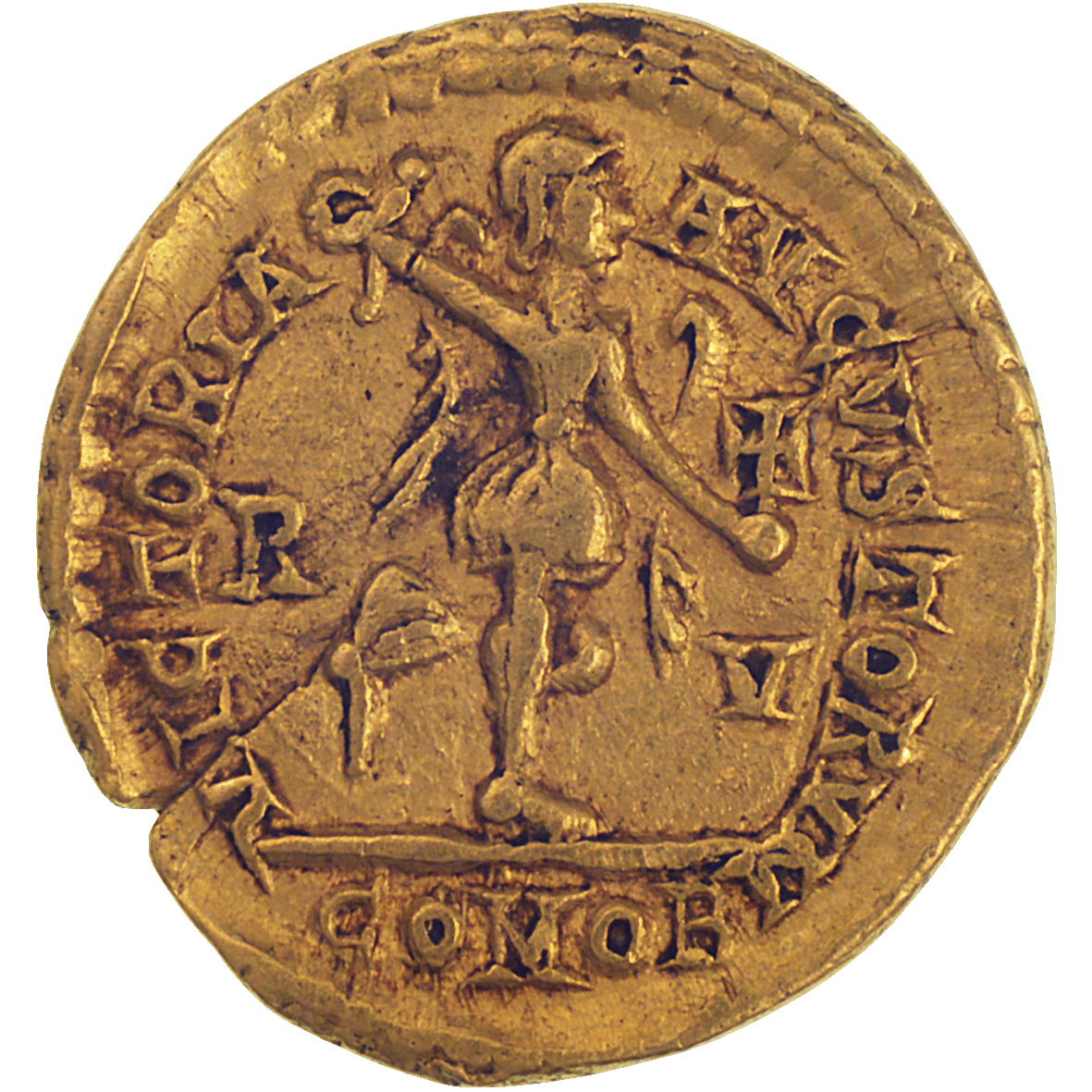 Honorius (393-423) was only ten years old when he ascended to the Roman throne. We do not know what he looked like, because none of his statues or busts have survived, and on coins the portraits of emperors had become more and more stylized during his time. This tremissis shows nothing but a lifeless picture of Honorius.

The tremisses of Honorius became the models for the coin imitations of the 'barbarian' people who settled in the perishing Western Roman Empire and adopted Roman fashions, among them also the art of coinage.