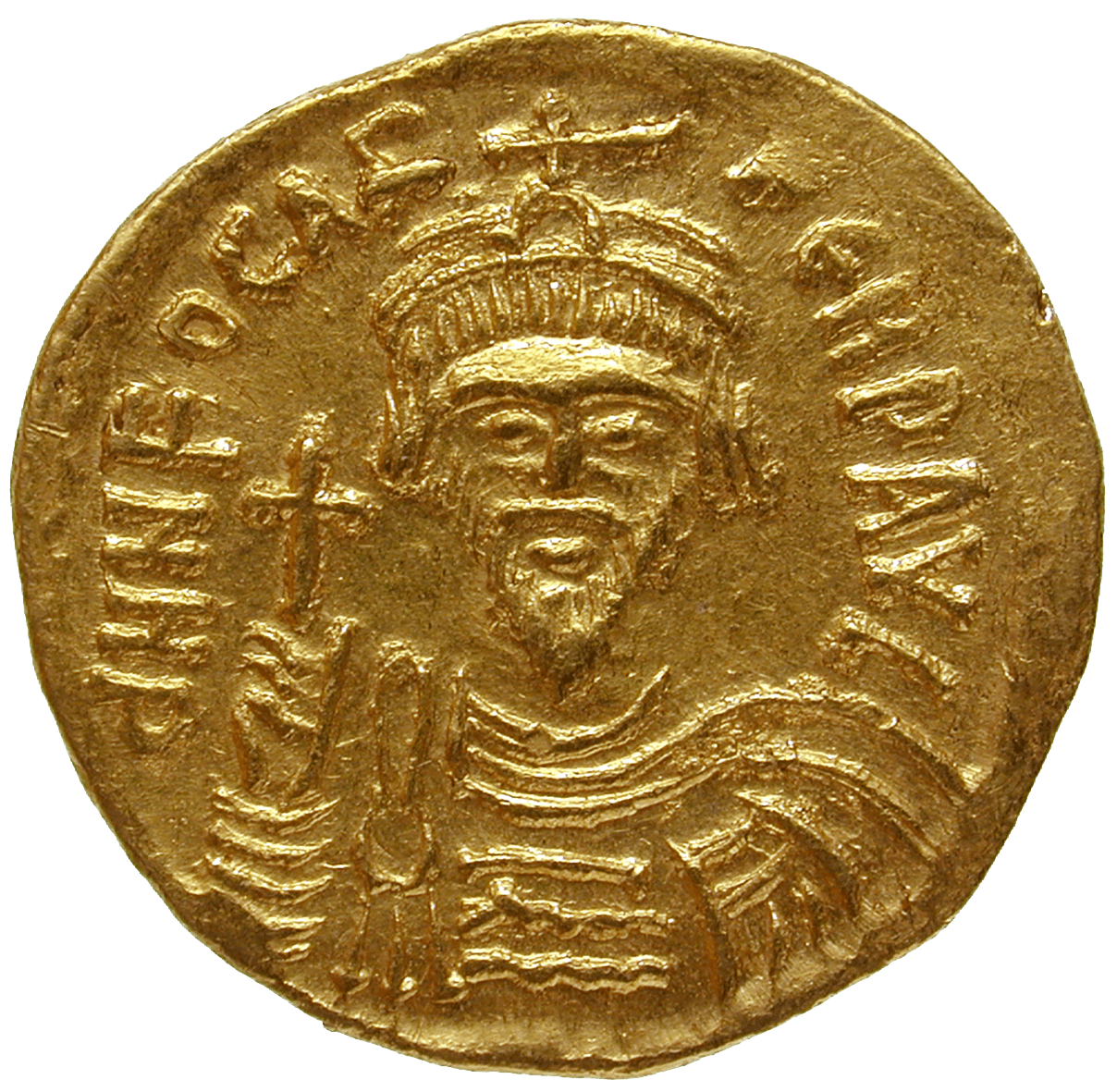 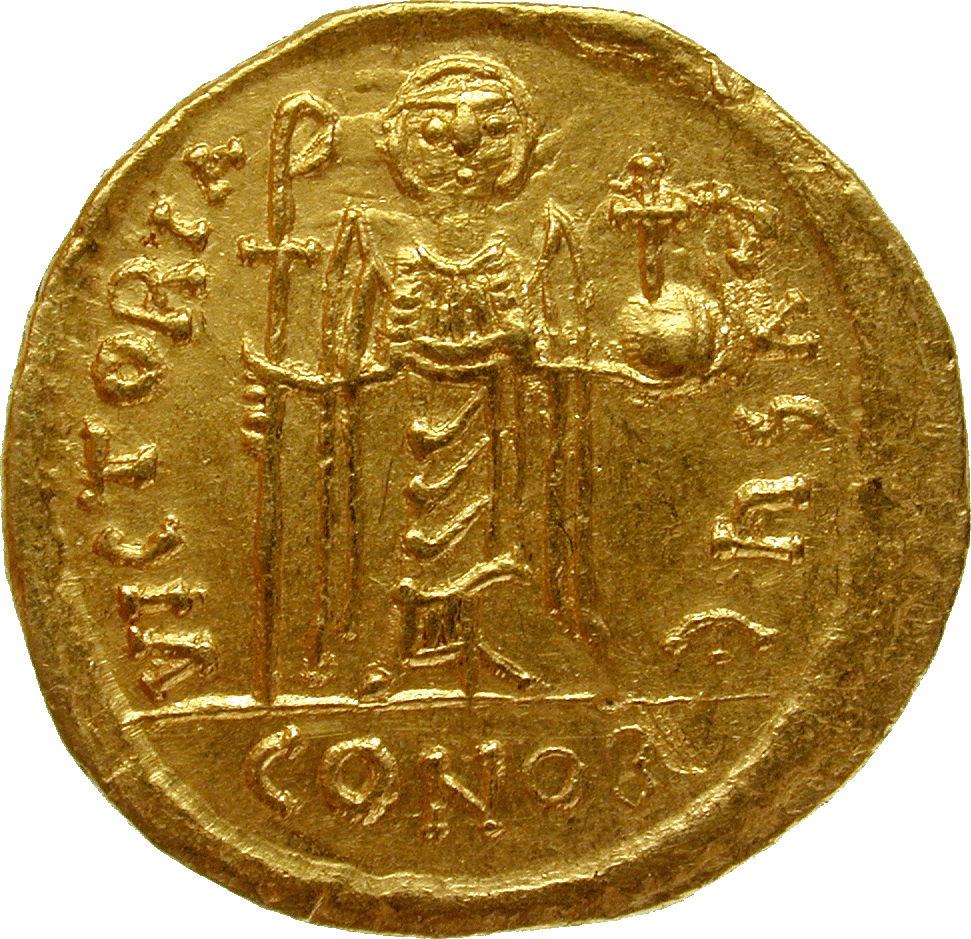 The portrait on this solidus depicts the Byzantine emperor Phocas (602-610). He was anxious to be portrayed as characteristically as possible on his coins, which distinguished him from his predecessors and successors, whose coins generally bore highly stylized representations. With his goatee, Phocas apparently revived the fashion of beards. Since the beginning of the 4th century, all emperors had been clean-shaven according to fine Roman tradition (with the exception of Julian the Apostate, who had worn a philosopher's beard). Subsequent to Phocas, however, the Byzantine emperors were bearded again. Incidentally, Phocas nurtured his facial hair growth to hide an ugly scar – something that had already been said about Emperor Hadrian, who had been the first bearded Roman emperor ever.