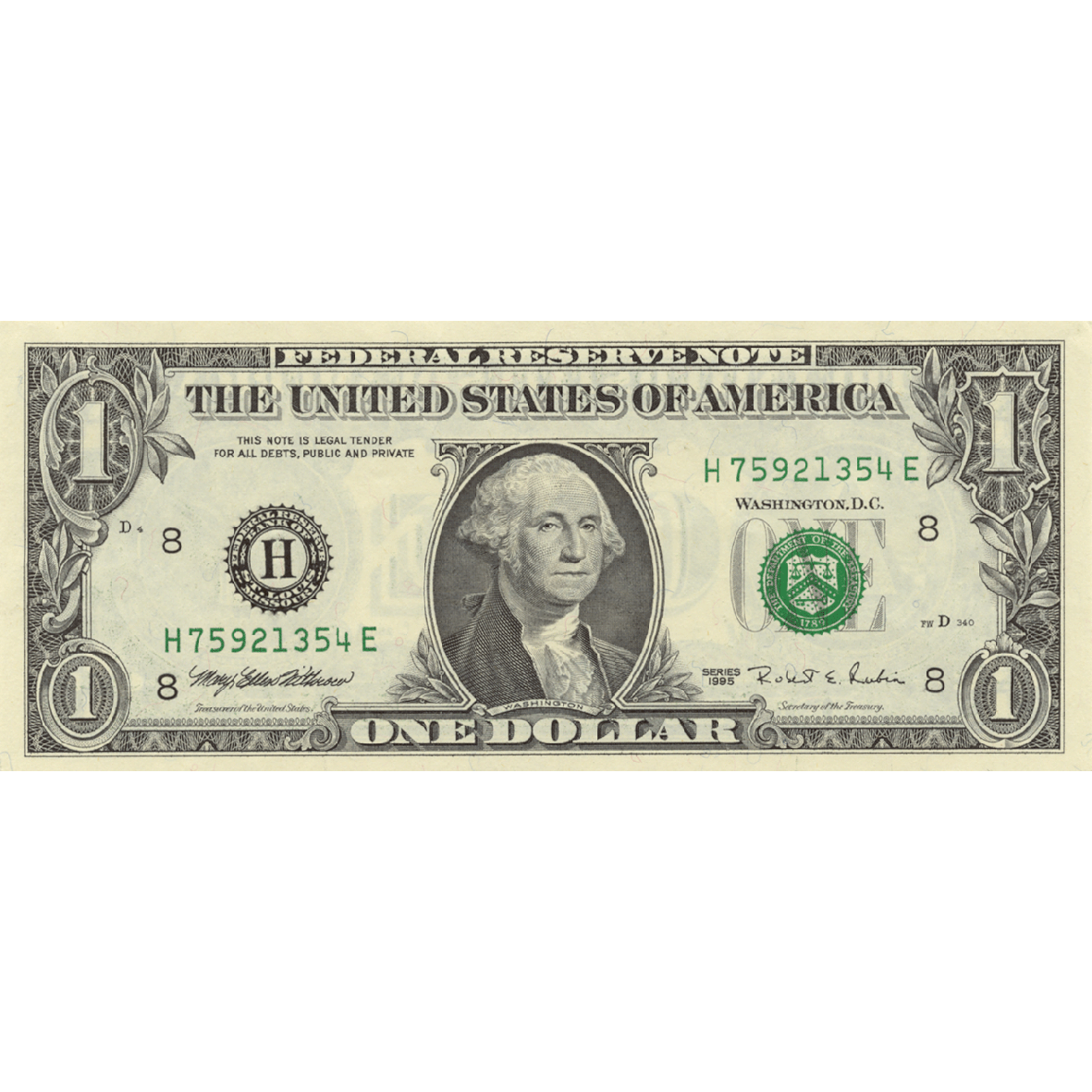 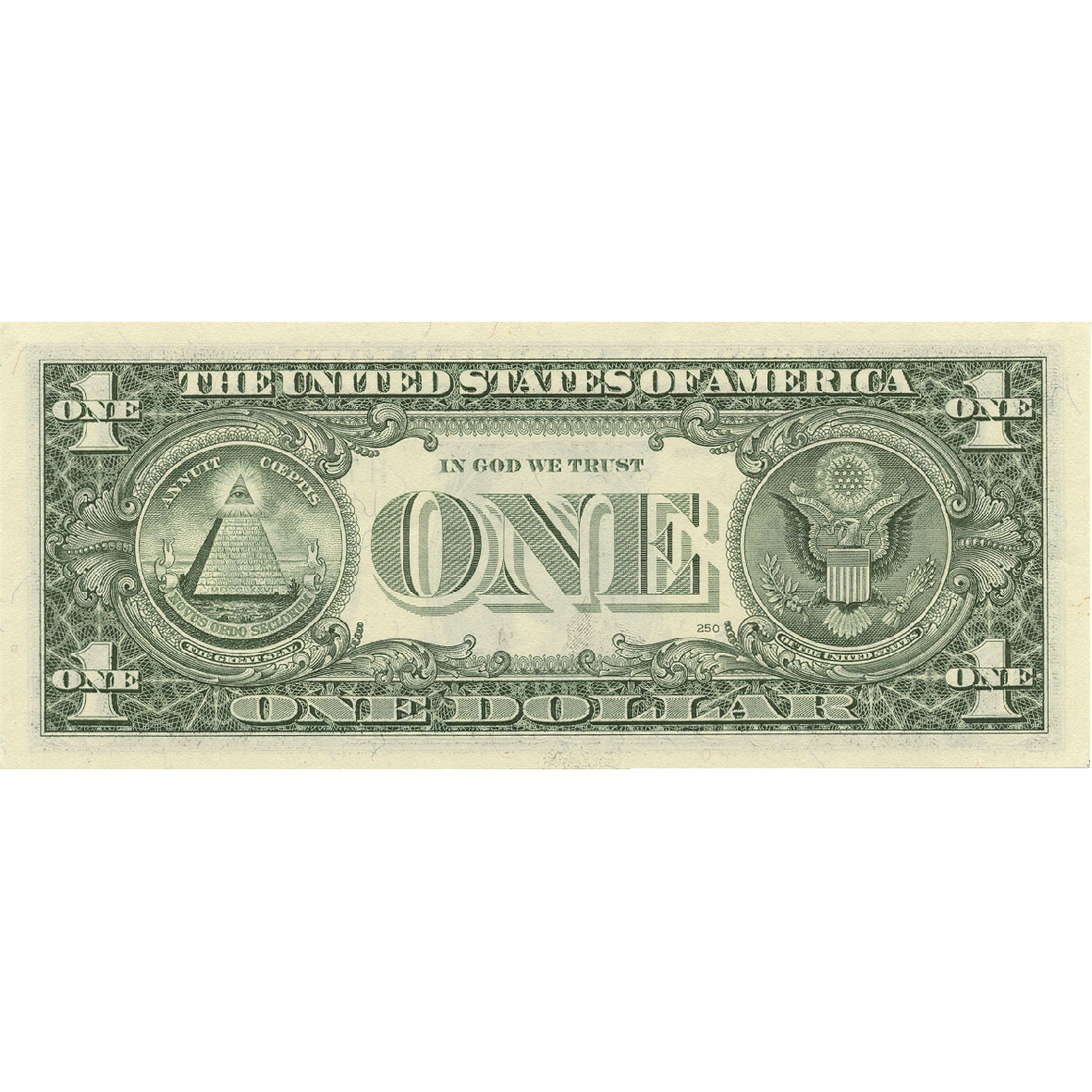 The Union issued so-called greenbacks for the first time during the American Civil War (1861-1865) to cover the enormous expenses of warfare. The name of the notes derived from the then forgery-proof green ink that was used for printing the reverse, while the obverse was printed in black. The greenbacks were the first real paper money circulated by the US government. Similar to the coins, their appearance changed in the course of time. During the second half of the 19th century for instance allegories were a major motif on banknotes. In the 20th century, however, allegories were not in demand any more. From 1929, politicians or official buildings thus were displayed on the American banknotes. The gentleman on this 1-dollar bill is George Washington, the first president of the United States (1789-1797).