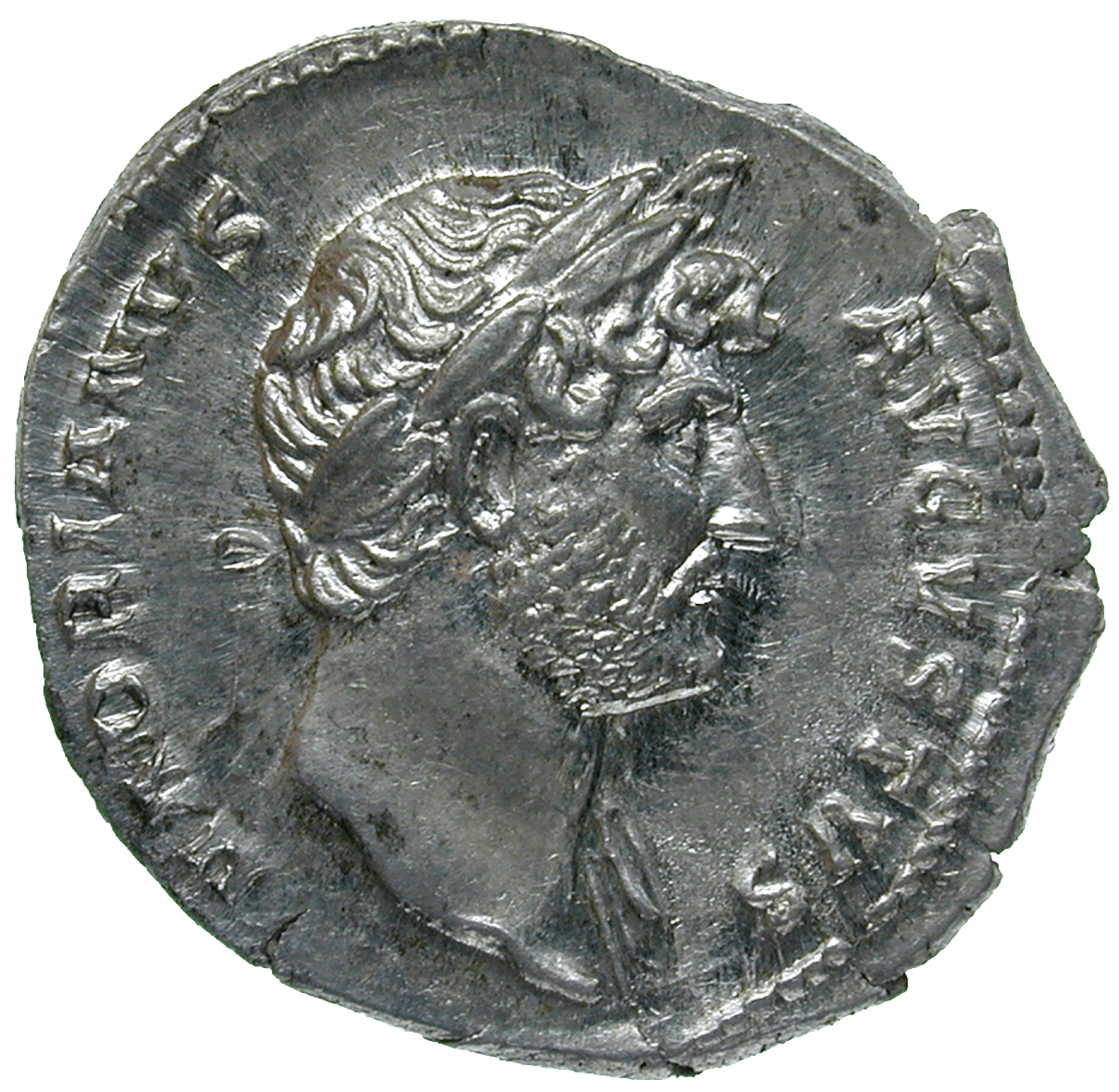 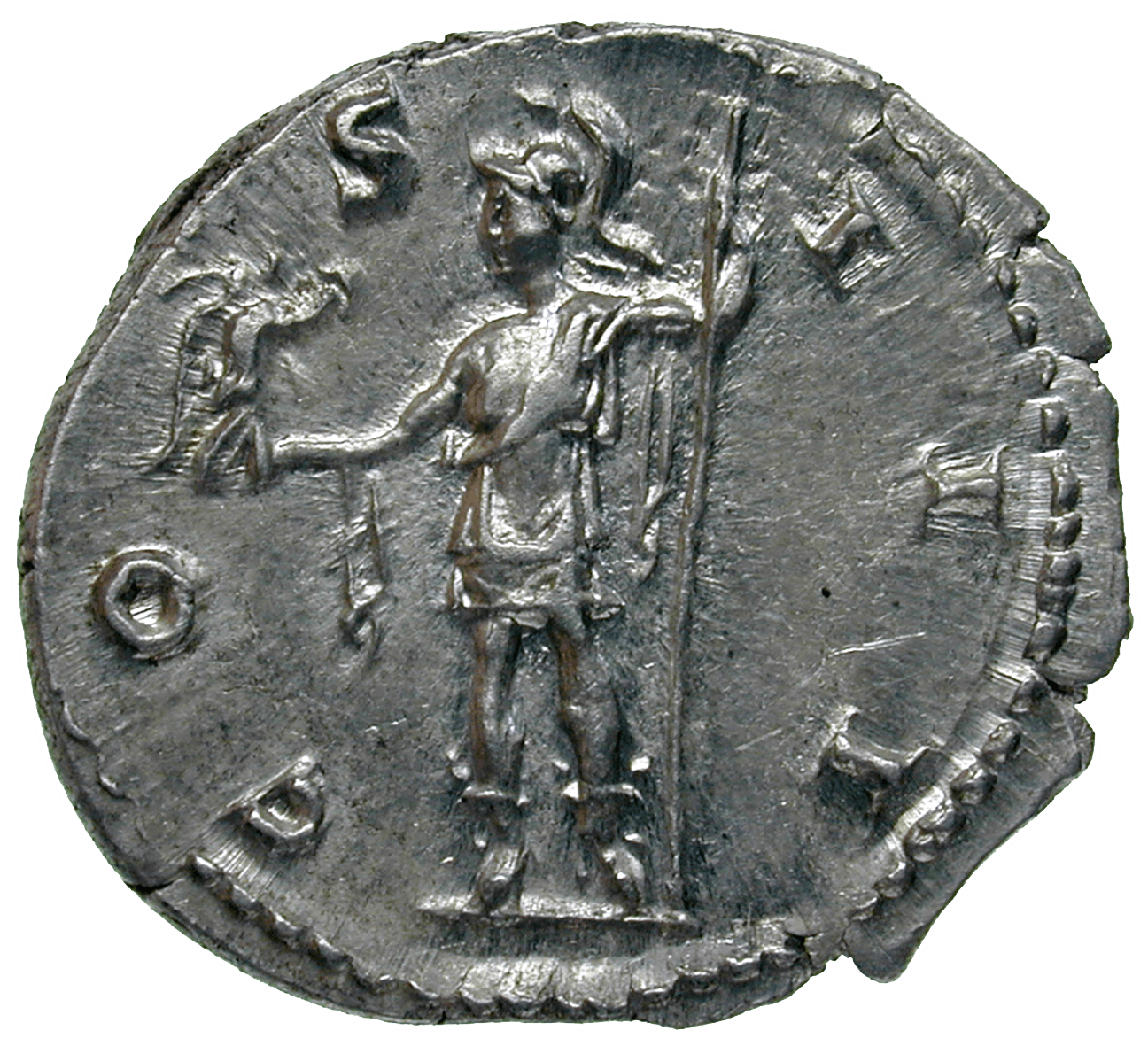 In 125 AD, Emperor Hadrian (117-138) returned from his first extended travel via Sicily to Rome. To personally inspect his empire, Hadrian had been away for four years – traveling to Gaul, Germania, Britain, Spain, North Africa, Asia Minor and the Danube area.

To reconcile the citizens of Rome after his long absence, Hadrian initiated a vivid construction phase in the capital after his return. This on the one hand created employment for many, and on the other hand gave the Romans the feeling that their city was still the center of the world. The reverse of this denarius shows the goddess Roma, while the obverse depicts Hadrian himself.