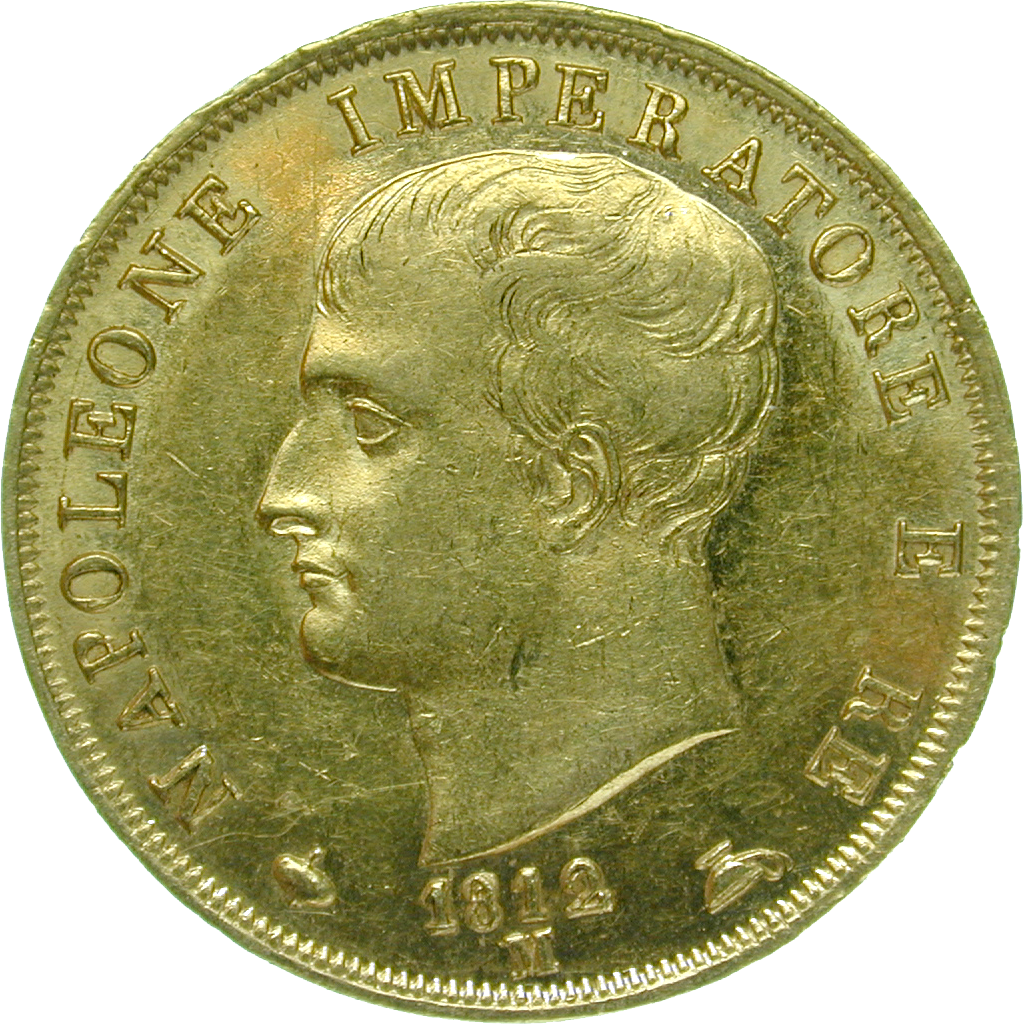 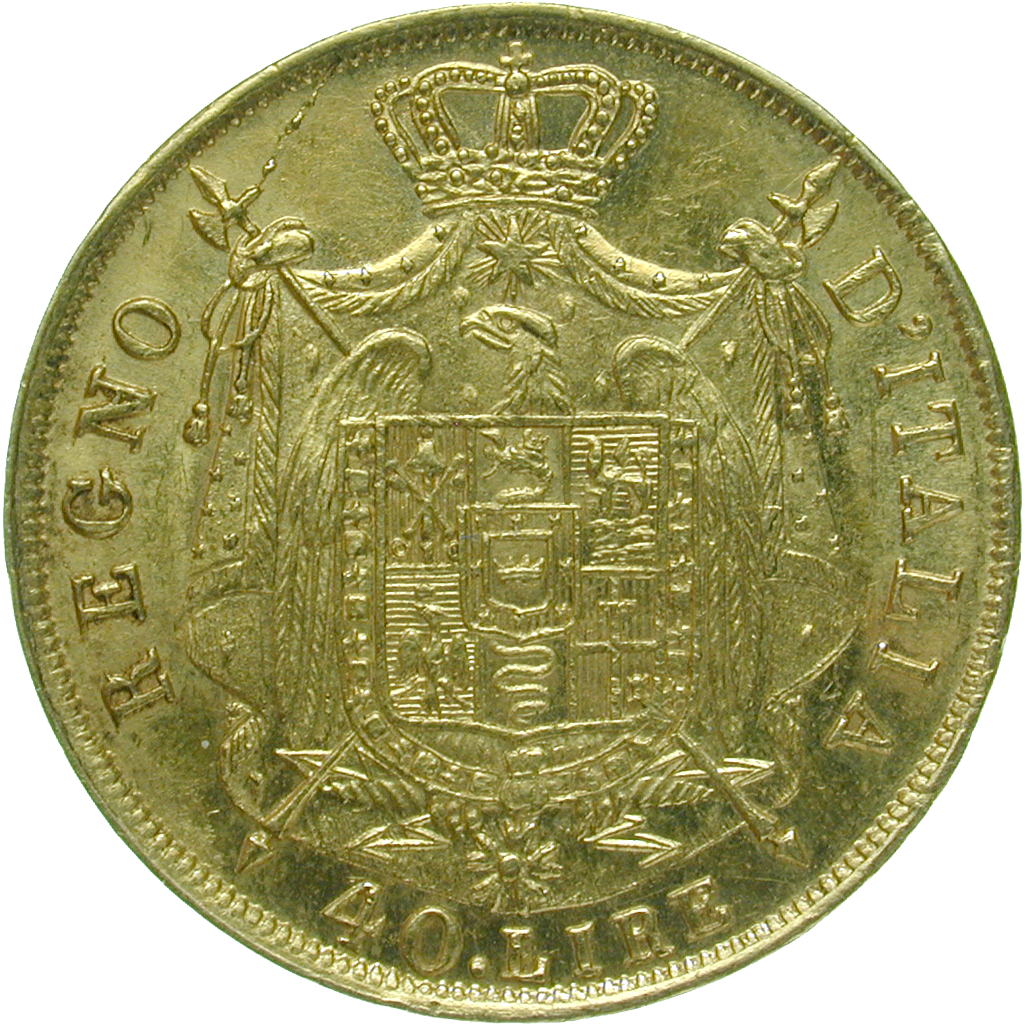 40 lire were a substantial amount of money at the beginning of the 19th century. In 1861, the year of the foundation of the Italian state, only half a million men was able to raise this enormous sum for Census suffrage. Hence not even two percent of the population were entitled to vote in Italy at that time. The obverse of the coin shows Napoleon I (1805-1814), Emperor of the French and King of Italy. For this purpose he had founded the "Regno d’Italia," the Kingdom of Italy, in 1805.