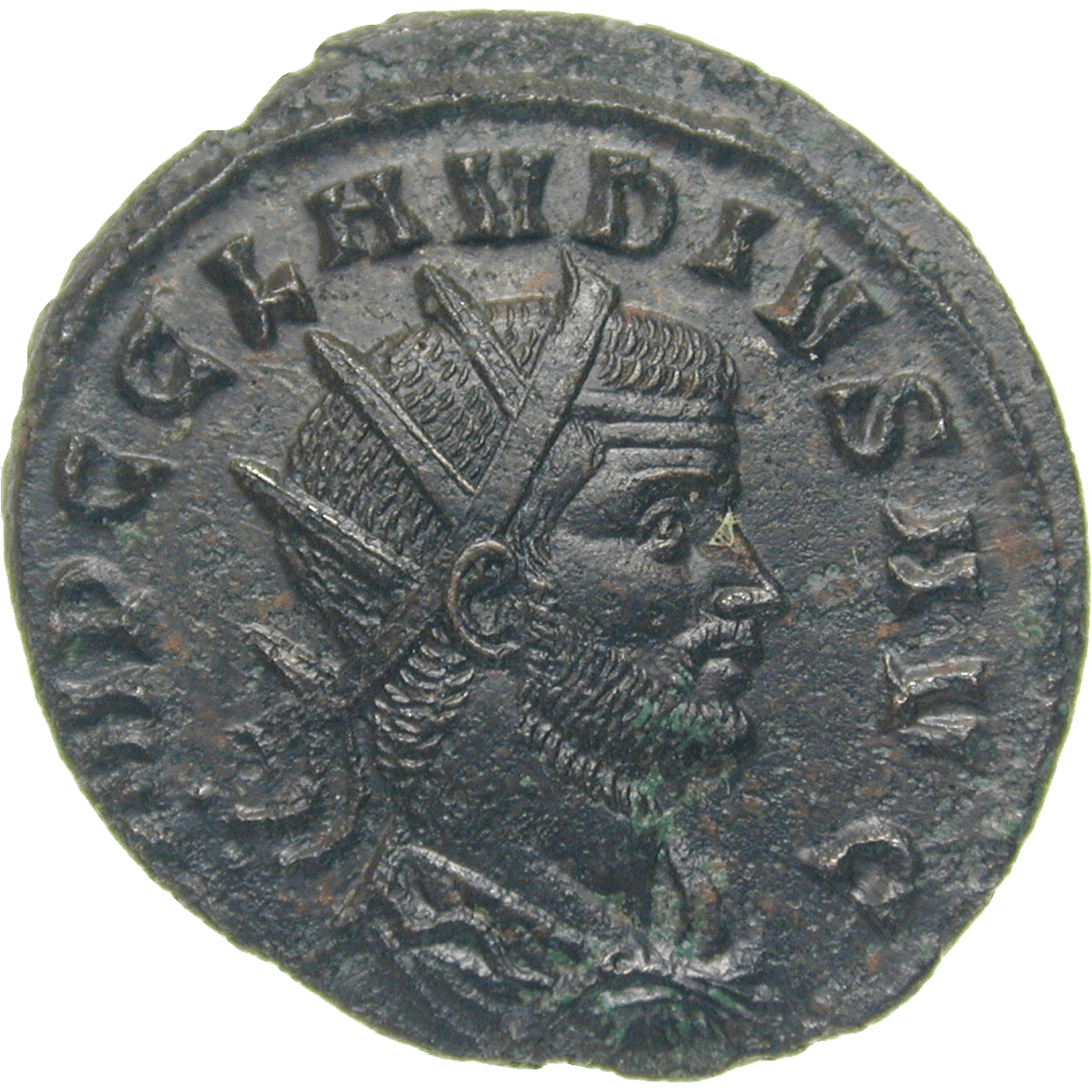 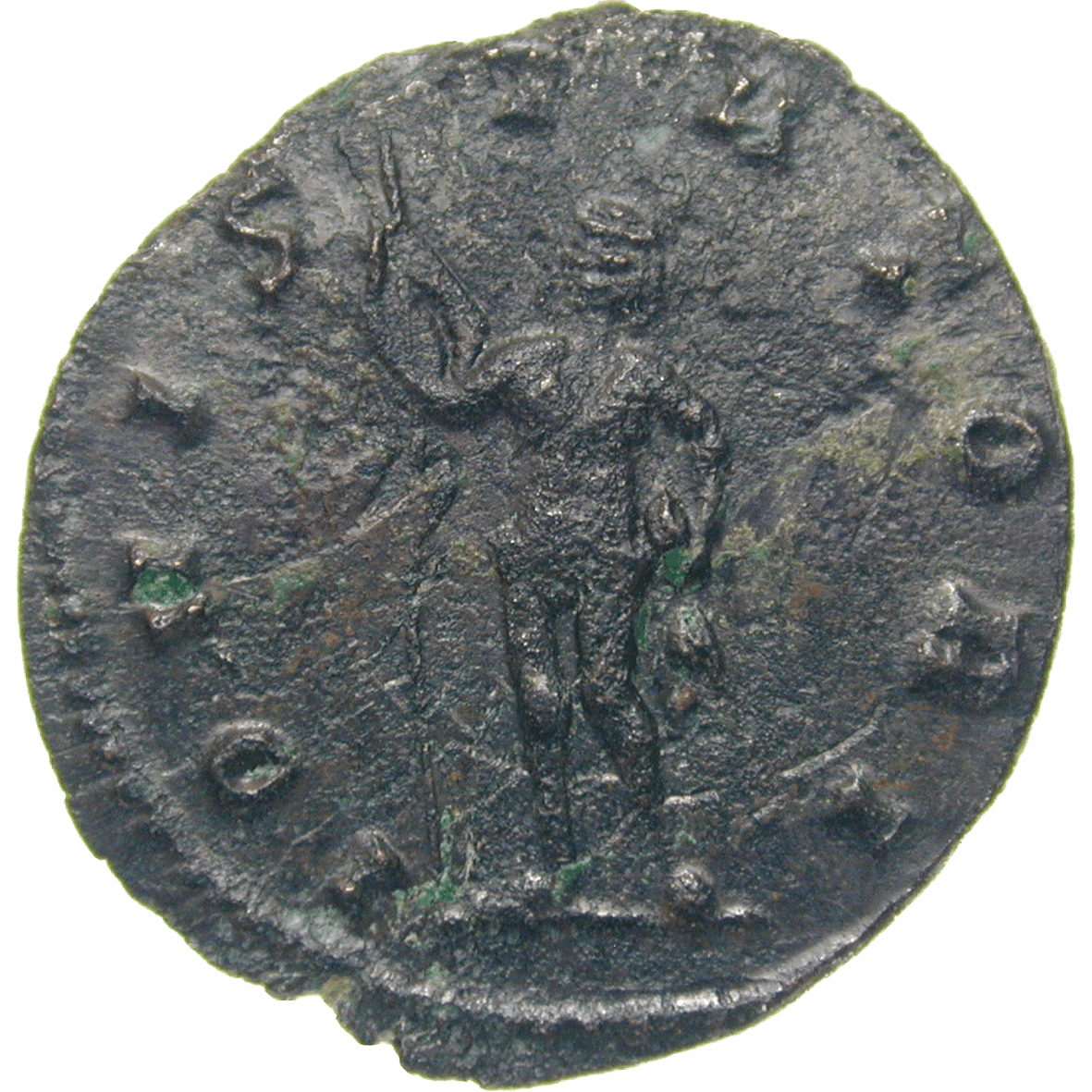 This antoninianus was minted under the Roman emperor Claudius Gothicus (268-270). During the two years of his reign, the emperor gained several great military victories. Instrumental in this victories was, according to contemporary belief, Jupiter Stator, depicted on the reverse of this coin. Jupiter Stator was 'Jupiter the Stayer,' Jupiter who brought Roman enemies to a halt.

Claudius Gothicus had masses of antoninianii minted. They consisted mainly of copper and were often made from small blanks. The quality of minting was poor, too. The coins were witnesses of the big hurry in which they were made, to cover the huge demand of coins as a result of inflation.