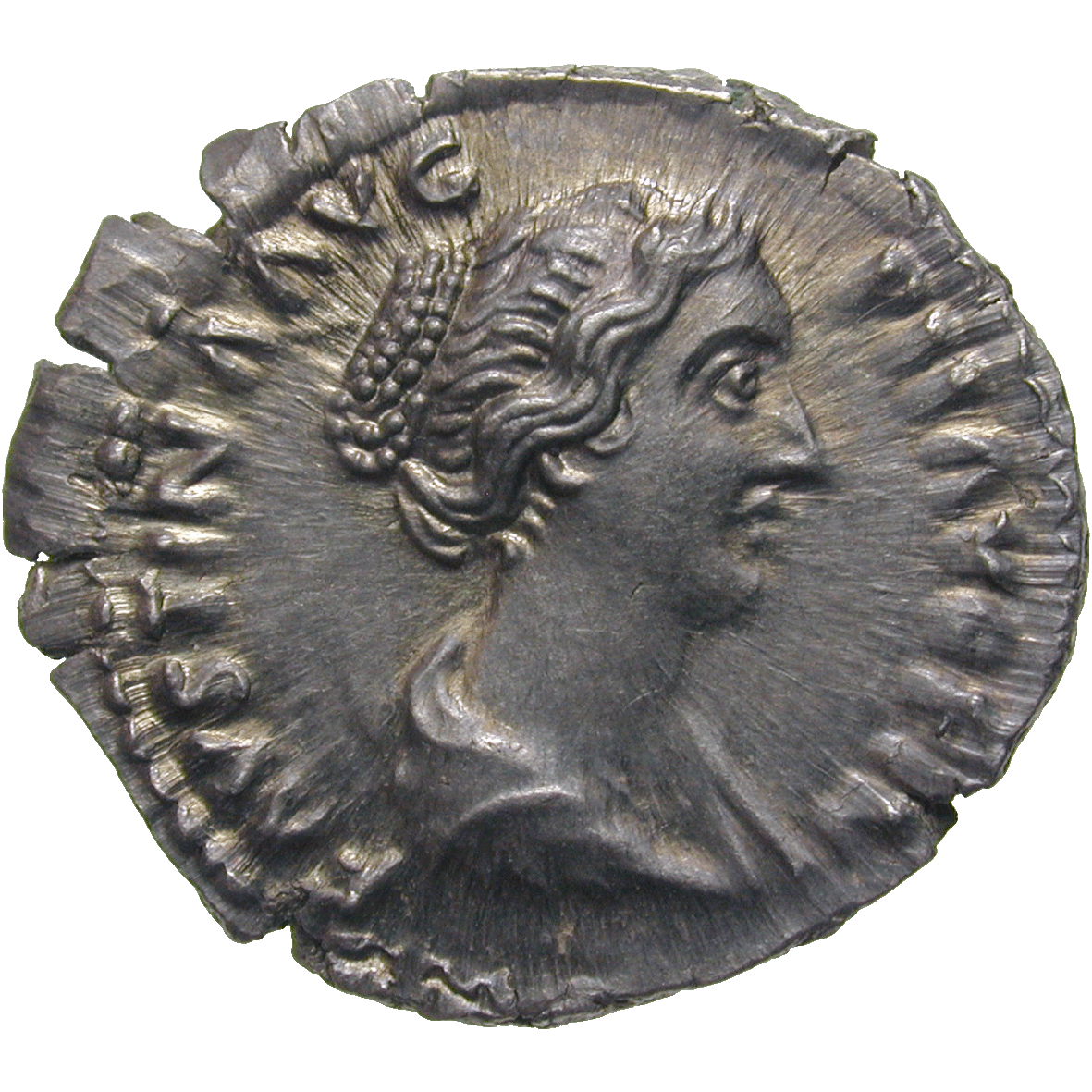 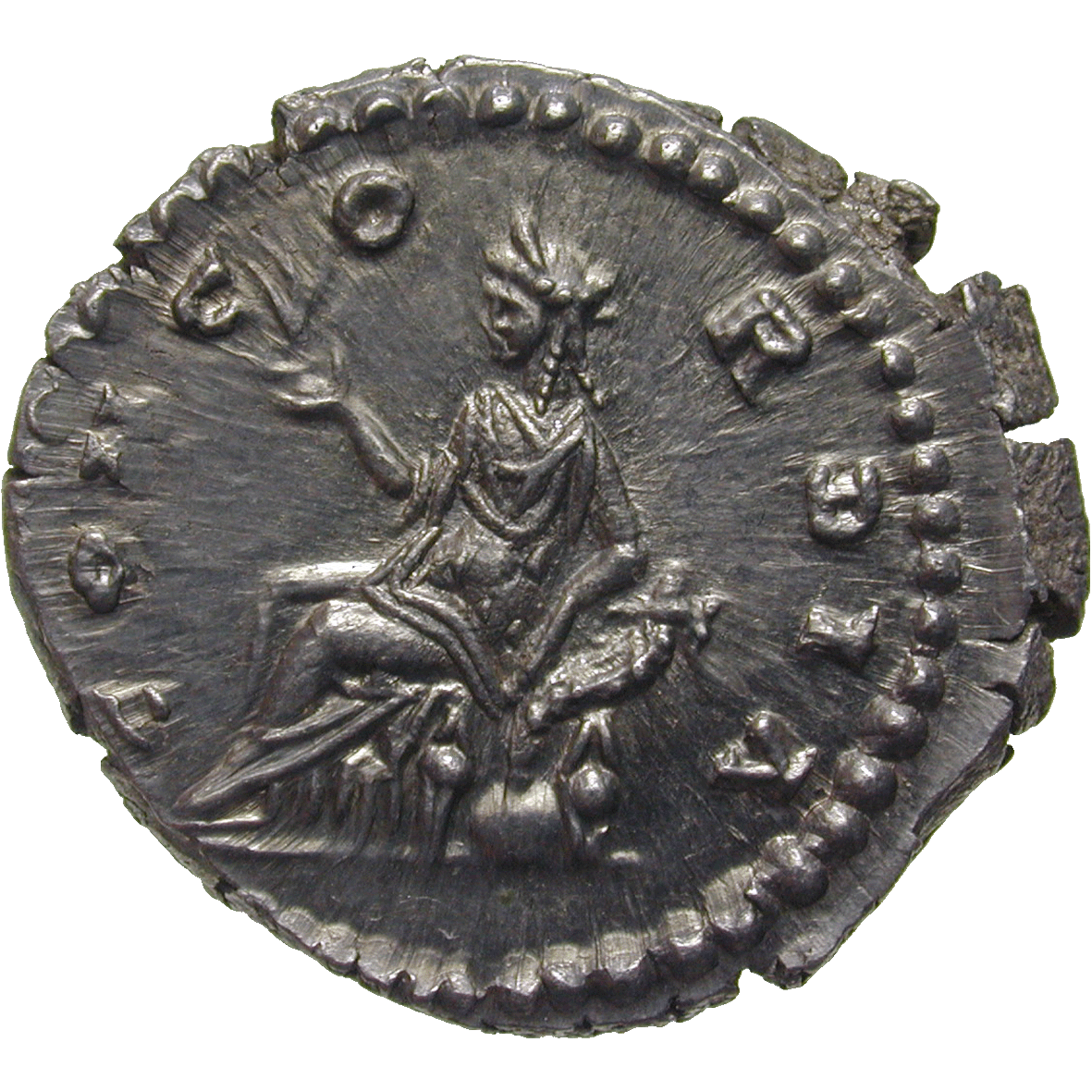 Faustina Minor, Faustina the Younger, was the daughter of Roman emperor Antoninus Pius and his wife, the empress Faustina Maior. 145 AD, at the age of about 15, she became the spouse of Marcus Annius Catilius Severus, the later emperor Marcus Aurelius (161-180). The couple had at least 12 children, of which five to six daughters and one son survived to adulthood.

In the year 147, Faustina was given the title of Augusta, of empress. Because she accompagnied her husband on his campaigns – rumors had it that she had extramarital affairs, so that he didn't want to leave her alone in Rome – Marcus Aurelius made Faustina 'Mater Castrorum,' 'Mother of the Camp.' After her death in the year 176, the Senate declared her Diva, goddess.

On this denarius, Faustina is shown together with Concordia, the personification of harmony.