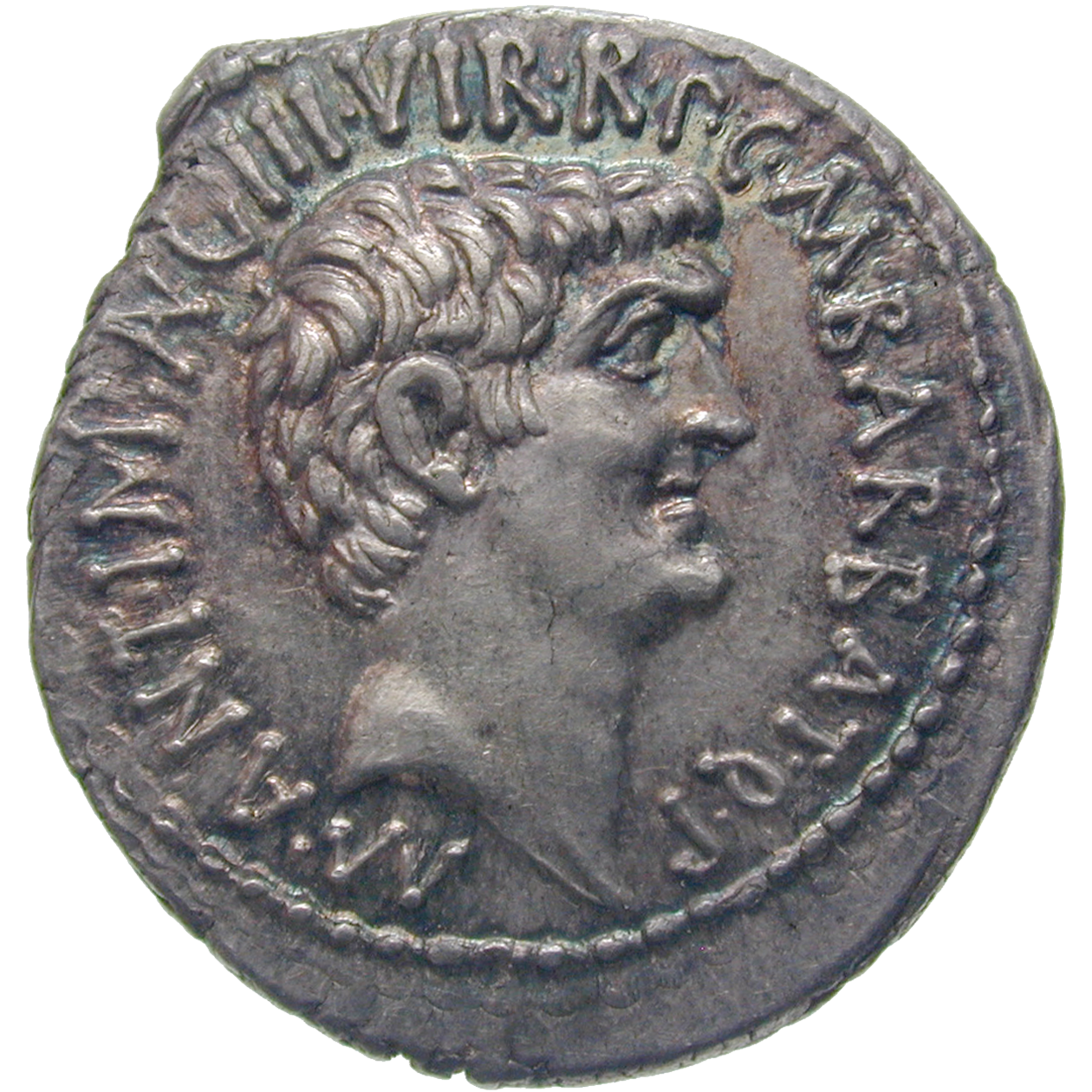 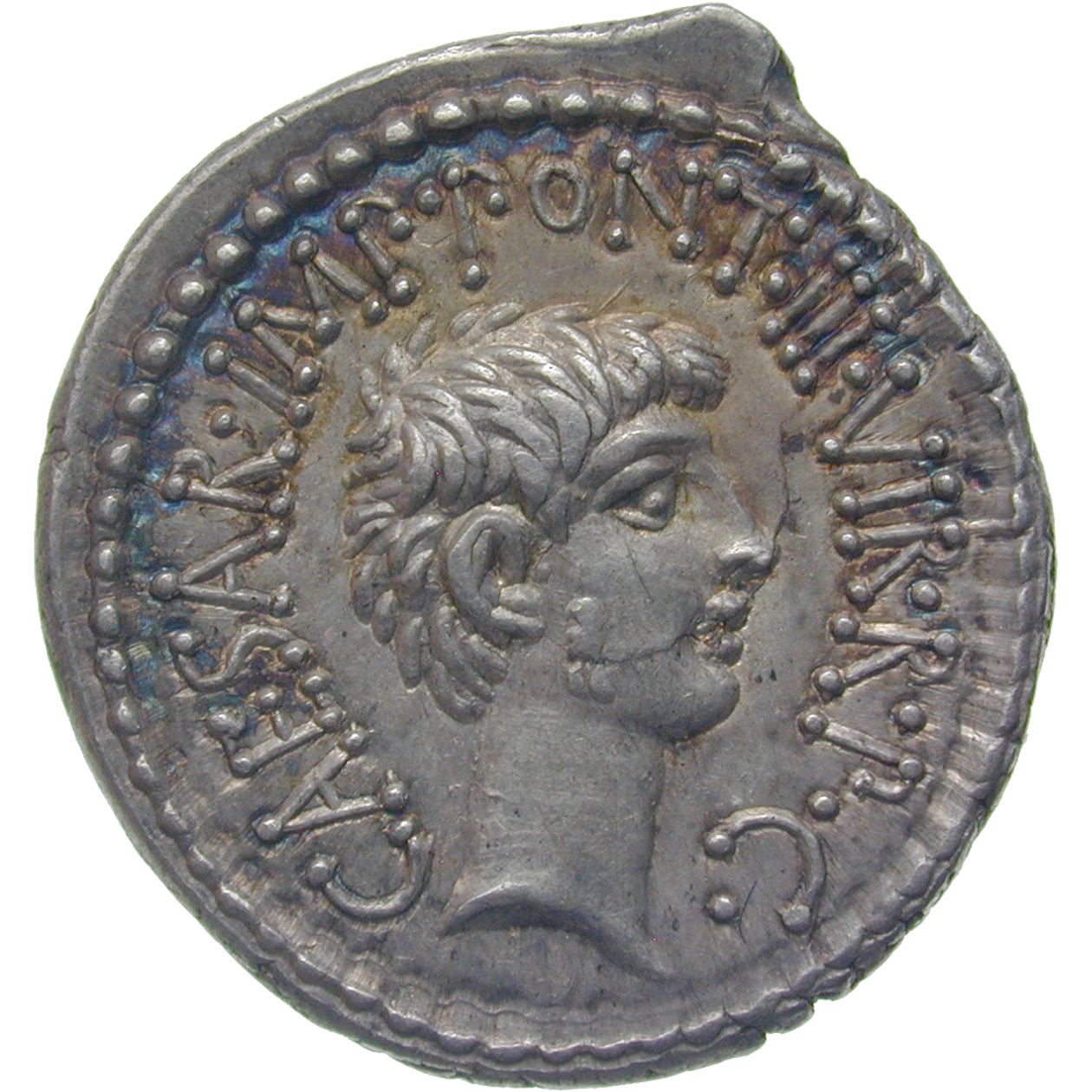 This Roman denarius from the year 41 BC shows on the obverse the portrait of Mark Antony and an inscription whose first part (M ANT IMP AVG III VIR R P C) identifies him as military commander (Imperator) and member of the triumvirate (III VIR), which he formed together with Octavian and Lepidus.

The second part of the inscription (M BARBAT Q P) refers to Marcus Barbatius and his position as quaestor pro praetore, a financial official.

The reverse portrays another of the triumviri, the youthful Octavian. He, too, is identified by the legend (CAESAR IMP PONT III VIR R P C).

In 41 BC, Mark Antony was in command of the Greek east, which included Egypt and Syria. Octavian controlled the west – Gaul, Spain and Sardinia, while Lepidus was bundled away to Africa. Italy itself was considered neutral, or at least as territory of special status. The end of the triumvirate came in 36 BC, when Octavian achieved victory over Lepidus and turned against Mark Antony.