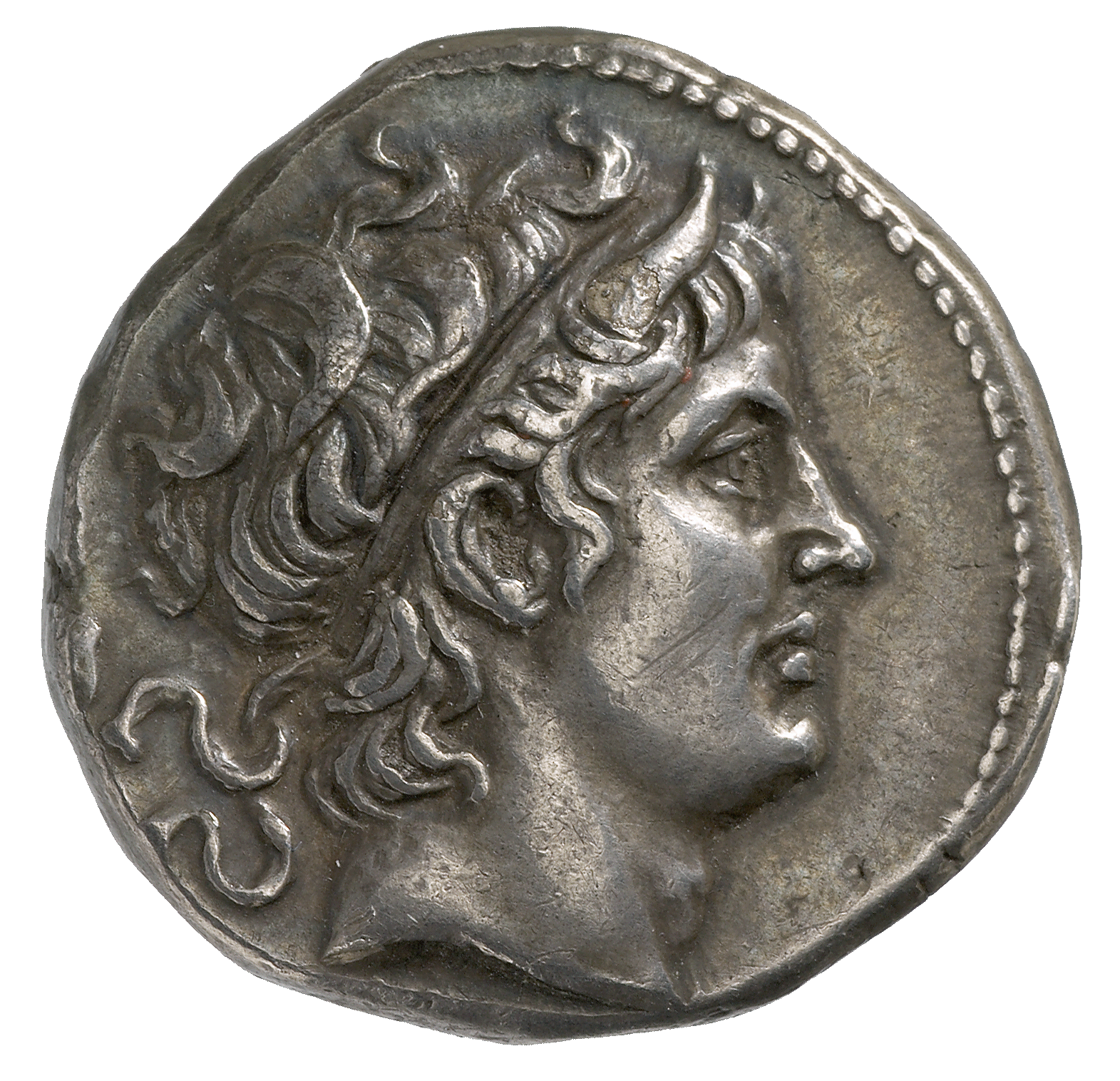 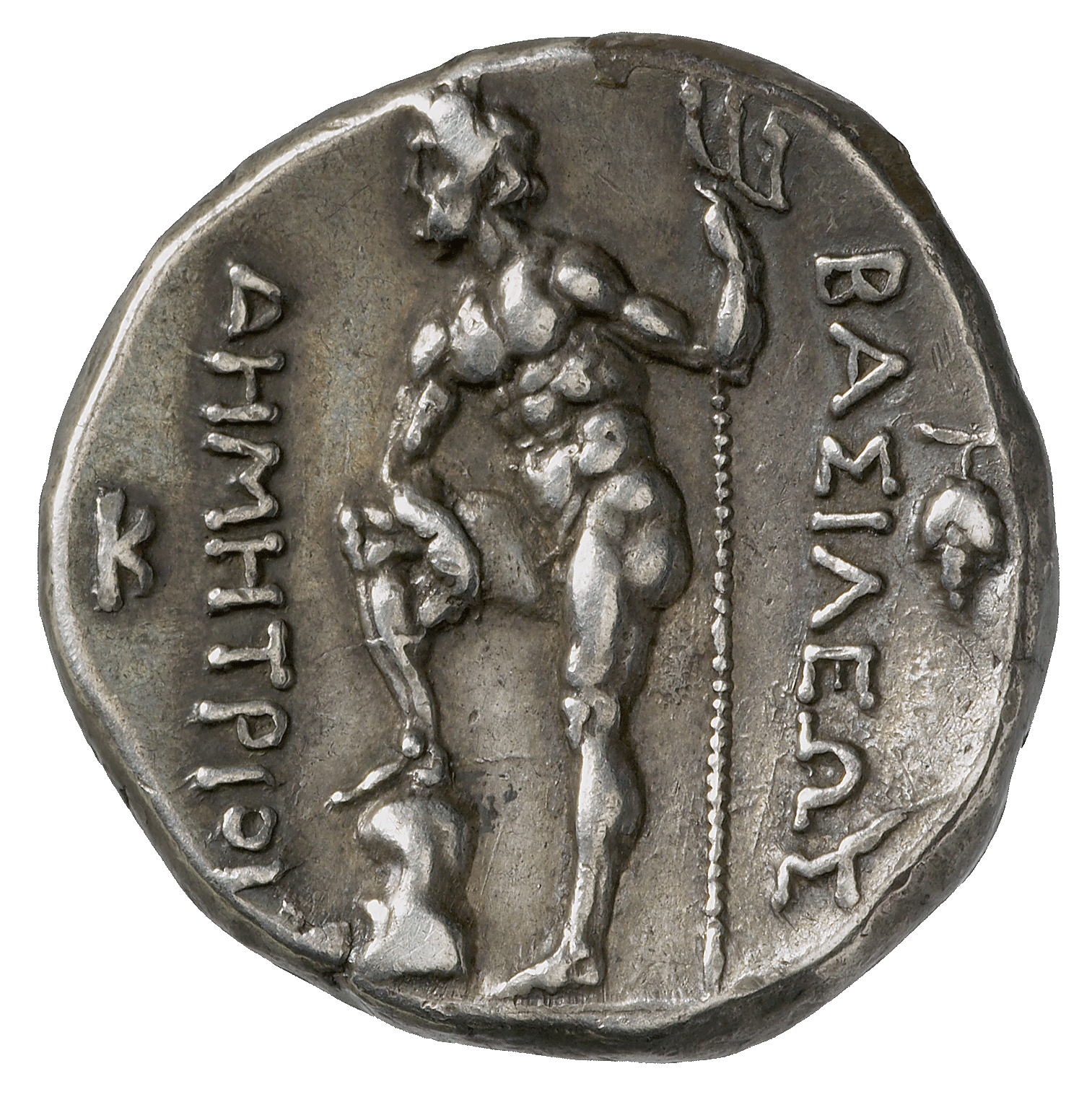 This tetradrachm was minted in the Kingdom of Macedon by Demetrius I (294-288 BC) of the Antigonid dynasty: the first of the Diadochi, the successors of Alexander the Great, to take on the title of king and declare himself independent from Alexander's empire (in 306 BC).

Like the other Diadochi, Demetrius at first issued coins with Alexander's types. Soon, however, he replaced Alexander's name with his own and added the title of basileus (king) that both he and his father had assumed in 306. Moreover, Demetrius was the first ruler ever to blatantly put his own portrait on a coin. Not even the great Alexander had dared to do so.

Hence, this coin is the first in history to bear a portrait that can doubtlessly be assigned to a certain person. That it shows Demetrius and not his father Antigonus is made clear by the diadem with the little bull horns that was characteristical of the young king.