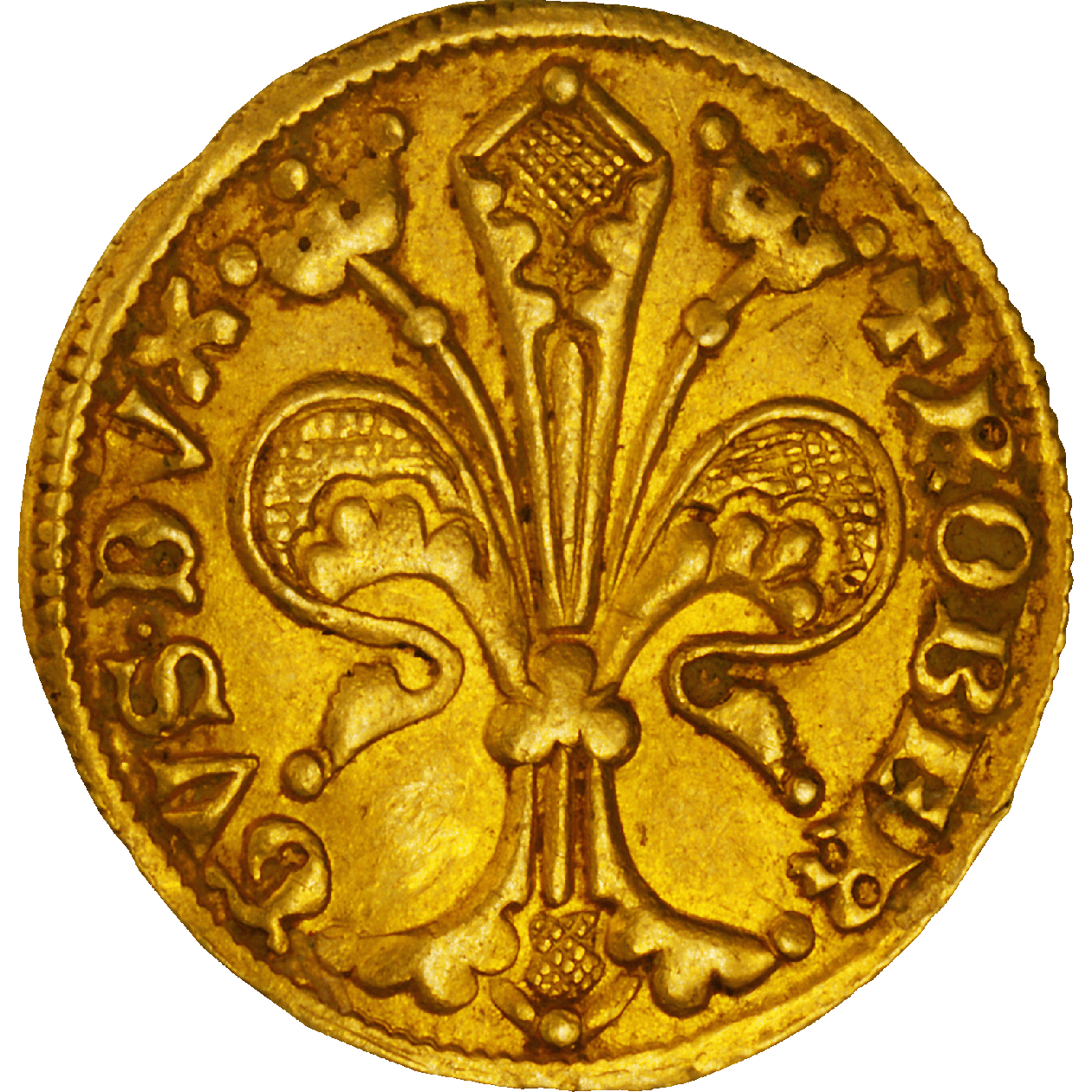 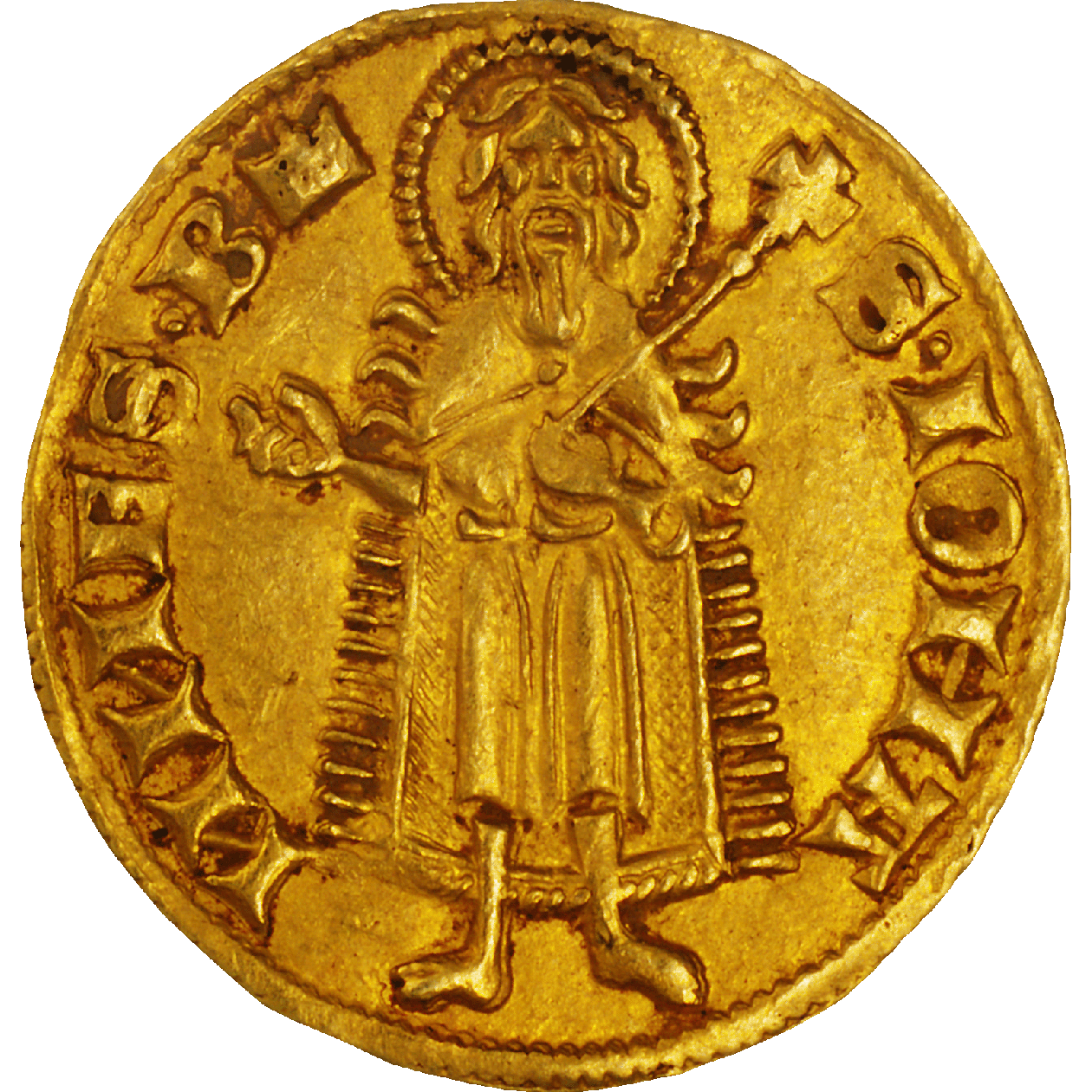 In the 14th century imitative coinage played a conspicuous role. The by far most popular model in gold was the fiorino d'oro of Florence. More than 150 coin authorities copied the fiorino over time.

This florin d'or, as these coins were called in French, is an issue of Robert of Bar (1354-1411). Like many early imitations it bears the original Florentine coin images with partially changed inscriptions. The obverse shows the emblem of Florence, the lily flower, with the inscription ROBERTVS DVX. The reverse depicts the city saint of Florence, John the Baptist, and the inscription S(anctus) IOHANNES B(aptista); next to the saint's nimbus we see the mint mark in the form of a little crown.