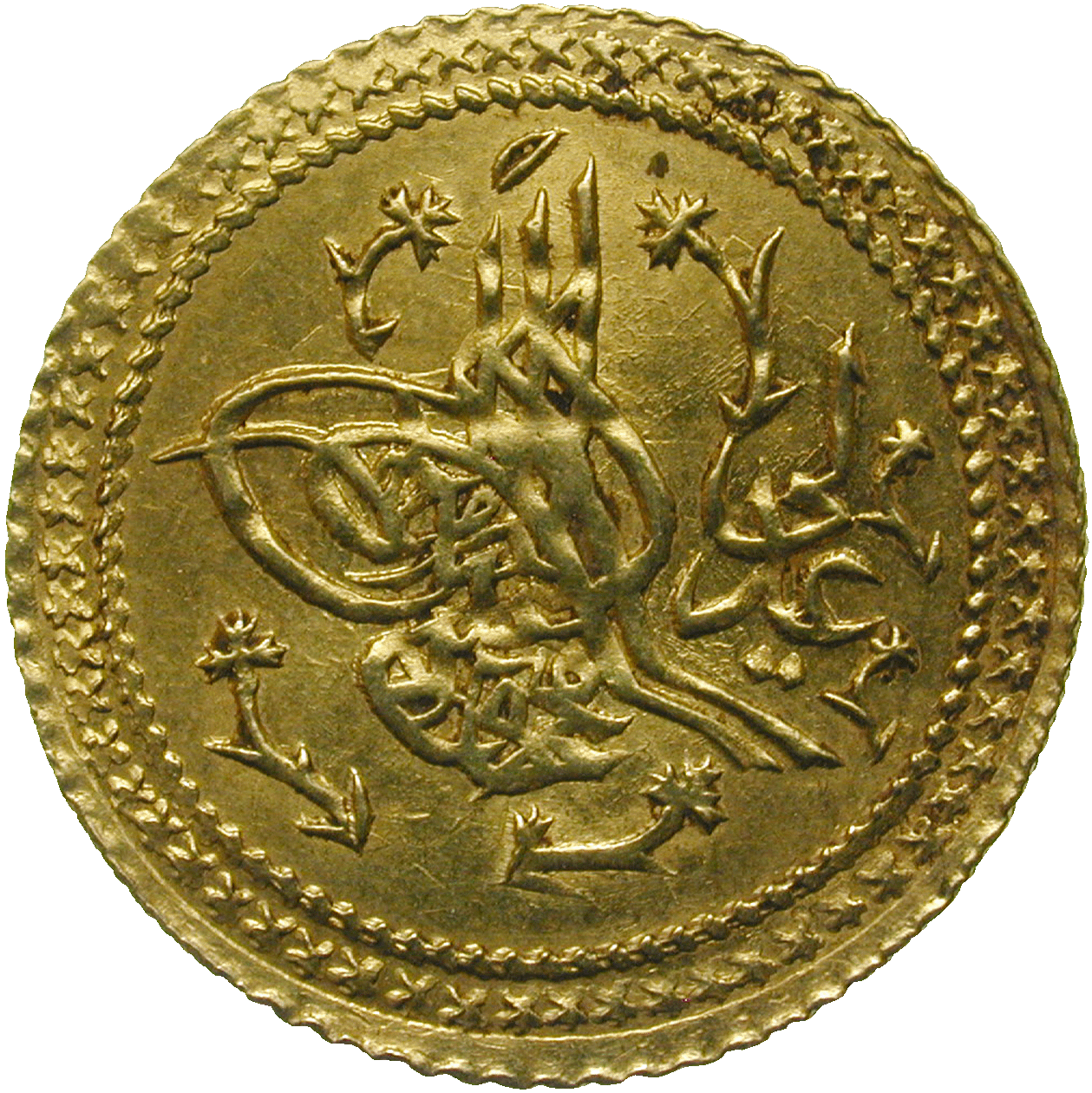 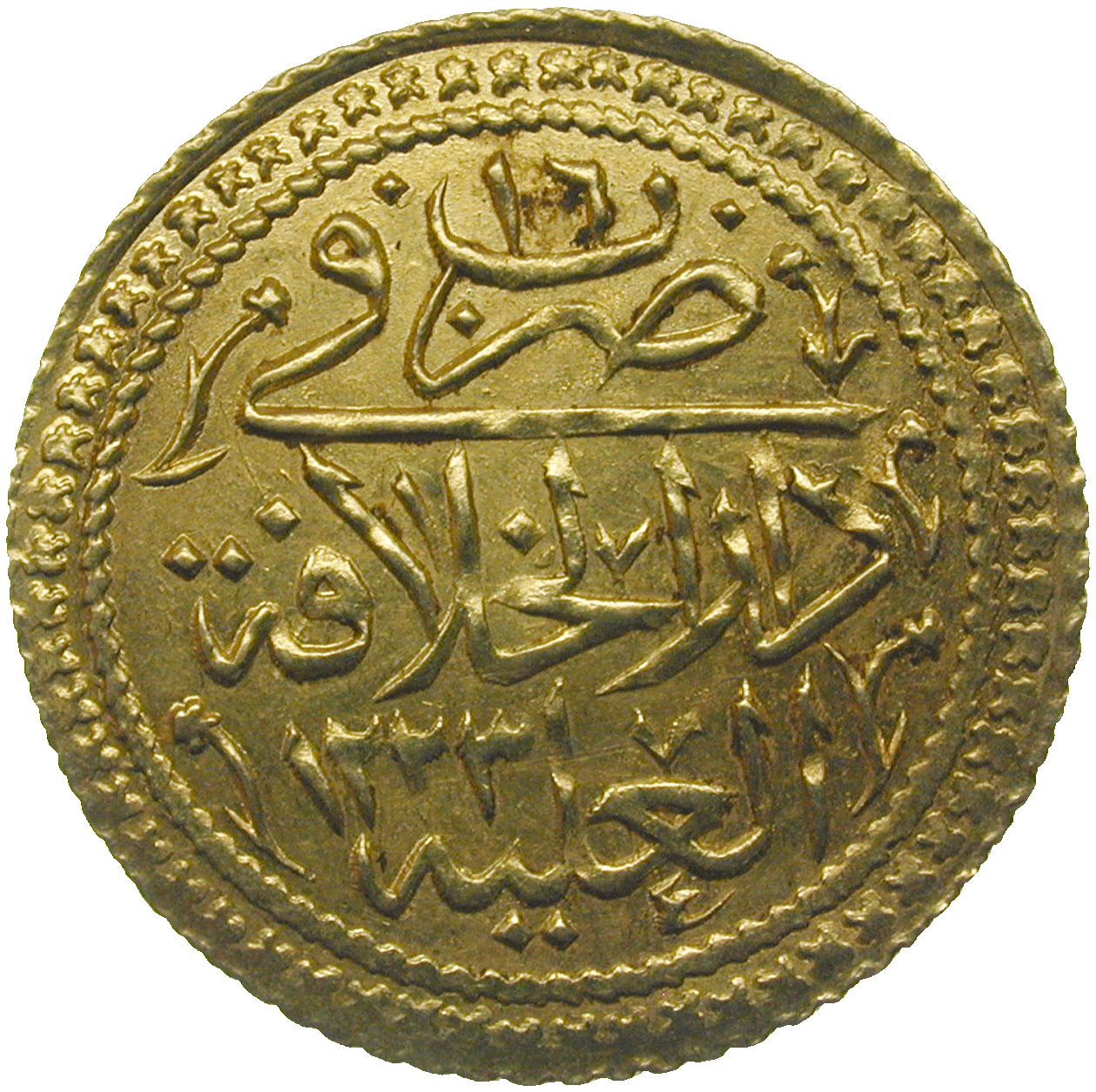 Mahmud's II (1808-1839) reign was marked by a disastrous depreciation of the currency. The coins weights and fine metal contents sank continuously – the weight of the golden altin was reduced from about 2.4 to 1.6 grams during that epoch. The devaluation was implemented over seven different emissions; with every new series, the coins became lighter. This surre altin was issued during Sultan Mahmud's 16th year in office. It weighs 1.6 grams and bears a Tughra on the obverse, an artful calligraphic symbol containing the name and title of the sultan and his father. The script to the right of the Thugra reads "'adli," "the Righteous." The reverse indicates the mint of Dar al-khilafat al-Aliya for Constantinople, the year of Mahmud's ascension to the throne and the year of his reign.