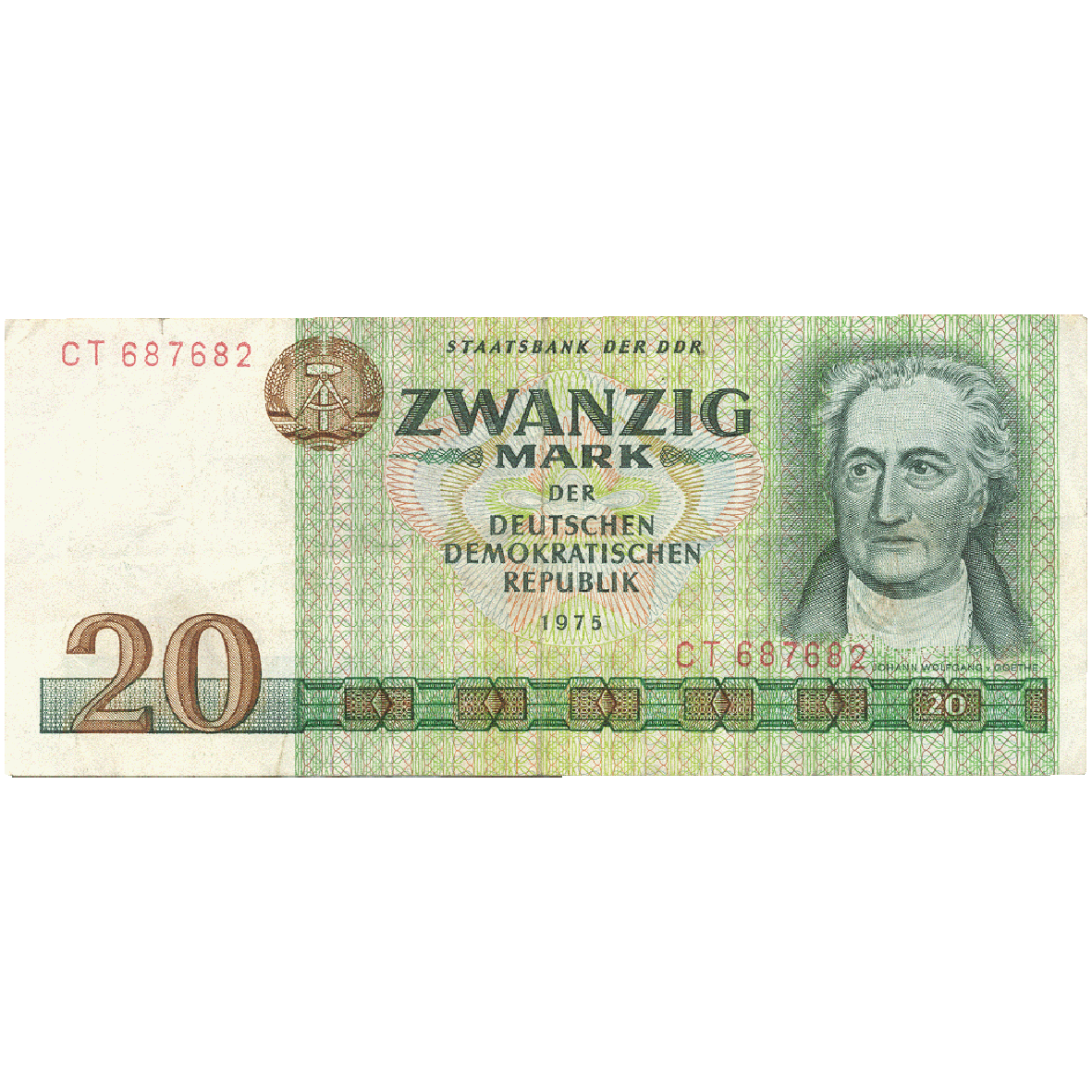 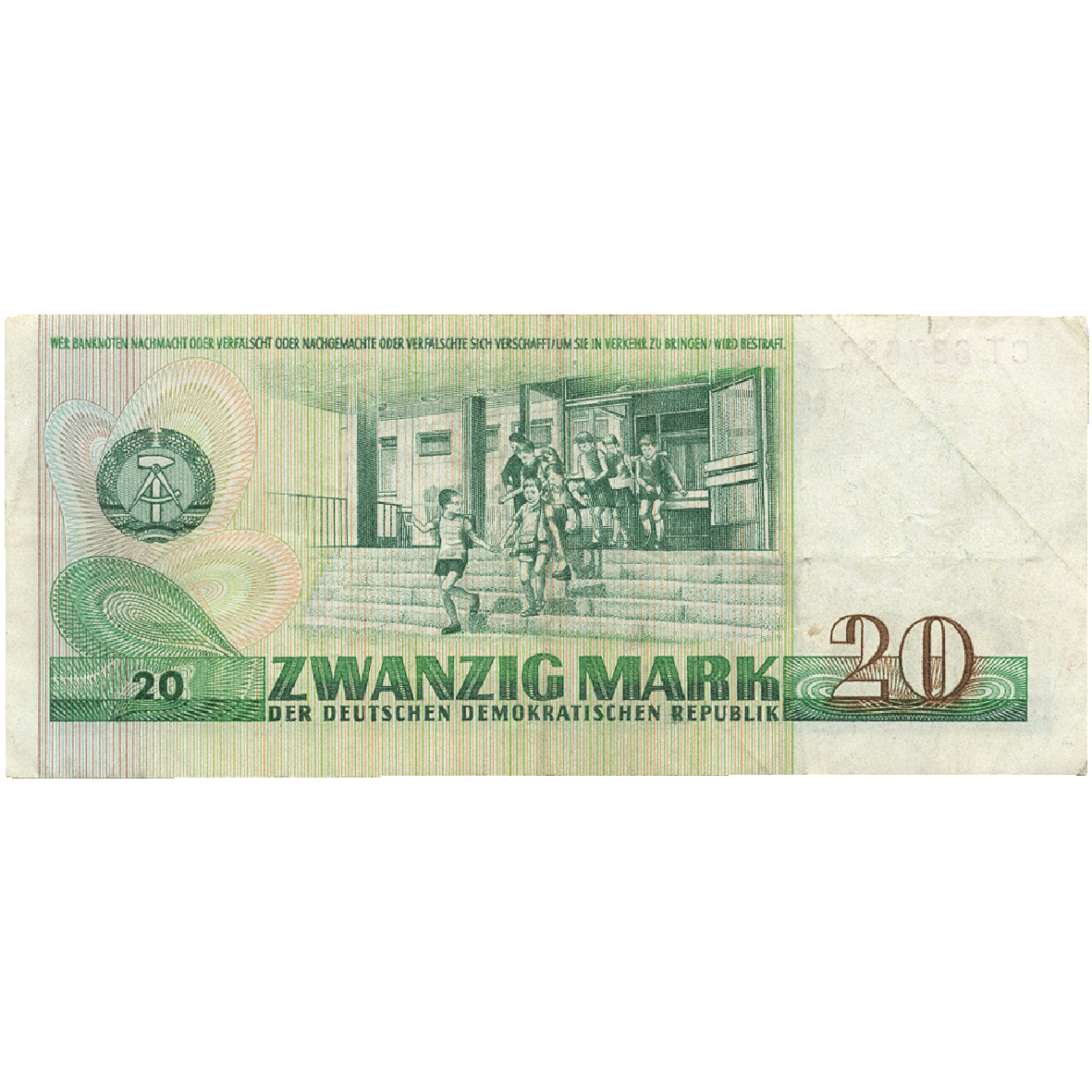 As from 1971, new banknotes were issued in the GDR. They all bore the images of renowned personalities, with the 20-mark-bill featuring Johann Wolfgang von Goethe (*1749, †1832). The reverse of this note showed several children leaving their school, which was to emphasize the importance of education in the GDR. These bills were put into circulation in 1975 and remained in use until the reunification of the two German states in 1990. Then the mark of the GDR was demonetized and replaced by the Deutsche Mark of the Federal Republic of Germany. This, again, was replaced by the euro in 2002.