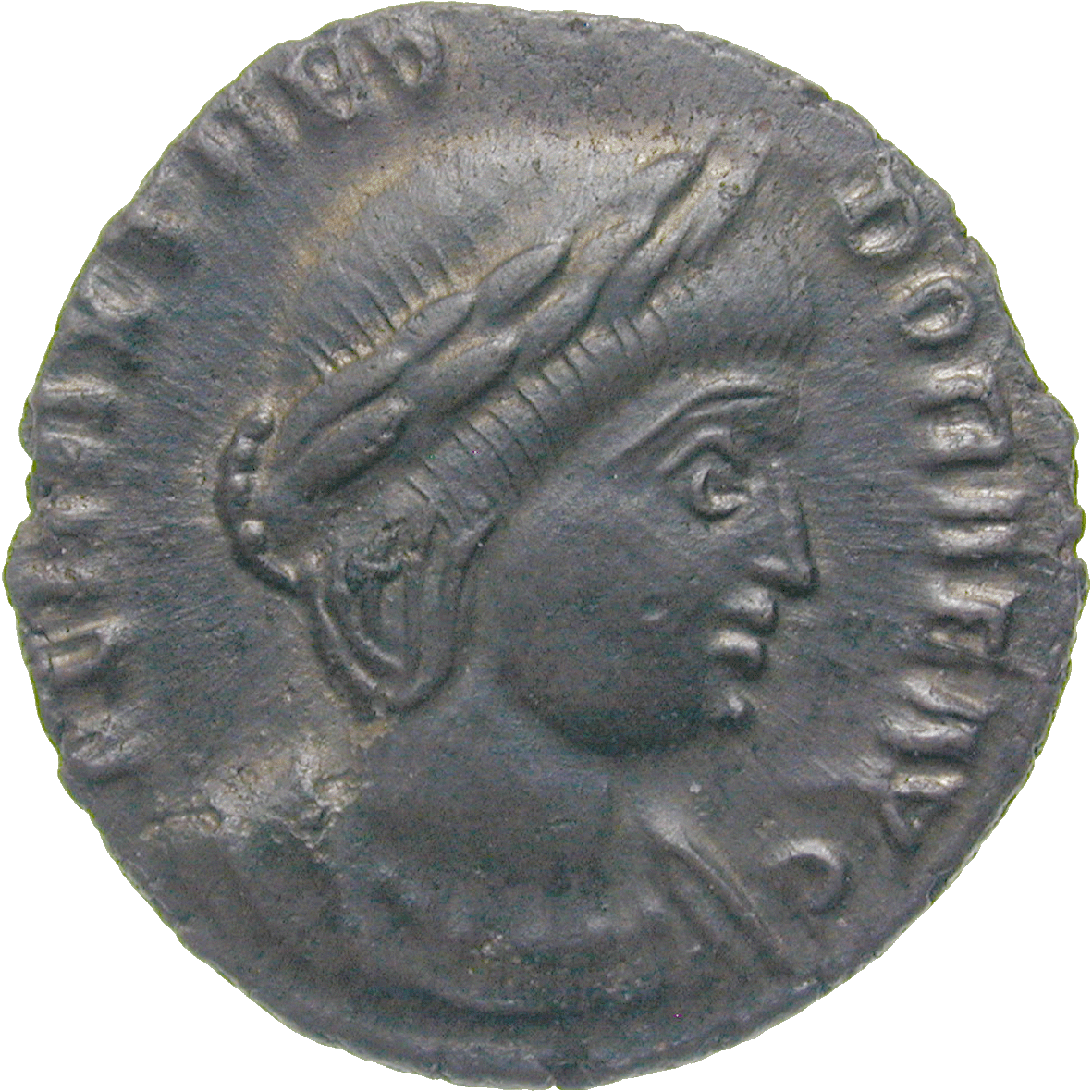 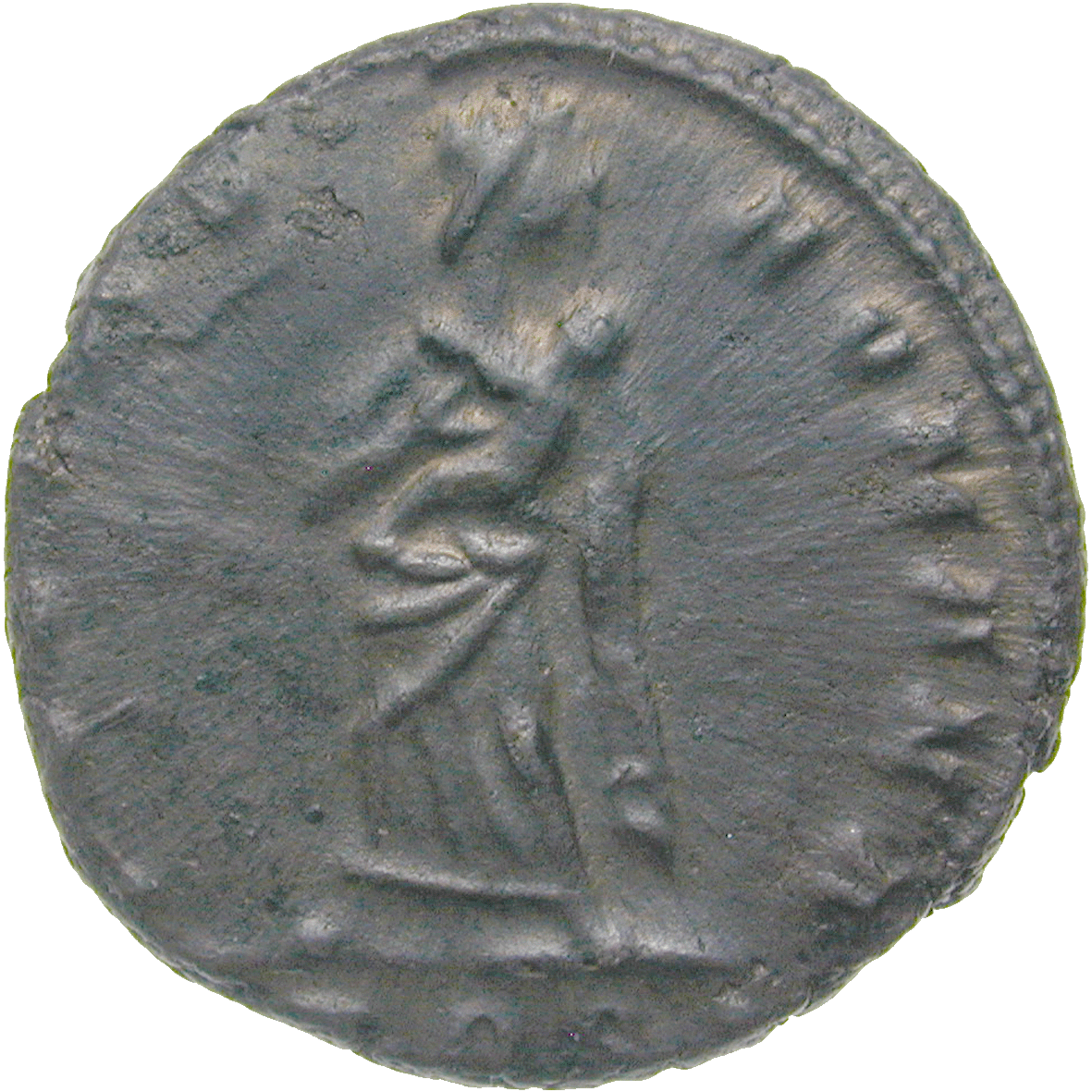 This bronze coin of Emperor Constantius Chlorus (305-306) shows on the obverse his wife Flavia Maximiana Theodora.

The reverse depicts Pietas, the personification of devoutness and duty to the state and the family. Pietas often appears on coins representing women of the imperial family, as she epitomized precisely the virtues that Romans found appropriate for their women. For this reason Pietas often carries a child in her arms.

Nothing much is known about Theodora's live. She was the daughter of Emperor Maximian, but whether she was his own child is subject matter of scholarly discussions. The year of her marriage to Constantius is controversial, too. In any event, Constantius most certainly married Theodora to strengthen his political position. The couple had six children, three girls and three boys.